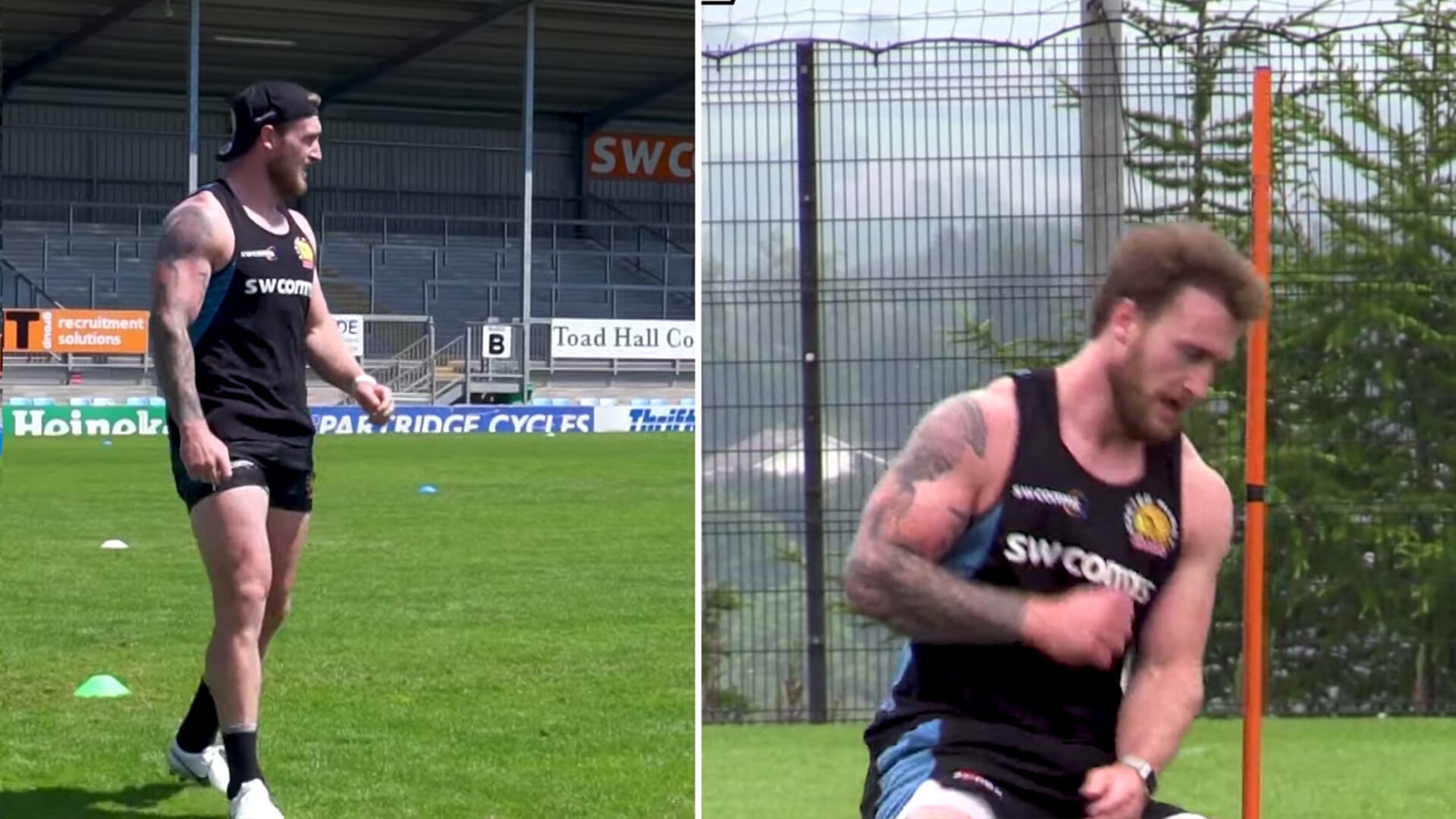 Scotland rugby star Stuart Hogg has revealed his incredible body transformation which he has undergone during the 4-month break which we had from rugby.

The Exeter Chiefs star man has been seen in numerous videos over the break from the sport, however, images released this week reveal just how much weight the Exeter Chiefs man has put on.

Hogg’s teammate Henry  Slade speaks about how lockdown has been for himself and his family.

The Scotland captain is considered to be one of the top players in Europe.

Exeter today released a video of their team starting stage 3 of rugby as they prepared to return back to full rugby.

Stuart Hogg does not appear to be massively different in size here.

RUGBY IS RETURNING! @ExeterChiefs are racing into another week of stage two training. pic.twitter.com/Zn9TX9HOe9

However, footage of the Scotland star in images that he posted on social media truly show us about how much weight the Scot has put on.

It is apparent from these images that Hogg has been hitting the gym seriously hard during these past few months.

Nathan Brown – Squatting a bit during lockdown I see stu boy , exciting year for the cheifs , looking forward to watching you play pal.

Dan Norris – Time in the gym is seldom if ever wasted.. looking in good condition.

James Allisson – Holy moly! Someone has been busy this lockdown. Great conditioning Mr Hogg. Good luck for the run in.

Exeter are firm favourites to become to the Number 1 rugby team in England now that Saracens are set to be relegated to the Championship. This Stuart Hogg transformation is impressive to say the least!