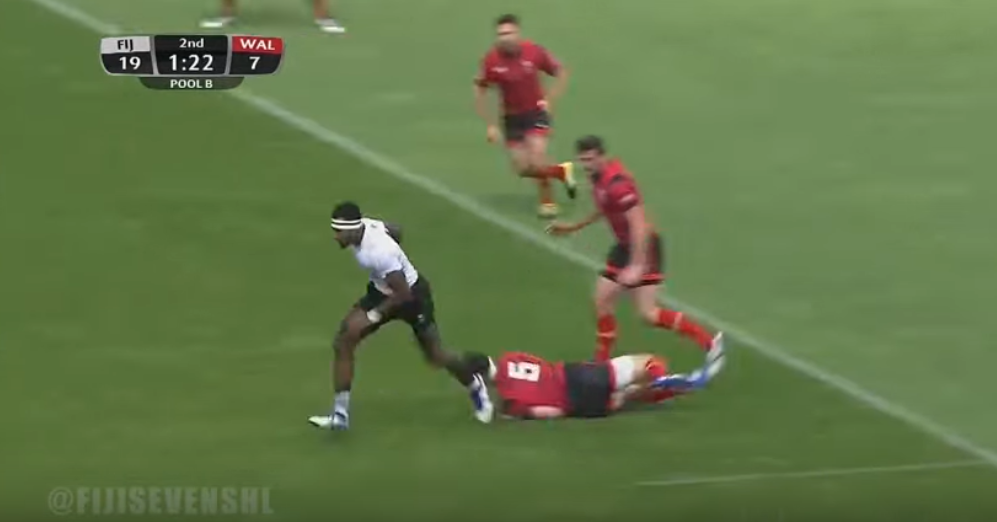 Semi ‘The Beast’ Kunatani 7s’ highlights reel is off the charts

Semi ‘The Beast’ Kunatani made the switch from backs to forwards why before big Matthieu Bastareaud started flirting with the idea.

The Teague name has long been associated with Gloucester Rugby, and that link has been renewed with the news that Rory Teague has returned to the club where he started his playing career as he takes on the role of Skills Coach.

Gloucester-born Teague began his playing career at Kingsholm before moving down the M5 to join Bristol. He subsequently spent several years playing in France before moving into coaching at a relatively young age as he took a role at Harrow School.

He has since gone on to build an impressive coaching resume, spending time with Saracens and Wasps before moving into the international arena with a successful spell as Backs and Attacks Coach with England U20s, a period that included the team winning the Junior World Championship in 2016.

Teague then worked with the senior England team as Skills Coach until he returned to France to join Bordeaux-Begles. Initially undertaking the role of Backs Coach, he then became the youngest Head Coach of a European top-flight club when he moved into that role in January 2018.

However, he now returns to where it all began as he joins Johan Ackermann’s coaching staff at Gloucester Rugby as the club’s new Skills Coach and Director of Rugby David Humphreys told the club website that he will be a valuable addition.

“In a relatively short space of time, Rory has gained a wealth of knowledge and experience coaching at a number of different levels. Working at age group and full international level with England, as well as with English and French clubs, Rory has developed a coaching philosophy that we fit well into our current set-up.

“As a club, we made some real progress last season. But we have to keep moving on, looking forward and continuing to make improvements. Rory’s appointment will complement the existing coaching structure and help us to move to the next level.”

Teague himself can’t wait to get stuck into his new role.

“I’m delighted to be joining Gloucester Rugby. Most people will be aware of the family connection with the club and it’s exciting to be coming back home and working with my hometown club.

“I’ve watched the progress that the club has made over the past couple of seasons, and have been very impressed with how things have moved on under Johan Ackermann. When I spoke to Johan and David Humphreys about their ambitions for the club, I quickly decided that it was something that I very much wanted to be part of.

“It’s a talented squad, it’s a strong coaching set-up and I’m looking forward to sharing the experience I’ve built up over the past few years. It’s incredibly exciting and I can’t wait to get started, especially the matchdays at Kingsholm in front of the incredible Gloucester Rugby supporters.”