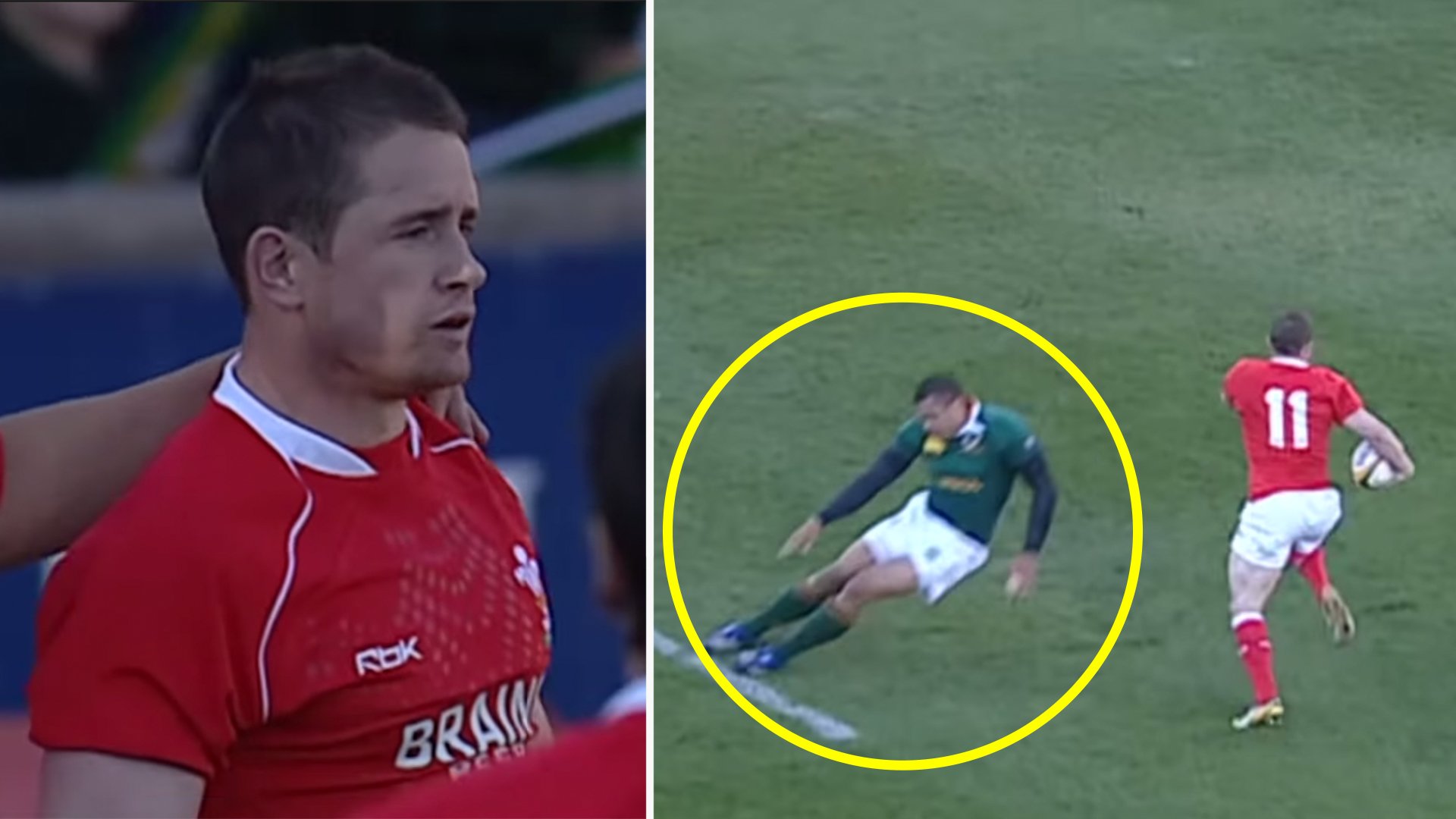 Back in 2008, Shane Williams came up against the Springbok sensation that was Bryan Habana.

Many rugby fans expected Habana to dominate Williams in this match. However, the 25-year-old Bok was no match for the quick feet of Williams.

Habana was 2007’s International Rugby Board player of the year after his eight tries helped South Africa win the World Cup, while Williams is one of the five nominees for 2008 after scoring six tries in Wales’s grand slam success, making the difference in tight matches. They are both opportunists, roaming the field rather than waiting on their wing for a pass. Although they were both named on the left-wing, their habit of looking for the ball made for a great contest on the left-wing.

Shane Williams not only destroyed Habana in this game, but the whole Springbok team.

This performance by Shane Williams against South Africa was one of the reasons for their fall from grace in the sport. No doubt.

Returning former All Blacks star Nehe Milner-Skudder has opened up about his desperate struggle since bursting onto the test scene in 2015 – revealing a string of injuries forced him to “some dark places” and made him consider giving up the game.

In a open-hearted interview with former teammate Ardie Savea, Milner-Skudder credits his wife Hannah for his resurgence and admits that he came close to quitting.

Milner-Skudder has not played rugby in 18 months, with his last appearance coming for the All Blacks against Japan in November 2018, but recently announced that he would join the Highlanders for Super Rugby Aotearoa, set to start next month.

The 29-year-old first hit the headlines with his dazzling feet and strong running with Manawatu and the Hurricanes; and scored twice on test debut against the Wallabies in 2015.

He scored ten more times in 12 tests, starring at the 2015 World Cup before frequent injury troubles hampered his progress. Milner-Skudder signed a lucrative three-year deal with Toulon in 2018 but a shoulder injury kept him from featuring for the French giants.