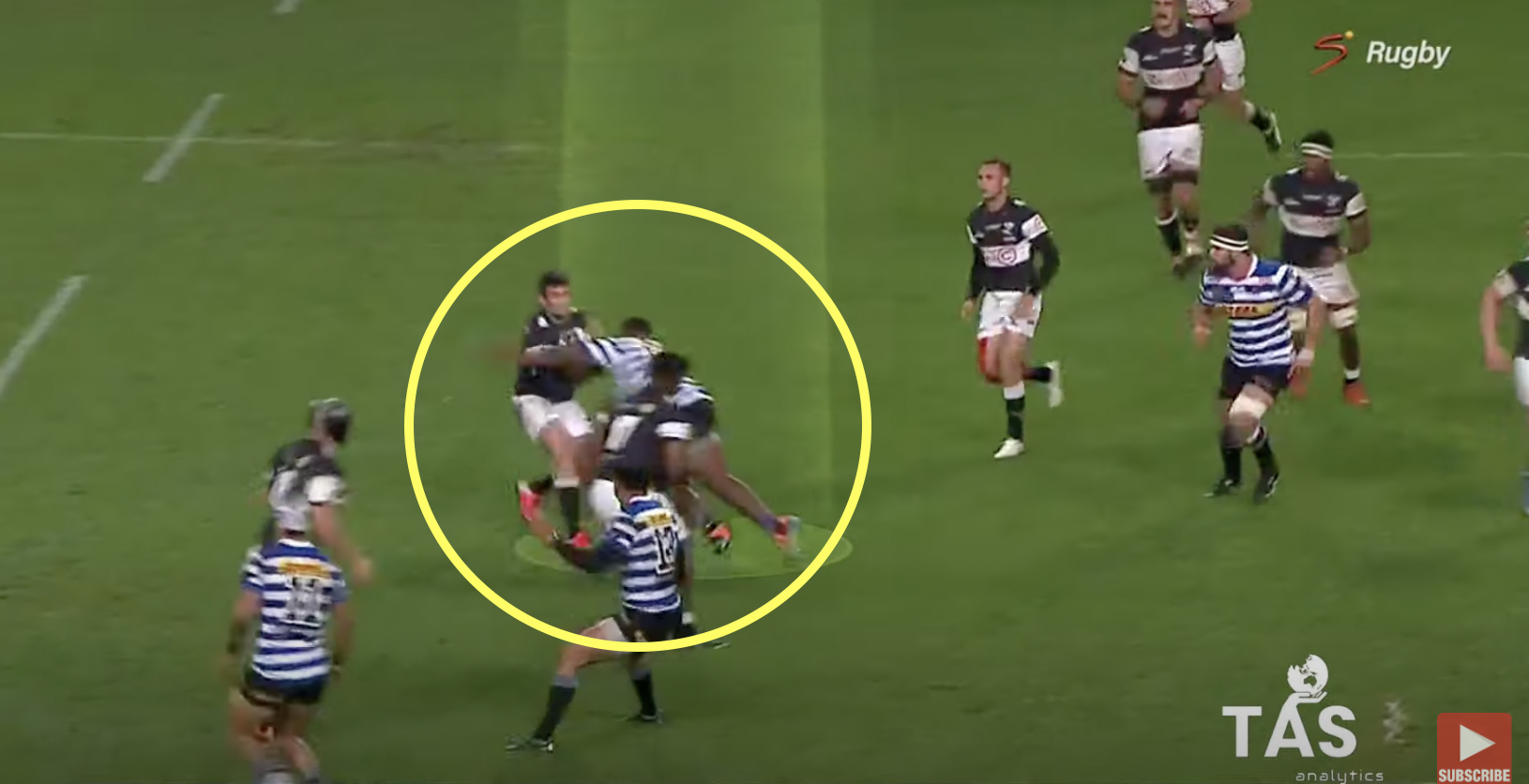 Sharks 10 turns into human tackle bag for prop to flatten

There is no player on a rugby field that is more like a sitting duck than a standing second receiver that has just been passed the ball from their No10. When they have no passing options either, they effectively become a human tackle bag for a tackler to get a ten metre run up to hit. The Sharks’ Lionel Cronje found this out the hard way at the weekend.

The fly-half Cronje was standing at second receiver at one point against the Stormers and looked up after catching a pass from fullback Curwin Bosch to see his two forward options had overrun his pass. At the same time he would have seen prop Sanzi Sandi charging his way ready to cut him in half.

Perhaps the most impressive thing about this whole sequence is that the Sharks were able to retain possession. Sandi’s dominant tackle meant he was able to get to his feet straight away and compete for the ball, but Cronje was able to present the ball.

Though it is not in the clip, it would not be surprising if Cronje had a few choice words for his forwards who left him up the proverbial creek without a paddle.