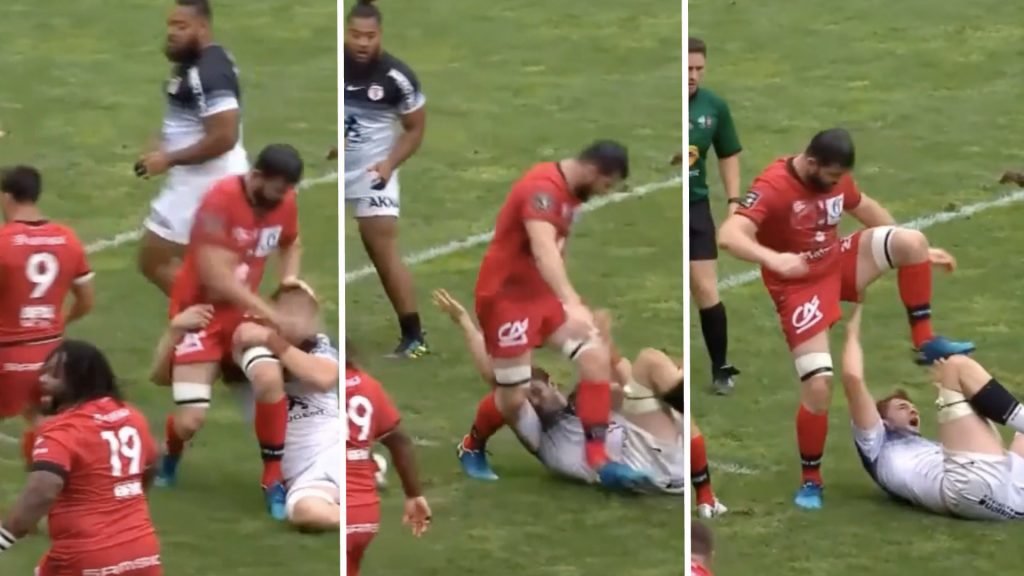 This isn’t a good look, but to be perfectly honest, being stamped on is pretty common in the Top 14. French rugby at club level is notoriously brutal in terms of fighting and all around fracas.

The fact that Richie Gray got stamped on in the chest here after illegally holding on to a player will bring no surprises to anyone who regularly watches this league.

It’s been a tough few weeks for Richie Gray after he turned down a chance to appear for Scotland at the World Cup. He has had his critics for the decision that he made, however he has been playing some brilliant rugby for French outfit Toulouse since he joined in 2016.

Finn Russell ⁦@finn_russell⁩ who starts for Scotland v Georgia in Tbilisi can understand why Richie Gray turned down a Scotland call-up and calls on everybody to give him a break and respect his decision. My piece in ⁦@ScotMailSport⁩ . pic.twitter.com/8PdesrJdr1

In the offending video, Gray is seen holding onto Lyon forward Loann Goujon for far too long before he is smacked to the ground and subsequently stamped on. The stamp itself was relatively pain-free but you can tell that the Lyon forward had to do all he could to restrain himself from putting his full power into the stamp.

Goujon recently apologised on his twitter for the stamp, saying that it was a “stupid act of annoyance”.

“I still wish to apologize to my teammates, the club and the fans for this stupid act of annoyance, which was far from voluntary, but which penalized the team until the end of the match. Thank you all for the support you give us every weekend.”

The video of Gray being stamped can be viewed below, it’s pretty tasty to say the least but we’re some will argue that if Gray didn’t hold on for long then he wouldn’t have been stamped.

Do you think Goujon deserves to be banned for this stamp, or do you believe that he was in his right to try and get Gray off him?