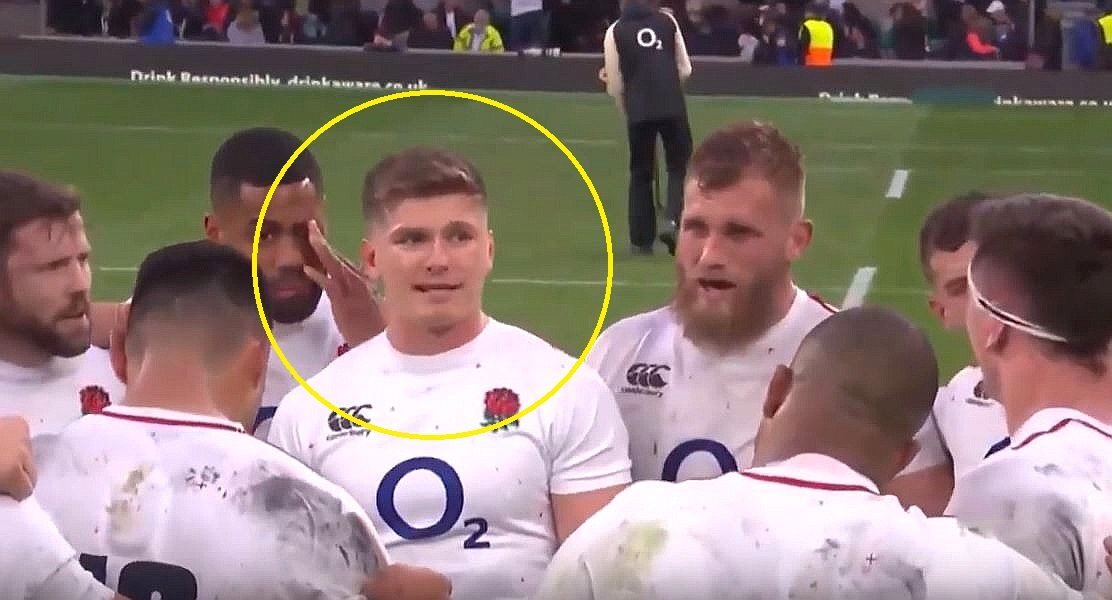 This new audio that was picked up during England’s Six Nations match with Wales this year has given a startling insight into the England teams half time team talks.

This was truly shocking from the English captain.

best twelve in the world?…

The game had been a fiercely fought affair between the old rivals in a match laced with controversy.

The Saracens fly-half had already been embroiled in a tussle with his opposite man, Dan Biggar, in a shove off the ball that riled Welsh fans.

There was also more boiling point moments in the game with several high challenges that led to bans after the contest.

This new audio was picked just after the half time whistle – as Farrell called in his men for a quick talk before heading into the changing rooms. He didn’t mince his words here!

Watch this shocking speech at your own discretion

The 21-year-old has signed a new deal to keep him in north London until 2022 and he will also make the step up from the Senior Academy to the first-team squad.

Reffell made Saracens history in February 2019. The then academy flanker made a massive 39 tackles for the first team in the Premiership Rugby Cup semi-final win at Worcester Warriors, overtaking club legend Jacque Burger’s previous total (34).

“I think this is the best place to develop as a player,” the forward told Saracens.com.

Capped by England at Under-18 and Under-20 level, Reffell is another exciting product of the Academy who has shown great potential in his 19 appearances for Sarries to date.

Reffell has gained important experience this season, most notably making his first two Champions Cup appearances and starting in Premiership fixtures against Leicester Tigers and Wasps.

His performances in this season’s Premiership Rugby Cup saw him shortlisted for the breakthrough player award as Sarries reached the semi-final stage.