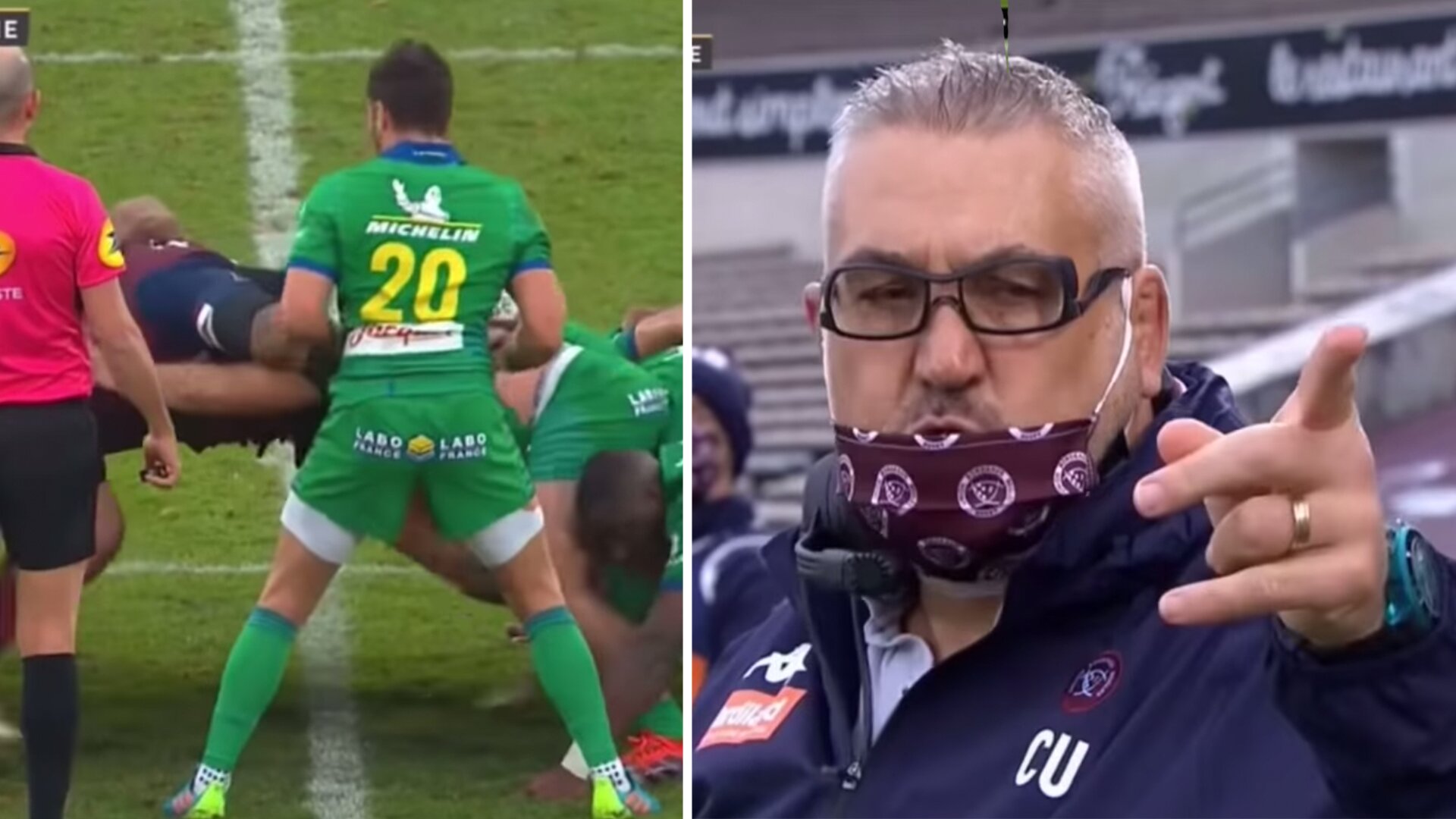 There was a surprising moment in the Top 14 in France as Bordeaux rugby coach Christophe Urios is heard telling the Clermont coach to shut up in no uncertain terms.

It comes in the Saturday Derby as both teams fought a highly contested match which ended in a 16-16 draw.

One fan commented on the remarks made by the Bordeaux coach saying, ‘Is this the kind example the coach wants to give young fans watching rugby? He should not put pressure on the referee and the coach like this!’

Another fan had similar things to say about the incident.

‘There has been 2 times the coach has told other coaches to shut their mouth. this is not in a spirit of rugby and it should not be allowed.’

A win for Bordeaux would have seen them LeapFrog Racing 92 in a table.

Many rugby fans will not happy at all with the audio that was picked up by the microphone. They say that the comments made at the Bordeaux rugby coach made were not in a spirit of rugby and it is the sort of behaviour you see in a football match.

The channel called rugby interview put the video on their social media and it has already garnered 50,000 views in 9 hours.

Here is the moment you can see the coach launching the foul-mouthed rant on the Clermont leader.

Rugby is continuing in France despite the Prime Minister cancelling all travel into the country from other elite rugby teams. This saw the Champions Cup this weekend temporarily postponed for two weeks. In England we saw no rugby this weekend apart from Saracens playing Ealing Trailfinders. Ealing recorded a famous win.

Similarly in the Pro14, there were no rugby matches apart from Glasgow playing Edinburgh in Scotland.