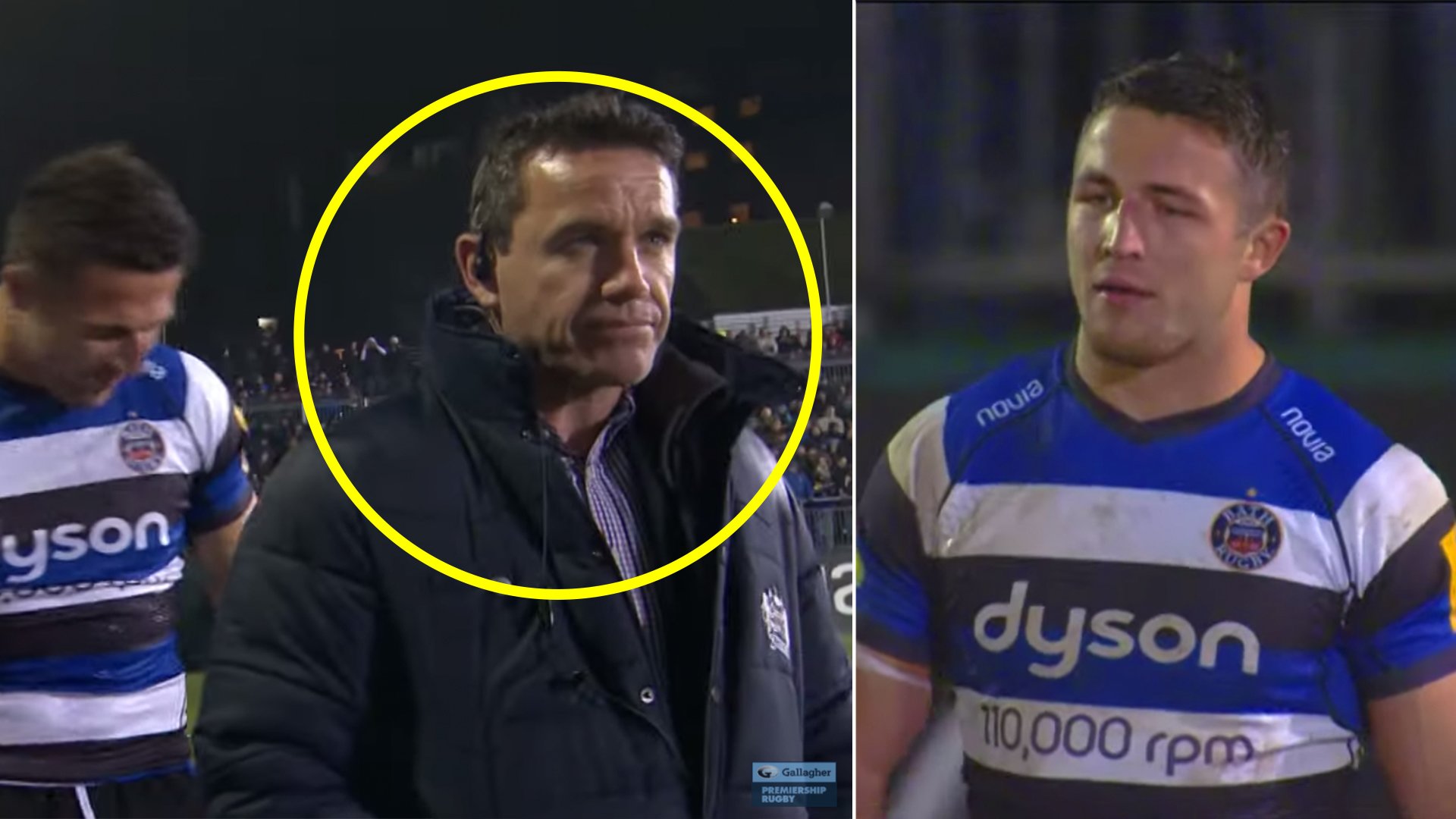 A video that was released in 2019 showing just how good Sam Burgess was at Rugby Union is proof that he was sabotaged to fail in rugby by outside forces.

For anybody out of the loop, Sam Burgess was brought into Rugby Union from Rugby League in 2014. He was UNREAL at Rugby League being one of the top players in the World.

He was selected to play for England in the 2015 World Cup, and after they crashed out spectacularly early, Burgess was made the scapegoat by large swathes of English rugby!

Recently, the Rugby League star has spoken out about how he felt like actors such as Mike Ford played a negative role in how his time in Union played out!

Speaking in an extensive House of Rugby interview, Burgess candidly gave his version of what allegedly happened during those months between him earning selection in Lancaster’s World Cup squad and his hurried departure from Bath back into the arms of the Rabbitohs in Sydney.

“I went into the World Cup and the politics went through the roof,” he said. “You can all read between the lines. I think Mike Ford wanted the England job and George playing ten, and Owen (Farrell) at ten and me twelve, there was a lot going on behind the scenes that people don’t quite understand that influenced a lot of outside opinions.

We wondered yet again why Sam Burgess did so badly in rugby union.

After watching an incredible video that Rugby Jubbly put together online, we have come to the conclusion that Sam Burgess was royally done over.

The Rugby League star only played a handful of games in Rugby Union but was explosive as possible in those matches which he did play!

This video shows how he should never have been allowed to leave Rugby Union!

He could have been one of the greats of rugby in England!