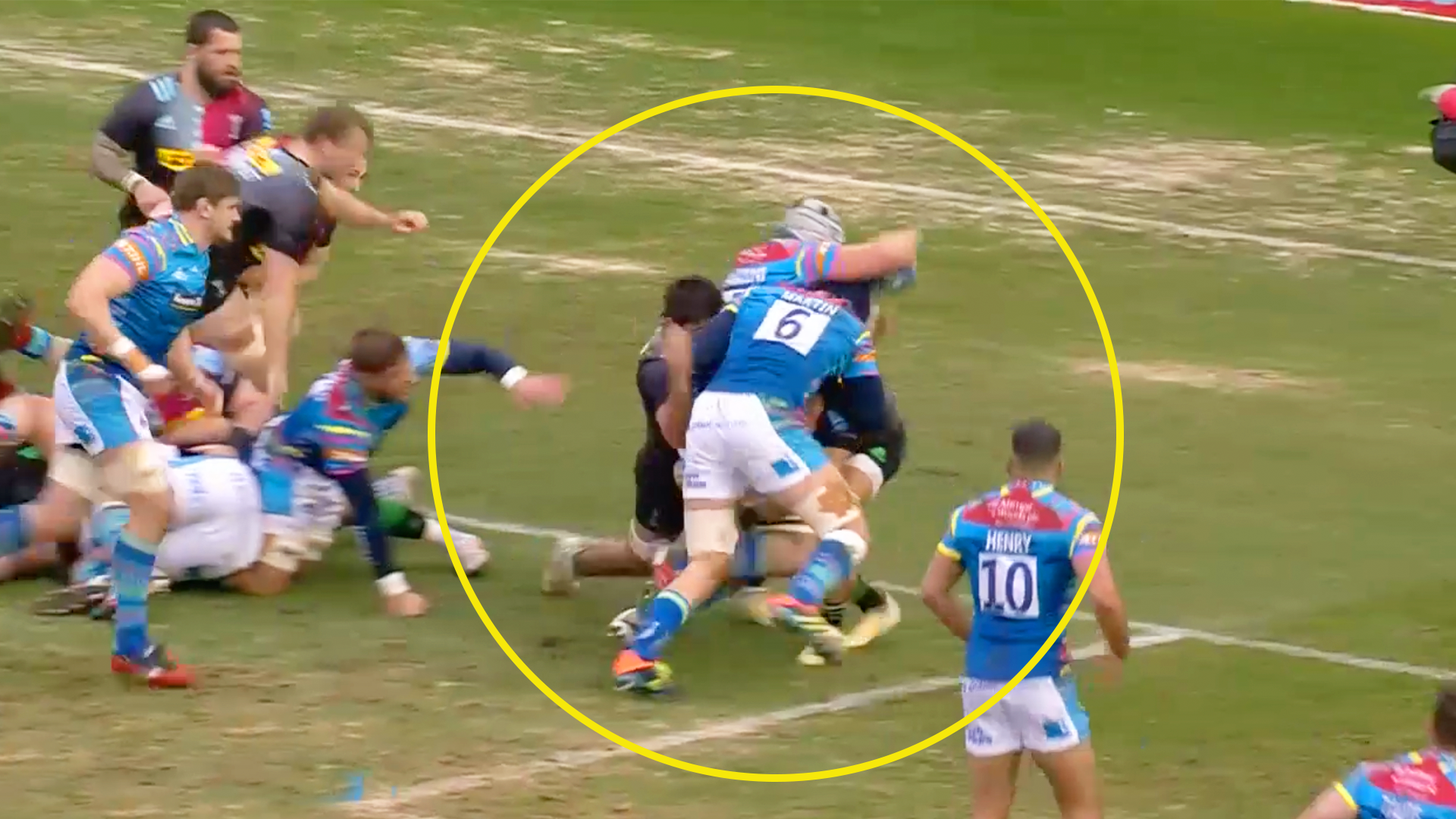 It was a frantic weekend of rugby in the Six Nations with England Rugby overcoming the Azurri at Twickenham.

Eddie Jones went with what he knew against the Italians with much of the same team featuring on Saturday that played in the World Cup final in 2019.

One man that wasn’t on the Twickenham turf on the weekend, was busy tearing it up for Quins against the Leicester Kittens just across the road from England Rugby HQ.

The moment from this England outcast came in the opening minutes of the Gallagher Premiership clash with a sensational hit that will have caught the eye of Eddie Jones.

The man on the receiving end was Argentinian forward Tomás Lavanini who weighs in at around 130kg. You wouldn’t know it from watching this savage war hit.

watch the incredible moment in the video below

Joe Marchant putting Tomás Lavanini on his back like it’s nothing – easy 40kg weight difference there 🤯 pic.twitter.com/RN50P5VOO1

All we’re saying is, get the man on the phone Eddie.

Joe Marchant is back in England after a season with the Auckland Blues in New Zealand and he’s already tearing it up.

We knew the 24-year-old was known for his lightning pace and footwork – but we didn’t knew he also worked as a chiropractor.

Arguably Joe Marchant’s most famous moment in a Quins jersey came back in 2019 with this incredible finish at The Stoop.

We may never, ever see another try like the one Joe Marchant scored at The Stoop last season…

With this new skill in his armoury – the young centre should surely now be on Eddie’s watchlist to come into the England rugby team for Wales in two weeks time.