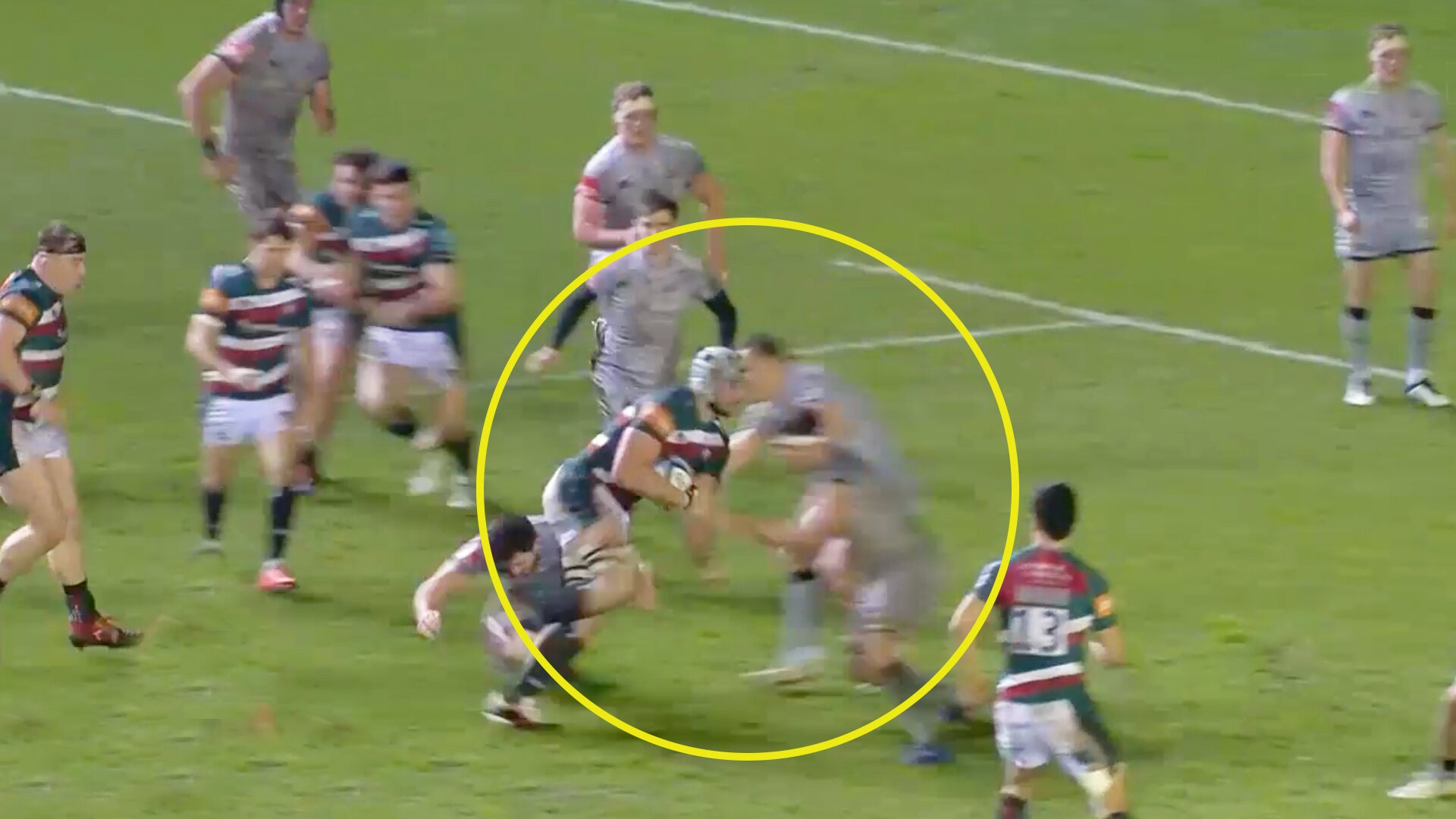 This ground-shaking hit came from England in the Gallagher Premiership as Sale Sharks travelled to Welford Road on Friday night.

The Sharks captain Jono Ross put in a game-stopping hit that had fans raving on social media.

After this stunning moment, you surely have to ask – why isn’t Eddie picking him?

Sale Sharks gave Leicester a good old fashioned hiding last night and this Jono Ross moment was probably one of the most savage that we’ve seen in months.

The 30-year-old back-rower has been knocking on the door for an England call up for years now and we feel this hit could be what finally turns Eddie’s head.

Watch the savage Jono Ross tackle in the video below.

The English qualified Saffer could well be finding himself thrust into the upcoming Six Nations if he keeps coming up with hits like this.

Fans on socials were waxing lyrical about the titanic shot from the Sharks skipper. Well, this chap did – no idea what he’s saying though.

Others were so baffled at how the Saffer suffocator was seemingly all over the pitch – that they resorted to crying cheat as a means to explain it away.

Love to know how Jono Ross is not offside and stopping us playing the ball before Yarde kicks through.

As for Tempests intriguing definition of “level”, if only there was a great big white line to help him.

Jono Ross not a shoulder in the neck? Or is it only Tigers hits that Tempest wants to check.