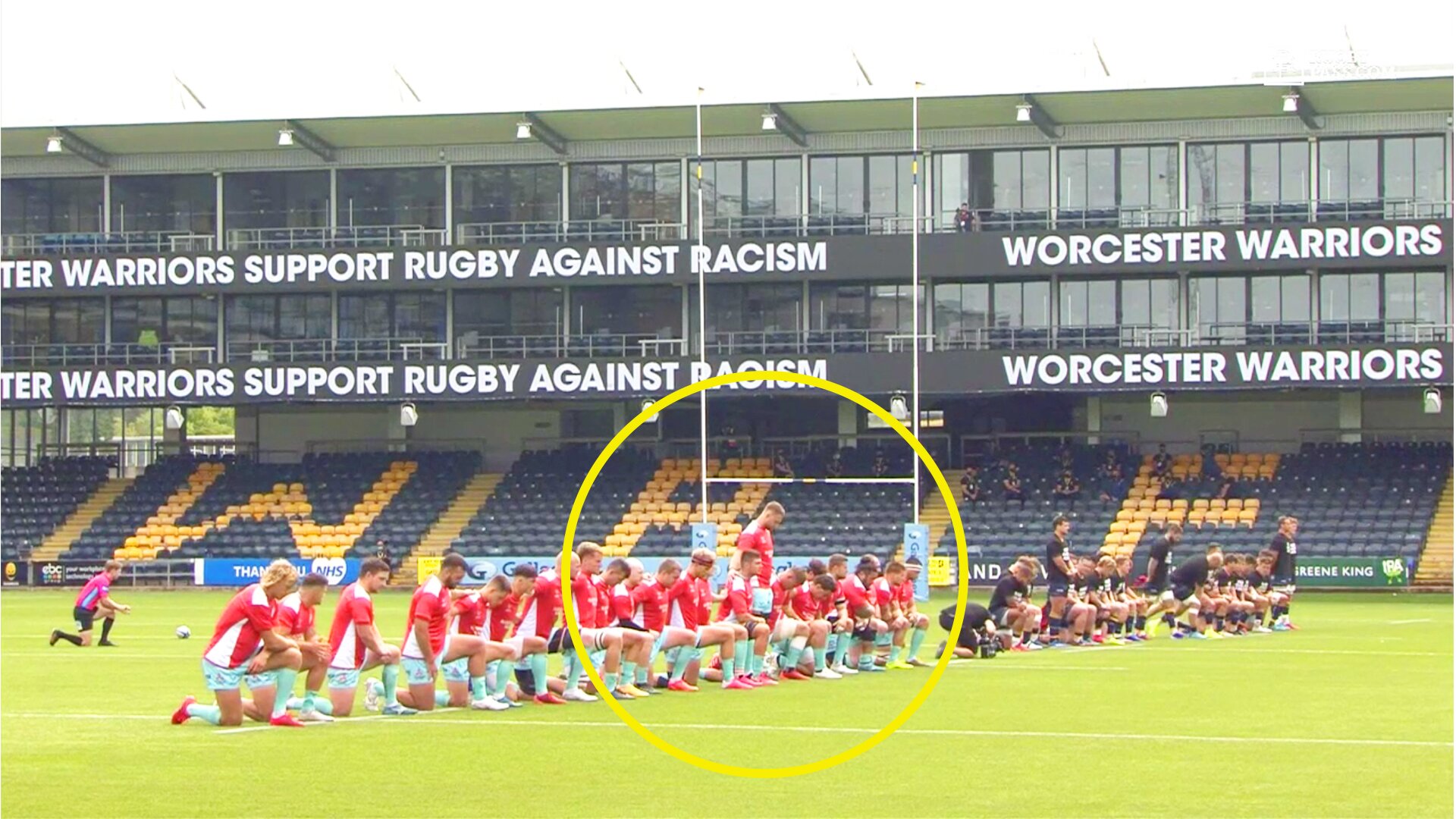 Premiership rugby is back this weekend and with it a new gesture from English clubs after the BLM movement earlier this year.

Each club stated this week in the run-up the Premiership restart that they would each be taking their own approach to the new pre-match rituals that each club has adopted.

We saw last night as Harlequins players all took a knee before the match as Sale Sharks players wore shirts with an anti-racism slogan on.

We saw in today’s early kick-off between Worcester Warriors and Gloucester as all players wore t shirts with slogans, however, individuals decided how they wanted to respond with some choosing to kneel and others to stay standing.

Their has been huge commotion on social media as users react to the decisions players make before the game.

Good to see that most of the @SaleFC Rugby players didn’t feel the need to “take a knee” last night against @Harlequins. Individual choice is important! pic.twitter.com/BjNk50t6kC

Now Rugby is divided on taking the knee, too.

Oh no some of our rugby players did end up taking the knee – do they not know what Black Lives Matter stand for or have they been coerced! 😡

In the lead up to yesterdays Premiership opener, BT Sport released a powerful BLM video featuring three of the biggest names in rugby – Ugo Monye, Maro Itoje and Ellis Genge.

Monye’s story has shocked fans as he talks about his first experiences of racism at just two years of age.

This is a must-watch not only for every rugby fan, but for every single person.

This is why black lives matter.

We must all stand united in the fight against racism. Every. Single. Day.

The new feature currently has 140,000 views with fans and players responding in their masses. What did you think about the pre match rituals this weekend?