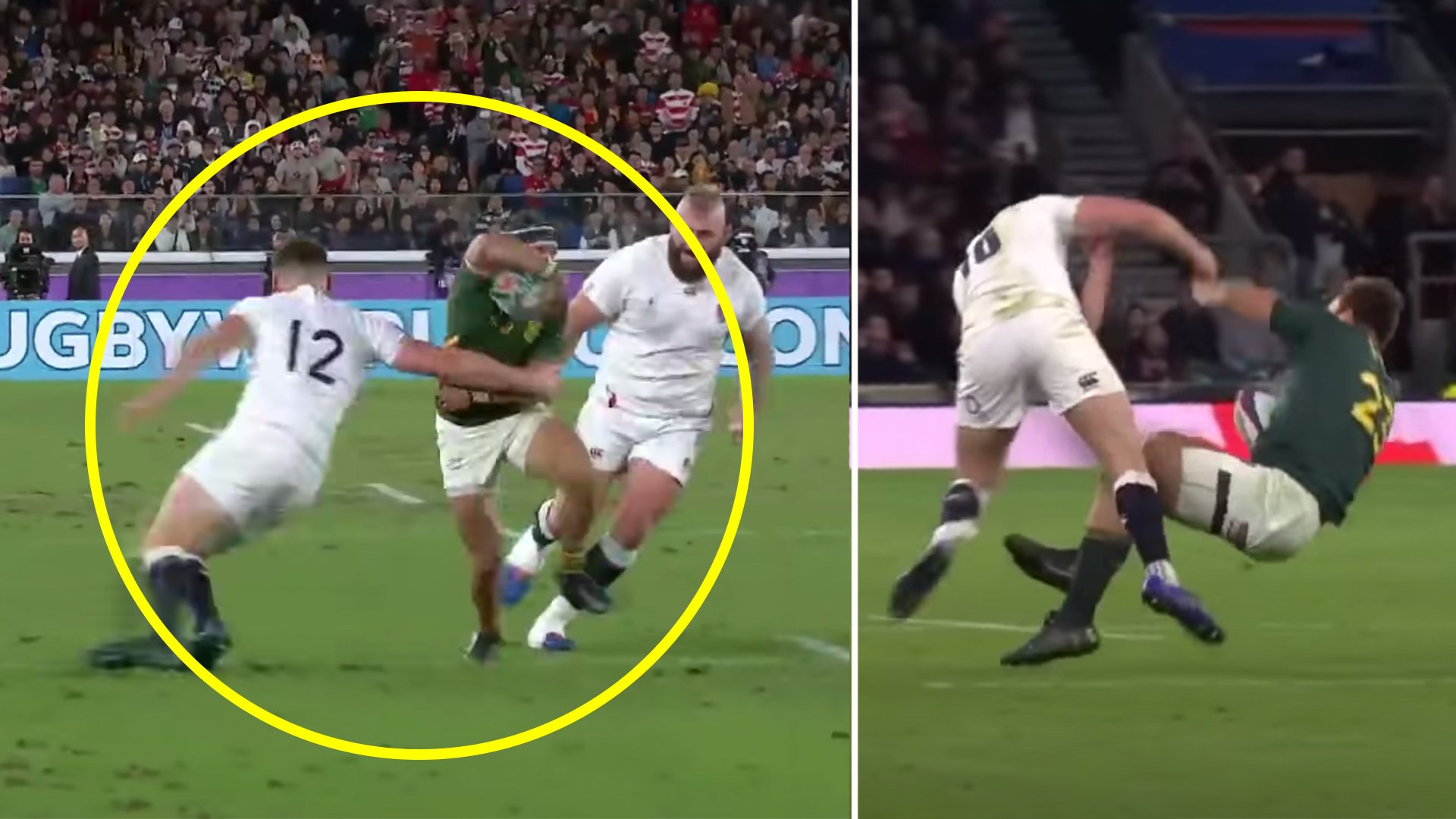 Someone has finally made a compilation of Owen Farrell’s defence throughout his rugby career and it makes for truly horrendous viewing.

The England centre has got a bad press in rugby from his opponents for his abrasive playstyle which gets fans saltier than cured meat.

Viral videomaker Andrew Forde pulled this sensational compilation showcasing some of the worst moments in his defensive plays.

Some of the classic tackles feature in this compilation, like the tackles that he made and missed against the Springboks! However, there are also some additional videos in there showing some of the other poor pieces of defence from Owen Farrell’s defence!

In other news rugby fam: Bristol Issue Statement on change in Salary front

Bristol Bears have come out in support of the changes to the Gallagher Premiership salary cap having initially slammed the proposals in an open 700-word letter written by billionaire owner Steve Lansdown on May 18. Around that time, Lord Myners’ extensive 55-page salary cap review had laid bare the deep financial black hole that exists in the game in England.

The report highlighted how the 13 Gallagher Premiership shareholder clubs lost a combined total of nearly £89million in the two years prior to selling a 27 per cent stake to CVC Capital Partners. Bristol, though, were one of three clubs reportedly wanting to veto any plan to reduce the Premiership salary cap to closer to £5m per year and to scrap the marquee player rules.

“We support the current salary cap,” wrote Lansdown last month. “We believe the Premiership should foster and encourage ambition, while ensuring that clubs show financial prudence and planning. In previous seasons, Bristol Bears have not spent up to the salary cap. Instead, we have made the right decisions – in recruitment and for the business – to ensure that we can be competitive while still meeting the Premiership’s salary requirements.”