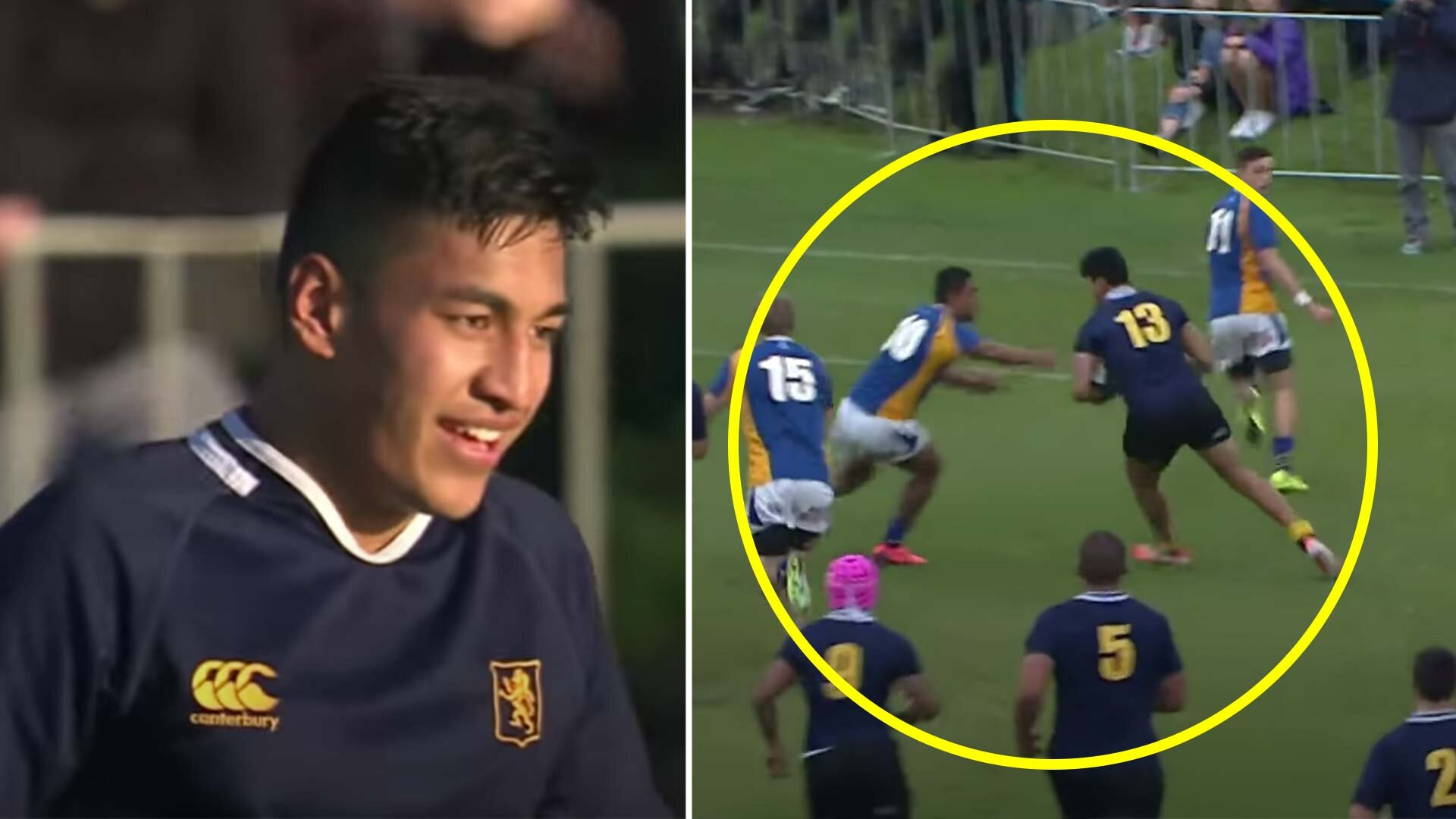 A video has been released this morning revealing Rieko Ioane’s stunning highlight reel just three years before he became an All Black.

The video was made by Rugbypass and it shows the Blues winger back when he was playing for Auckland Grammar.

The video is surprisingly in High Definition quality and it show’s just how incredibly dangerous he was on the ball. These day Rieko plays on the wing for the Blues and the All Blacks.

However, this video shows the youngster playing at centre, a position which he looks more than suited to.

It is incredible to think that this video show Rieko Ioane’s highlight reel from just three years before he became an All Black, it truly portrays just how skilful this young man is as he stands out above the other players who were the same age as him.

Auckland Grammar is one of the top rugby schools in the World and in this video he played alongside Chiefs utility back Shaun Stevenson.

Watching those two young players in the same team at schoolboy level is impressive as you can see them both carving up the opposition in this video.

Rieko Ioane established himself firmly on the World stage in 2017 with strong performances by the Blues, only to be followed by an incredible first season with the All Blacks, scoring multiple tries against the Lions, as well as against most of the top international teams in that season.

In the past year or so he has struggled to thrust himself back into the main spotlight like he once was, however under new All Black coach Ian Foster that could all change again.

Here are Rieko Ioane’s schoolboy highlights from 2014 when he was just 17.

Look at how he stands out above his opposition in this incredible highlight reel!