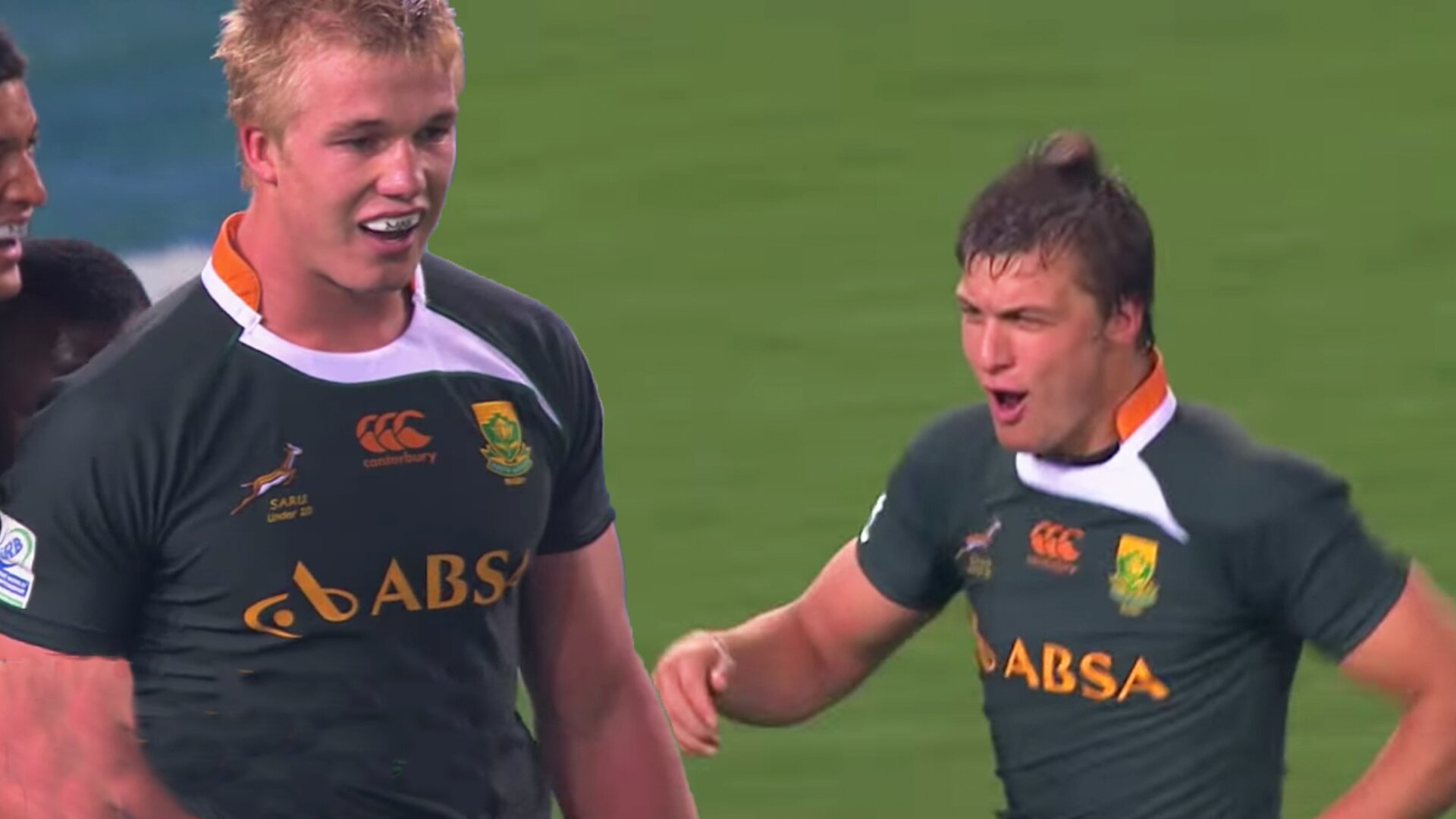 We have been sent in this footage from the Junior World Cup in 2012 – and it’s outstanding.

The Baby Boks team featured many of the tournament winning heroes of the 2019 World Cup win in Japan as young teenagers in this competition, held in South Africa.

Have we ever seen such a stacked Junior World Cup side?

This video shows the final of the tournament at Newlands, between South Africa and New Zealand.

It’s clear that even at this early stage in Pollard’s career, he was an exceptional goal kicker, as we see him slot a series of first-half penalties for his side – to leave the score at 10-9 to New Zealand going into the break.

In the second half, we see Kitshoff and Du Toit demonstrate their immense power in the scrum as they shove back and dominate the All Blacks pack on their own line.

not much longer to wait… we hope

The rest of the world watching Super Rugby like why can't this be us. #SuperRugby #SuperRugbyAotearoa pic.twitter.com/gLE1o1lPkL

An incredible moment in this Junior World Cup final came when the ball fell to Pollard 45m out from the opposition posts.

We watch as he audaciously elects to go for the drop goal from all that distance out. The Newlands crowd went wild as the long-range effort sailed through the posts.

The decisive moment in the Baby Boks win came late in the match as man of the tournament, Jan Serfontein, spun out of multiple tackles to score in the corner to send the home crowd into frenzy.

The home side managed to hold out to record a 22-16 win over their fierce rivals.

Have we ever seen such a star-studded Junior World Cup side in this competition?

This kind of win was no doubt invaluable to the Springbok players who went on to achieve the greatest of success for the men’s senior side later down the years.