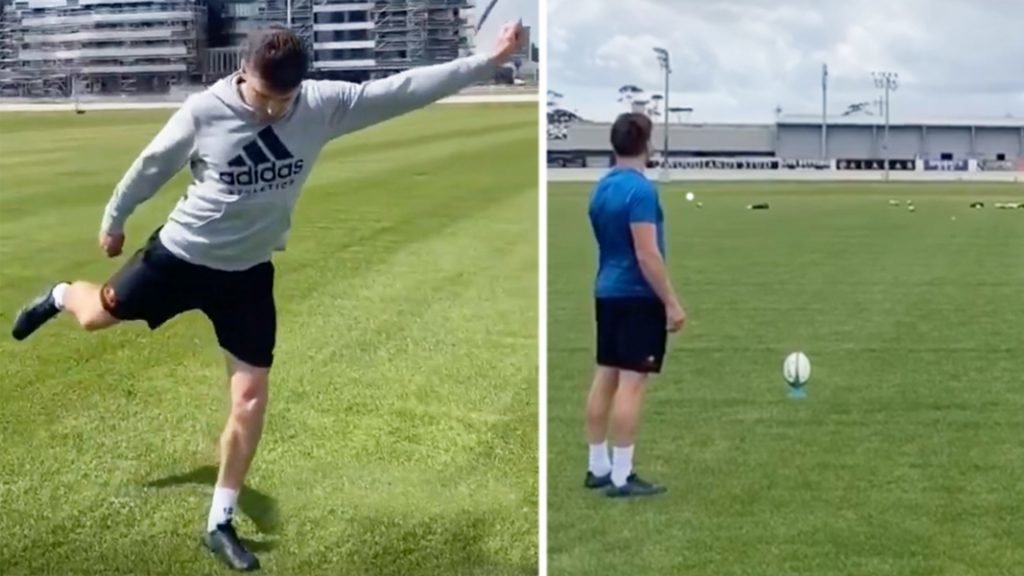 Someone is FINALLY teaching Beauden Barrett how to kick

Beauden Barrett is known as many things in the rugby world. Exciting, fast, skilful on the ball. Something he is not known particularly well for is his placekicking. It’s actually considered by some to be quite poor. If you can’t kick and you’re a 10 you’re in for a bad time. He needed to improve this.

This could be all about to change however as it was revealed in an Instagram story today that Beauden Barrett will be getting kicking lesson from one of the very best in the business.

Barrett is being helped with his kicking by a group called RugbyBricks, a group from New Zealand that specialises in helping players with their game.

On their website, they claim this is what they do.

Born in Dunedin, New Zealand. Rugbybricks was born to help players and coaches not only put in the work that’s needed off the pitch but learn both the mindset and the techincal skills needed to create world class athletes and coaches.

In this video which appeared on their Instagram story, it appears that someone has been brought in especially to help him improve his technique.

Barrett infamously missed three penalties in New Zealand’s loss to the Lions in 2017 which meant questions arouse about whether a team could have a player in their team with this missing from their skill set if they are the team’s designated kicking choice.

When his former coach Steve Hansen spoke about his kicking back in 2017 he said.

This video shows Barrett going through some drills to help his kicking. These drills included getting his body shape rugby and it also showed him slotting some kicks from around 50 metres out. It looks like the help is already having a positive effect!