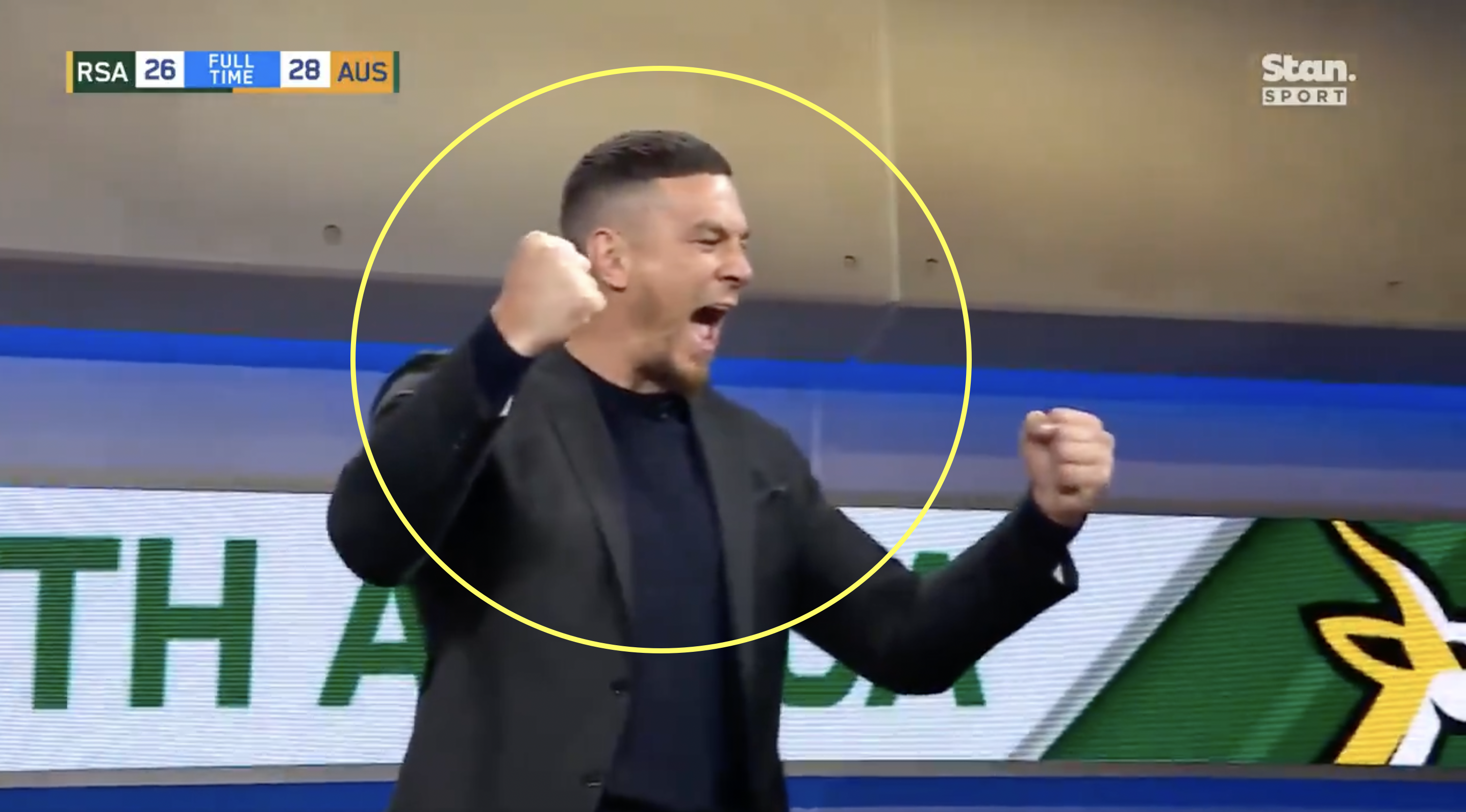 Quade Cooper marked his return to the Test arena after a four year absence in the most extraordinary style on Sunday, kicking a final play penalty from near the halfway line to sink the world champion Springboks.

It capped off a hugely impressive performance for the fly-half in which he kicked 23 points in the 28-26 victory, not missing a kick all night.

Very few expected the 33-year-old to win his 71st, and his Test career looked all but over when he left to play in Japan two years ago, but Dave Rennie brought him in from the cold a matter of weeks ago and Cooper has repaid the favour.

Cooper has also thanked his long-time friend Sonny Bill Williams for supporting him and helping him over the last few years, and credits the former All Black with his growth as a player and a man. The pair’s friendship has been well known over the years, and has even been linked with a switch to rugby league in the past to join the Kiwi.

No one seemed happier than Williams, who was working as a pundit for Stan Sport on Sunday, to see Cooper clinch victory for the Wallabies and his reaction was fortunately caught on camera.

Take a look a Williams’ celebration:

Though Williams was clearly happy to see the kick go over as a friend of Cooper’s, it was also good news for him as an All Blacks fan as well. Australia’s victory leaves the Springboks five points behind the All Blacks in the Rugby Championship table after Ian Foster’s side dismantled Argentina 39-0 earlier that day. Unless something truly historic happens in round four, whereby the Pumas annihilate the All Blacks and South Africa do the same to Australia, New Zealand will be at the top of the Championship table as they head into their back to back matches with the Springboks.