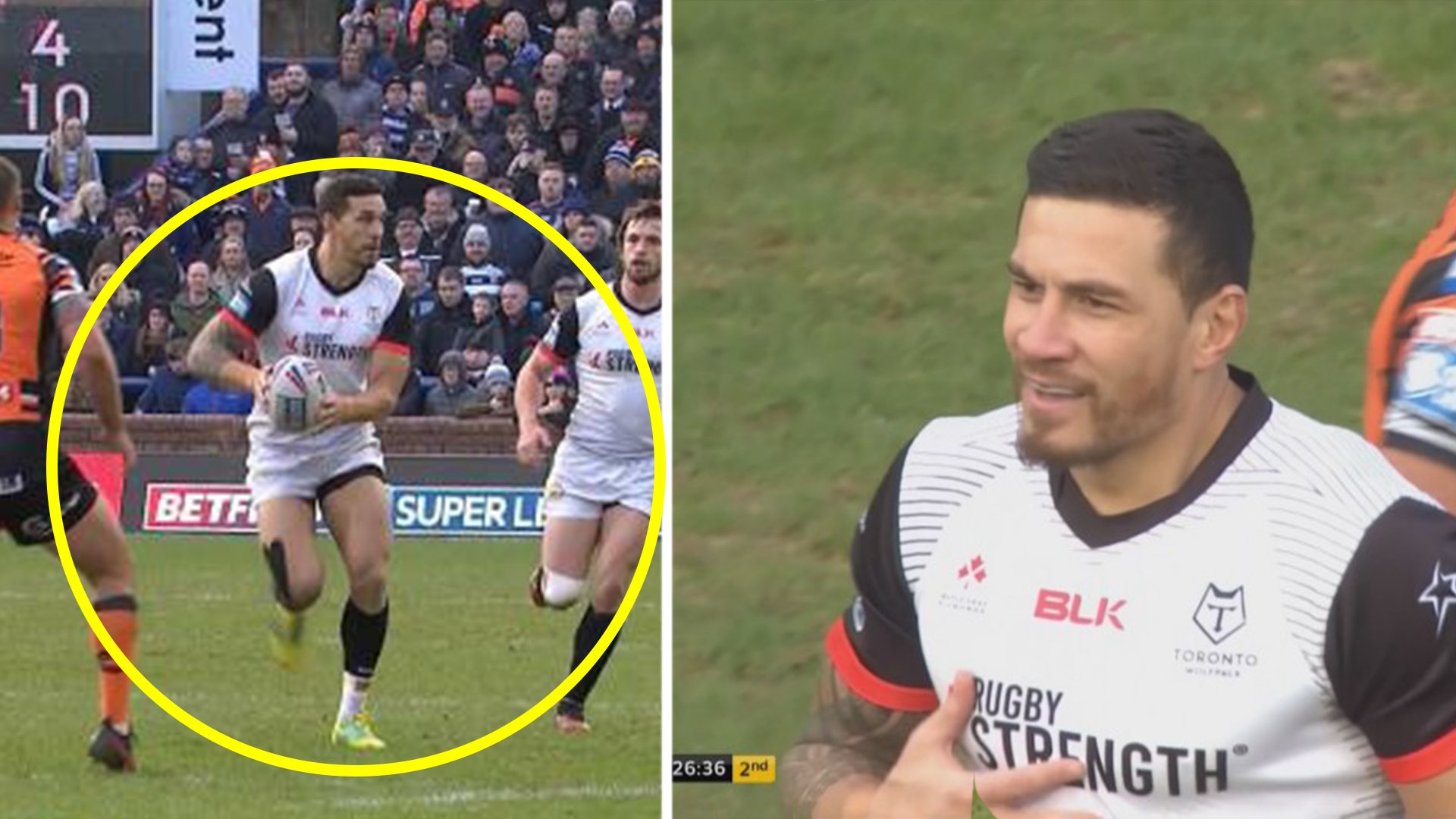 It was a difficult return to Rugby League for Sonny Bill Williams this weekend as his side lost on his return to the sport.

The 34-year-old came off the bench 26 minutes into the Wolfpack’s season-opener against Castleford at Headingley, but the Canadian club’s first-ever outing in the Super League finished in defeat as they succumbed to a 28-10 loss.

At the time of Williams’ introduction to the match, the Wolfpack trailed by 10-6, but his involvement in the clash wasn’t able to turn his team’s fortunes.

There was massive hype in the media about his return to the sport.

The fixture marks Williams’ first foray in the 13-man code in six years after he left the NRL’s Sydney Roosters to rejoin the All Blacks in 2014.

The 58-test international added a second World Cup crown to the one he gained in 2011 a year after returning to XVs, made a brief appearance at the 2016 Rio Olympics with the All Blacks Sevens and turned out for both the Chiefs and Blues at Super Rugby level during his second stint in union, which lasted five years.

However, Williams feels right at home after completing his long-awaited return to rugby league, where he has won two NRL titles and played in 12 tests for the Kiwis.

Williams’ came on to the pitch to massive applause and excitement, however, that excitement quickly left the ground as SBW dropped the ball on his VERY FIRST touch back in the sport.

Williams will miss next week’s match against Salford in Manchester as he intends to return to New Zealand for the birth of his fourth child, but expects to only be out of action for one week.

The Wolfpack aren’t scheduled to make a home appearance on Canadian soil until mid-April, when they host Hull FC at Lamport Stadium in round 11.