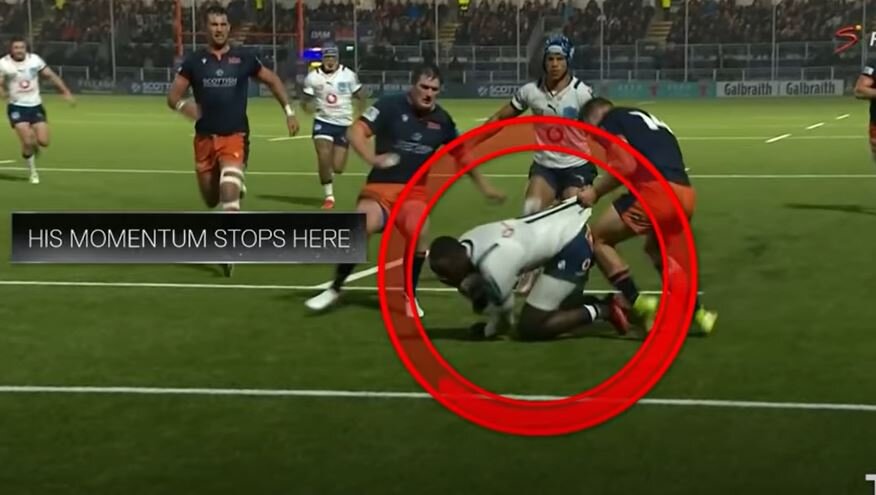 South Africa on verge of collapse over TMO decision

The tough nature of the Vodacom United Rugby Championship was again underlined on the weekend where only the DHL Stormers managed a victory for the four South African franchises taking on the best of Ireland, Italy, Scotland and Wales.

It was another weekend of frustration for the South African franchises as they had to deal with law interpretations and tough conditions, with narrow defeats by the Cell C Sharks and Vodacom Bulls meaning the local teams will return to the Republic with four wins and one draw from their first 16 matches in the new competition.

The Vodacom Bulls subsided to a 17-10 (halftime 14-3) defeat to Edinburgh in the Vodacom Untied Rugby Championship on Saturday as they were unable to recapture the authority of their previous round win over Cardiff.

They again managed to win the second half (7-3) in torrential rain in the Scottish capital but had left it too late after an indifferent first half in which they were unable to dominate the collisions.

It might have been different but for a critical TMO referral in the 76th minute. Bulls left wing Madosh Tambwe levered himself forward and reached out to slam the ball down on the line for what would have been an equalizing score – if replacement flyhalf Morne Steyn had kicked the touchline conversion.

However, after an extended review Tambwe was ruled to have made a double movement and for all the Bulls’ late urgency, they could not find their way back into the home side’s 22.

One not at all biased South African youtube account has claimed it was a try and that there was also a potential ‘contact with the eye area’ moment from one of the Edinburgh defenders.

Sorry, but that claim is hogwash. Watch the vision here:

Each of the Vodacom Bulls, Emirates Lions, Cell C Sharks and DHL Stormers got one win on tour, while the Capetonians also had a draw, which sees them lead the South African Shield after four rounds with seven points.