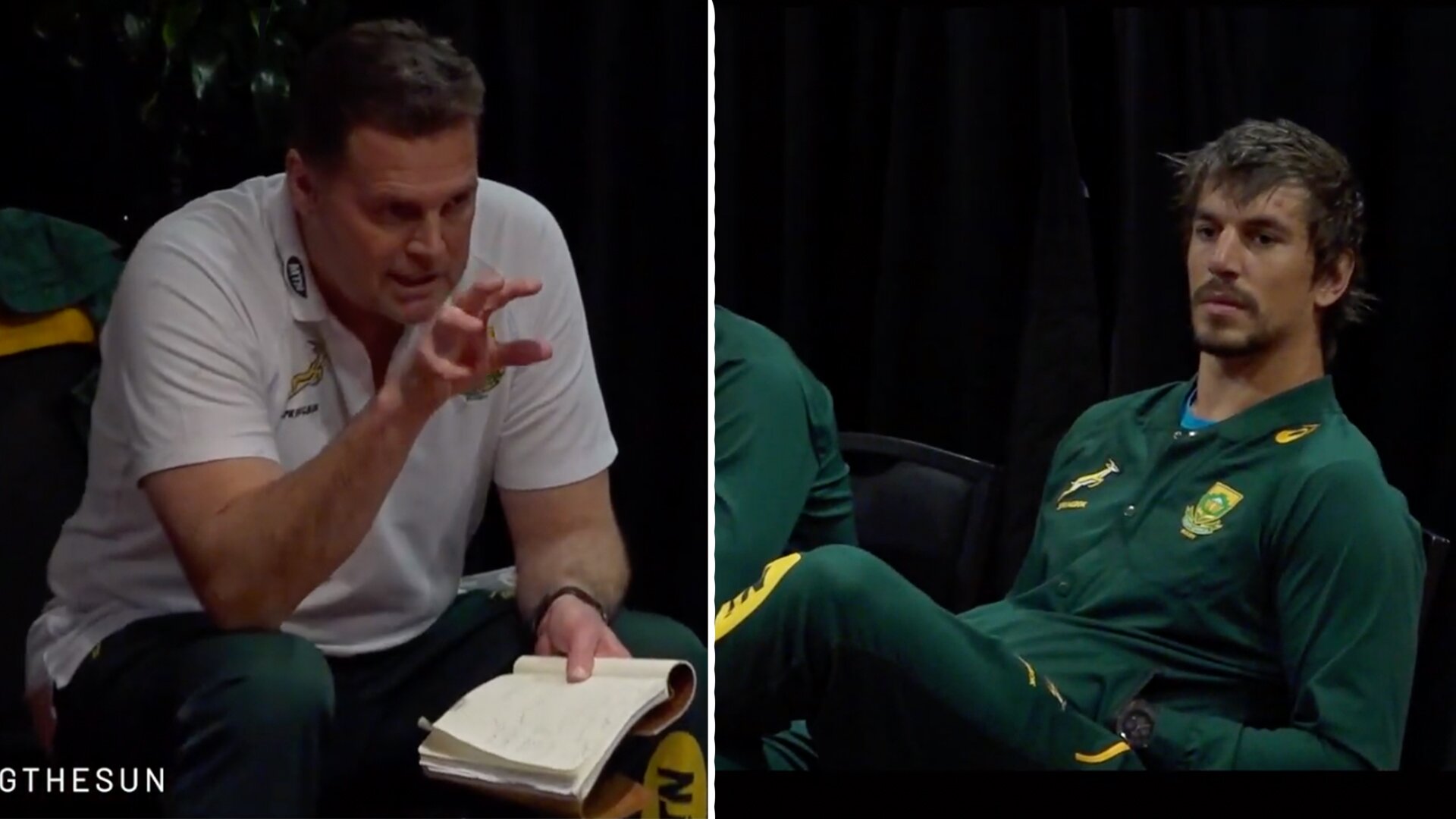 South Africa have released the incredible clip of Rassie Erasmus giving an inspirational team talk to his Springbok team moments before their momentous draw with New Zealand in 2019.

In 2019, the All Blacks and South Africa squared up against each other in a massive match in Wellington, just months before the all-important World Cup clash in Japan.

It was seen by many as the dress rehearsal for the opening World Cup match where both teams would face each other in opening round of the 2019 World Cup. Heading into this game, there was widespread uncertainty surrounding the game, as fans worried that South Africa did not have what it takes to win at the top of World Rugby.

Rassie Erasmus delivers a spine-tingling speech here as he looks to rouse his team before their massive match against their oldest enemies.

The coach can be seen actively trying to get players like Eben Etzebeth and Duane Vermeulen hyped up before the clash.

In an emotional speech he said.

“We’ve selected you, whoever is in the team, players like Eben who have f***ing hundreds of caps or players with one or two caps. Don’t find yourself on the field standing still thinking about what you do. Get intensity into the game get into battles… you can have silly f****ng mistakes, but throw yourselves into the heat of battle boys.”

This comes from episode 2 of the documentary following South Africa and their World Cup journey as they played teams like New Zealand.

Here is the emotional moment Erasmus delivers his pivotal speech to his team.

South Africa went on to draw this match, in a game which many point to as the turning point in the team’s journey to World Cup success.

We will continue to follow this brilliant documentary as more clips come through.