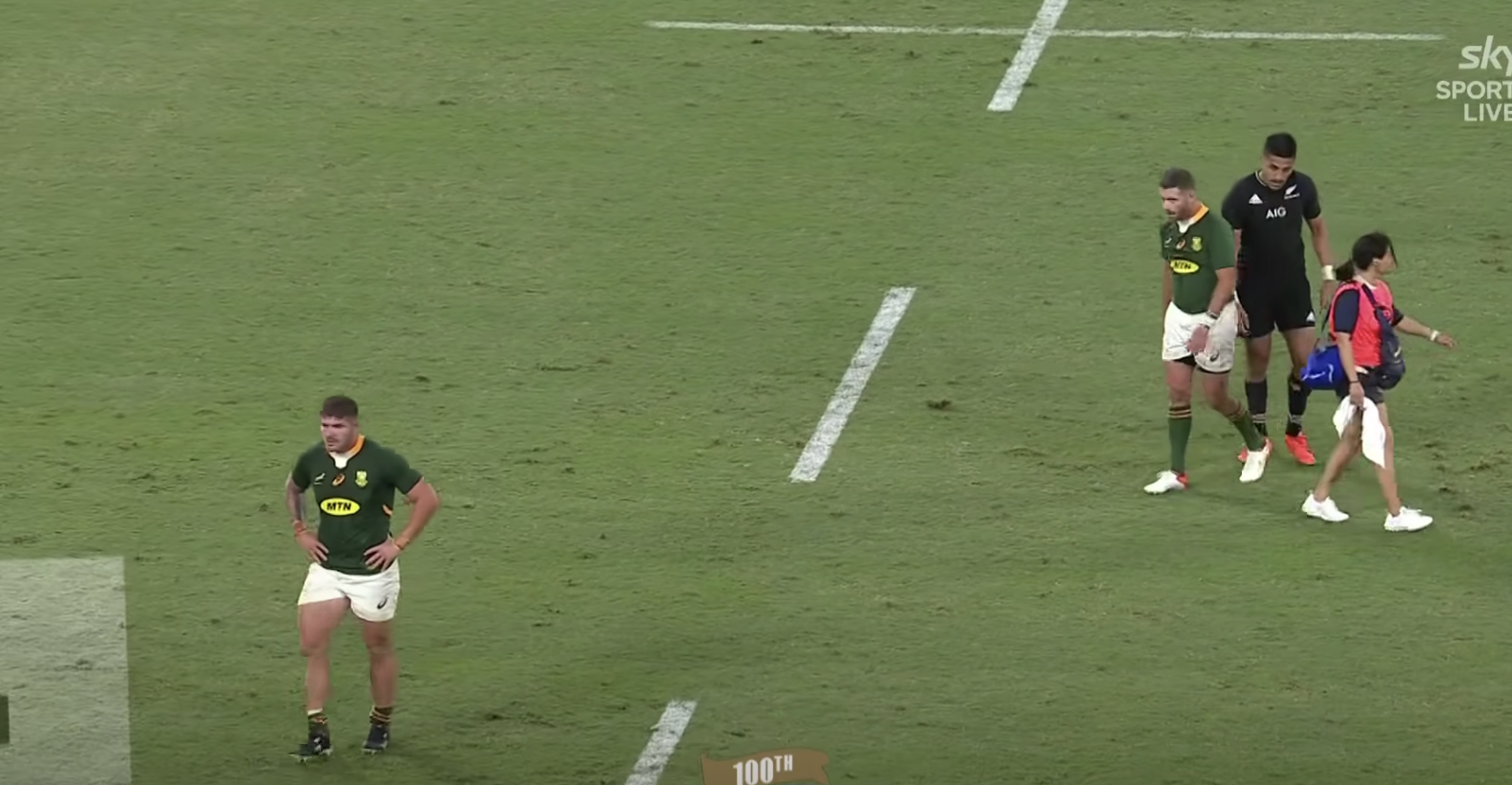 South African journalist Mark Keohane has said the Springboks’ priority this year was to beat the British & Irish Lions, not to win the Rugby Championship, and backs the side to be back next year and perhaps play more expansive rugby.

Speaking to SARugbymag this week, he also put the Springboks’ recent slump into context, saying they were seconds away from beating both Australia and the All Blacks. On top of that, he said their heavy defeat to the Wallabies only came because they moved away from their usual style.

Keohane also suggested that the hectic year the Springboks have had with Covid bubbles and the series against the Lions may be the reason why Jacques Nienaber’s side have bee conservative in their style. However, after a full preseason he backs them to return to a more expansive style.

He said: “A New Zealand team that everyone thought was untouchable, put 57 points on the Wallabies, beat them in three successive Saturdays and hammered them, put 50 points and 60 points past Fiji, 100 points past Tonga, had scored 16 points in 78 minutes against us. Take some credit from that and applaud South Africa for doing that, as opposed to bemoaning the lack of try scoring ability from South Africa or ‘why don’t we play this fanciful game?’ or ‘why don’t we play this theatrical game?’ Because I can tell you now, if we had taken a 45-20 defeat, Joe Public would have said ‘what a horror show.’

“It’s also acknowledging where their limitations are and where their strengths are and playing to them. New Zealand  didn’t want to come into that game and play with their pack and get sucked into it. They’re vulnerable there. The game plan forced them into those areas and with a bit more discipline we would have got the win. For me it’s got to be more of the same.

“We’ve still got an end of year tour to go that may be more of the same of what we’ve seen and then there will be a reassessment with a proper preseason, proper tournaments going on and matches hopefully in South Africa with crowds, where you will see a more expansive Springbok team that are trying more things, because the pressure of the Lions series will be off and next year the Rugby Championship will be the primary focus and the year after that the World Cup will be the primary focus. So I think people need to go back and say ‘what would the Springboks have taken above all else this year? It was a triumphant series win against the Lions and they got that. What would they have taken in 2019? A World Cup win and they got that.”