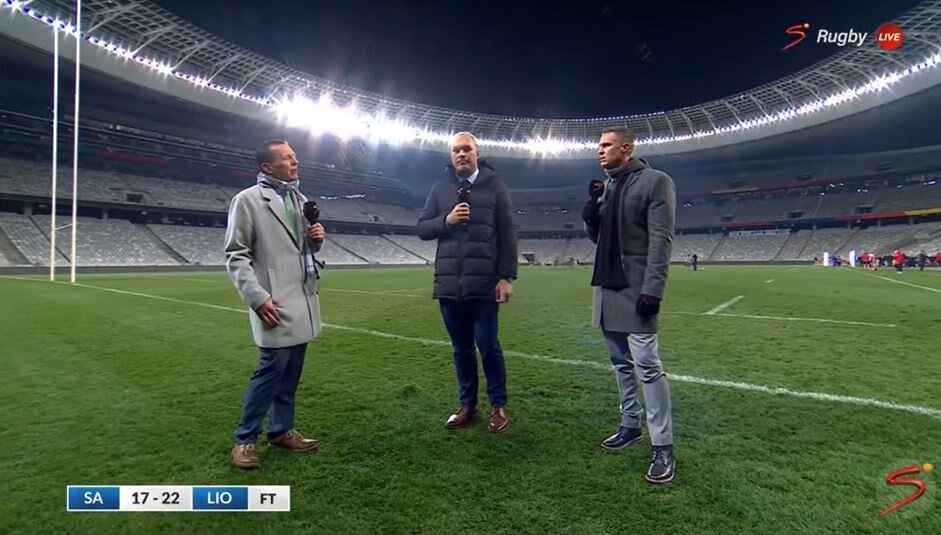 The panel believe the Springboks dominated the first 40 minutes but they failed to deal with the British & Irish Lions in the second half.

To be fair, this is very even-handed take from the panel.

In fact the South African’s response to the loss has been pretty good, with the pretty much the entire nation taking it on the chin, outside of a few nutters on social media.

“The kicking game was won by us in the first half and we got the rewards, but the second half was a different story,” said Nienaber. “They won that battle and it gave them territory, advantage in broken field play and we had to scramble, and could not cope.”

Nienaber felt the Boks’ 12-3 lead at half-time was deserved, but he did not expect the Lions to bounce back in the second half the way they did.

“We were nine points up, so things were working for us – we were playing in the right areas,” he said.

“Our half-time talk was to step up at the breakdown and then our discipline fell away. We started to make mistakes, especially at maul time. We did not make the step-up needed when required.

“We can certainly salvage this. A proper review is needed, but we can sort it out, no doubt. It worked in the first half, and I believe what happened in the second half is fixable.”