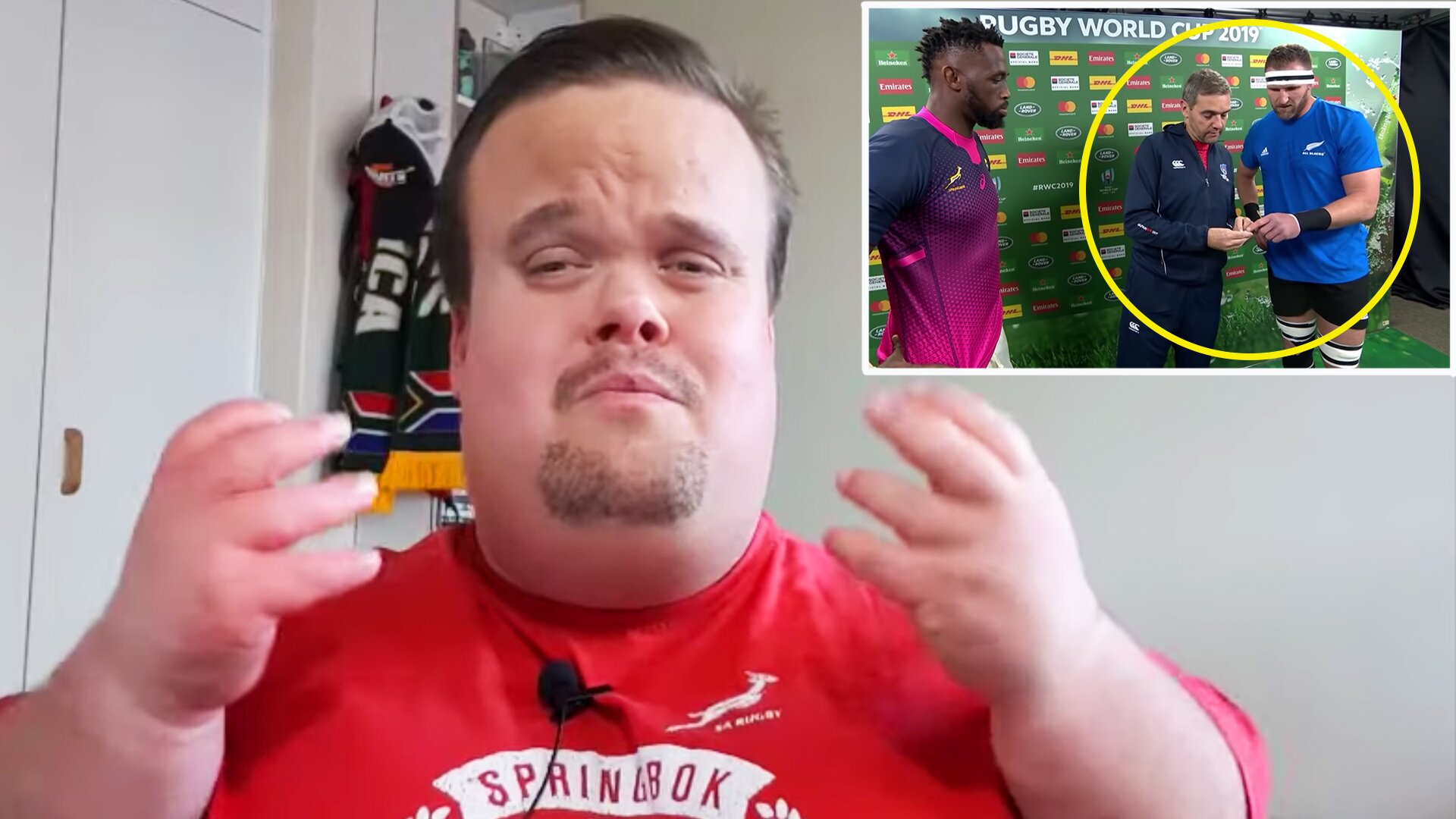 A new video uploaded by popular South African Youtube star, Gareth Mason, has been gaining thousands of views today after a recent post from the good people at Rugby Onslaught – calling out Springboks ‘underhand tactics’ to claim the 2019 Rugby World Cup.

Gareth Mason is one of the most popular rugby channels on the web with almost 20,000 subscribers following his page.

The new video is in direct response to a post from Rugby Onslaught recently titled, “Unseen footages proves Rugby World Cup officials were in on helping the Springboks win“.

Mason questions the news site’s findings in which they concluded, after tireless hours of forensic level investigation, that Jerome Garces did indeed appear to favour the Springboks in their opening pool game against the All Blacks.

The French referee  CLEARLY awarded the coin toss win to the All Blacks even though they called it wrong. Gareth Mason, however, did not agree with the findings.

‘This, I think is absolute HOGWASH what they’re talking about.’

He then goes on to credit Jerome Garces for his performance in the World Cup final in which he officiated in the Springboks lucky win over England. His refereeing of the scrum was considered by many to be another instance of Saffa favouritism – but that’s another battle, for another day.

Gareth Mason posted this response on his social media platforms in which he was supported by a number of fellow Youtubers including ‘Squidge Rugby’.

They’re just desperate for attention. The Boks won the World Cup because they were the best team in competition.

The shocking new evidence that was unearthed by Rugby Onslaught’s specialist investigation unit, has angered and dismayed a number of South African supporters who are clinging to the belief that they won the Rugby World Cup on merit alone.

Gareth Mason’s new video seems to concur with a lot of the noise coming out of South Africa since their World Cup win last year.

We have to admit, he’s a brilliant content creator, for a Saffa. You should check out his page.

His live stream of last year’s World Cup final earned over 100,000 views and helped to make him one of the most popular Rugby Youtubers on the planet.

His new video takes umbrage to the sterling investigational work carried out by the good people at Rugby Onslaught but the news site will continue to strive to hold the reigning World Champions to account.