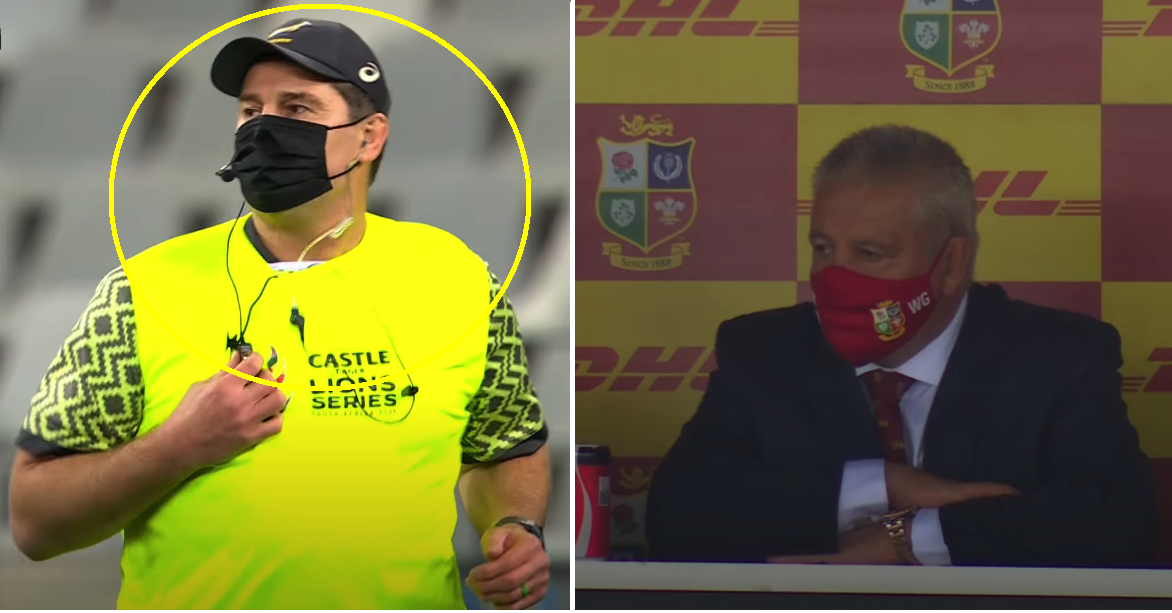 The best thing about the unofficial ‘fourth Test’ between the British & Irish Lions and South Africa A on Wednesday is that it kicked off the bickering between Lions head coach Warren Gatland and South Africa director of rugby Rassie Erasmus earlier than expected.

After the loss on Wednesday, Gatland poked fun at Erasmus, particularly regarding his new job as the team’s water boy, and the appalling job he made of it. On a serious note, he raised questions about Faf de Klerk’s dubious yellow card, which he felt could be have been more severe, and asked for consistency around the officiating.

Well, Erasmus was never going to let that be said without having a pop back at Gatland, taking to Twitter to continue their war of words. He shared a clip of a tackle by a Lions player which was missed in the week, with the caption “while you at it please get clarity on this also”, asking whether it was a red, yellow, penalty or play on.

It will come as no surprise that the Lions player in question is Owen Farrell, whose tackle on Jasper Wiese is questionable to say the least. This is another video to add to the ever-burgeoning catalogue of dangerous tackles by the England captain. Farrell has not been popular in South Africa ever since his ‘tackle’ on Andre Esterhuizen in 2018, and this won’t win him any new fans.

While you at it please get clarity on this also !! 🔴🟡 penalty or play on ? We have to 100% sure and aligned ! Cant agree more pic.twitter.com/OxBReYlMXq

With still over a week before the first Test, is seems highly unlikely that both Gatland and Erasmus will simmer down.