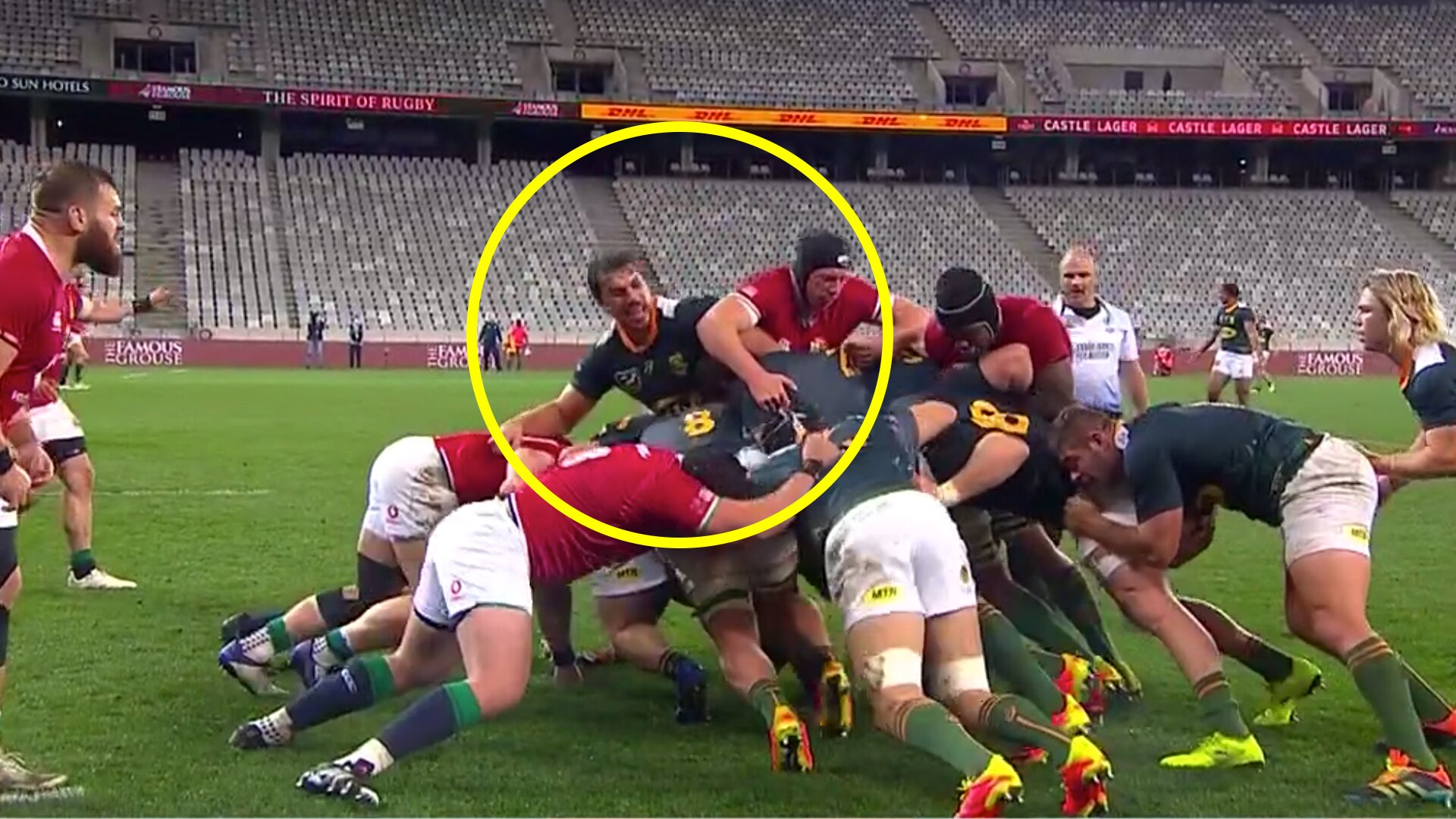 This is not what you want to see in the spirit of rugby. South Africa captain Lukhanyo Am is seen aggravating England star Elliot Daly.

Springbok ‘A’ put in a dominant performance to stun the Lions team on Wednesday, scoring over 15 points in a dominant game for the men in green.

They had to field a full-strength side to have any hope of registering a win against the Lions, but this is not the time to talk about that.

Cheslin Kolbe made a sensational run to set up one of the Springbok ‘A’ tries.

However, it was the behavior of the South African captain Am which will get the headlines for all the wrong reasons.

Footage shows him putting his hand in the face of Daly after a strong tackle on him.

Any need for this?