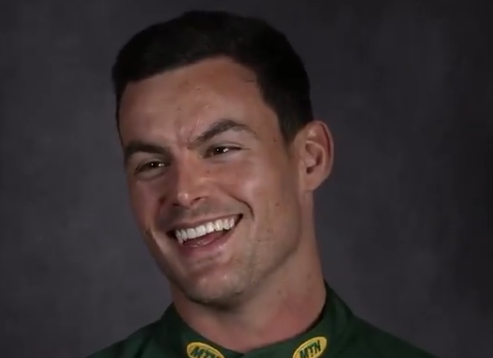 Springbok who is ‘addicted to training’ reveals bizarre lockdown injury

Springboks centre Jesse Kriel has revealed he suffered a broken toe during lockdown because of running too much.

The 27-year-old made this revelation in a recent interview with South Africa rugby, where many of teammates discussed his work ethic and attitude on and off the pitch, with one player even saying he is “addicted to training”.

Frans Steyn said: “There’s no joking when we’re on the pitch with him. He is like the biggest professional rugby player that I’ve ever met.”

Malcolm Marx said: “You just look at his physique and you’d see that he’s a hard worker. Off the field also very, very chilled, laid back.”

Kwagga Smiths said: “Jesse is so professional. His recovery, his way of eating, his way of living. Sometimes I think, Jesse, he can’t stop training. I think he is addicted to training.”

Kriel is set to start at outside centre against Georgia on Friday in the Springboks’ first match since the World Cup final.