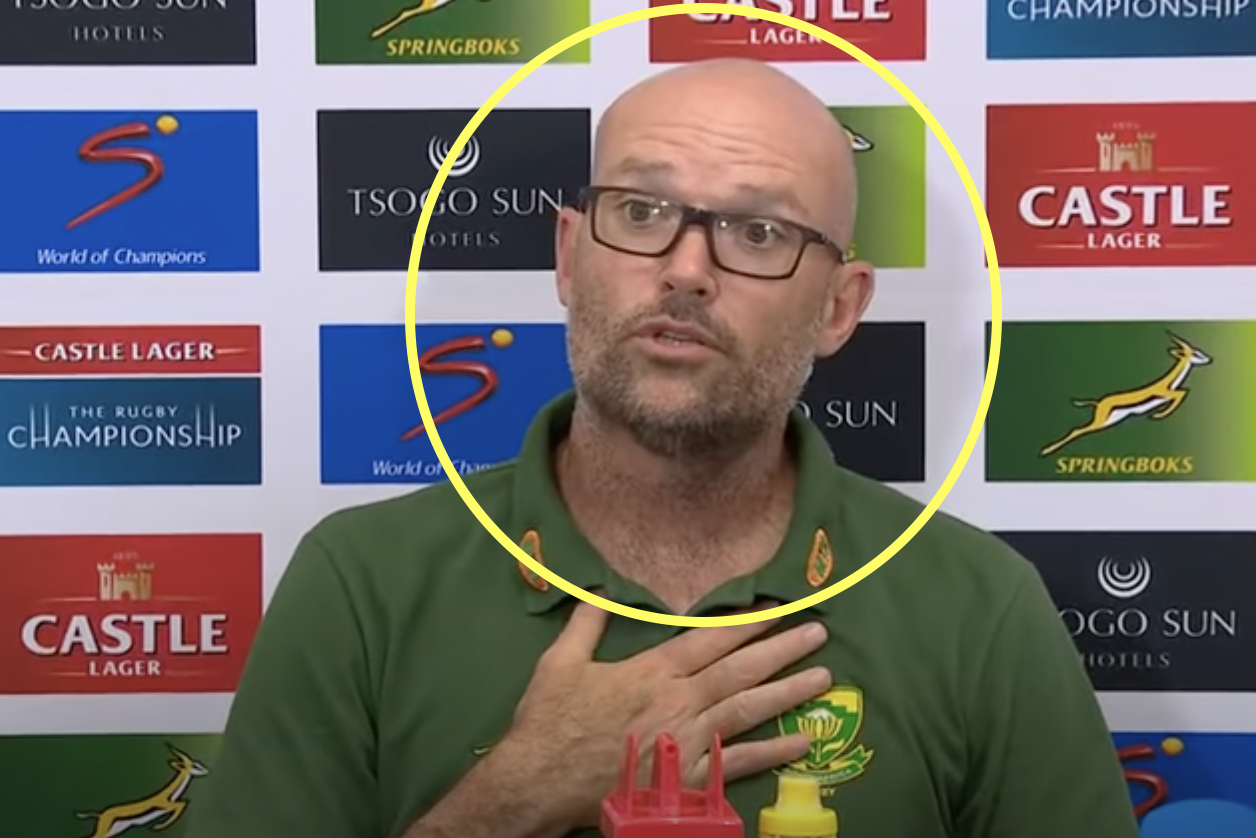 Jacques Nienaber has named his 32-man South Africa squad that will tour Europe in November and has already faced a backlash from fans for not naming a more youthful squad.

Off the back of a gruelling season where the Springboks faced the British & Irish Lions immediately before the Rugby Championship, Nienaber has only named two uncapped players in his squad, lock Salmaan Moerat and scrum-half Grant Williams.

This announcement comes just a day after Eddie Jones named his England squad, in which he axed plenty of experienced players, including 2021 Lions tourists Jamie George and Mako Vunipola. While Jones only named four uncapped players compared to Nienaber’s two, there is an additional 14 players with ten caps or fewer for England compared to six with the Springboks.

But with injuries already to pivotal players such as Pieter-Steph du Toit, Faf de Klerk and Cheslin Kolbe, this perhaps meant that this was never the time to be too experimental.

England and South Africa face each other at Twickenham on November 20 in what will be the final match of 2021 for both sides.

This is what South African fans have said online:

Nienaber has been talking about building squad depth forever now but there's very little to speak of. 😂 https://t.co/SrrArvtoA9

Was hoping for more adventurous selections & give some seniors a well deserved rest 🙄 anyway, Go Bokke!!! 🔥🔥🔥💪

When are we developing our apprentice Evan Roos, Tyrone Green, Andre Esterhuizen. We don't have proper cover at 12 going into the World Cup 2023. Frans Steyn won't do it again.

This coach wants our young players to play for other countries!!! Very suspicious

Adding 3 players on form (Roos, Louw, Gelant) to an already established setup wouldn’t have disrupted the chemistry. Jacques seems to be playing it way too conservatively. Current team already played a gruelling schedule. Wouldn’t have hurt to blood in new talent.

I was more hoping for a mass resting of the senior squad. After so long in the bubble surely some downtime is in order. Let some youngsters come to the fore and see what they can do.

2023 world cup will need a bit of the old and new. Now it is the time to blend in new guys so that they get used to playing test rugby. Give guys that deserve a chance. The old and tested are only there to safe guard the ranking but in a long run will have a negative impact.