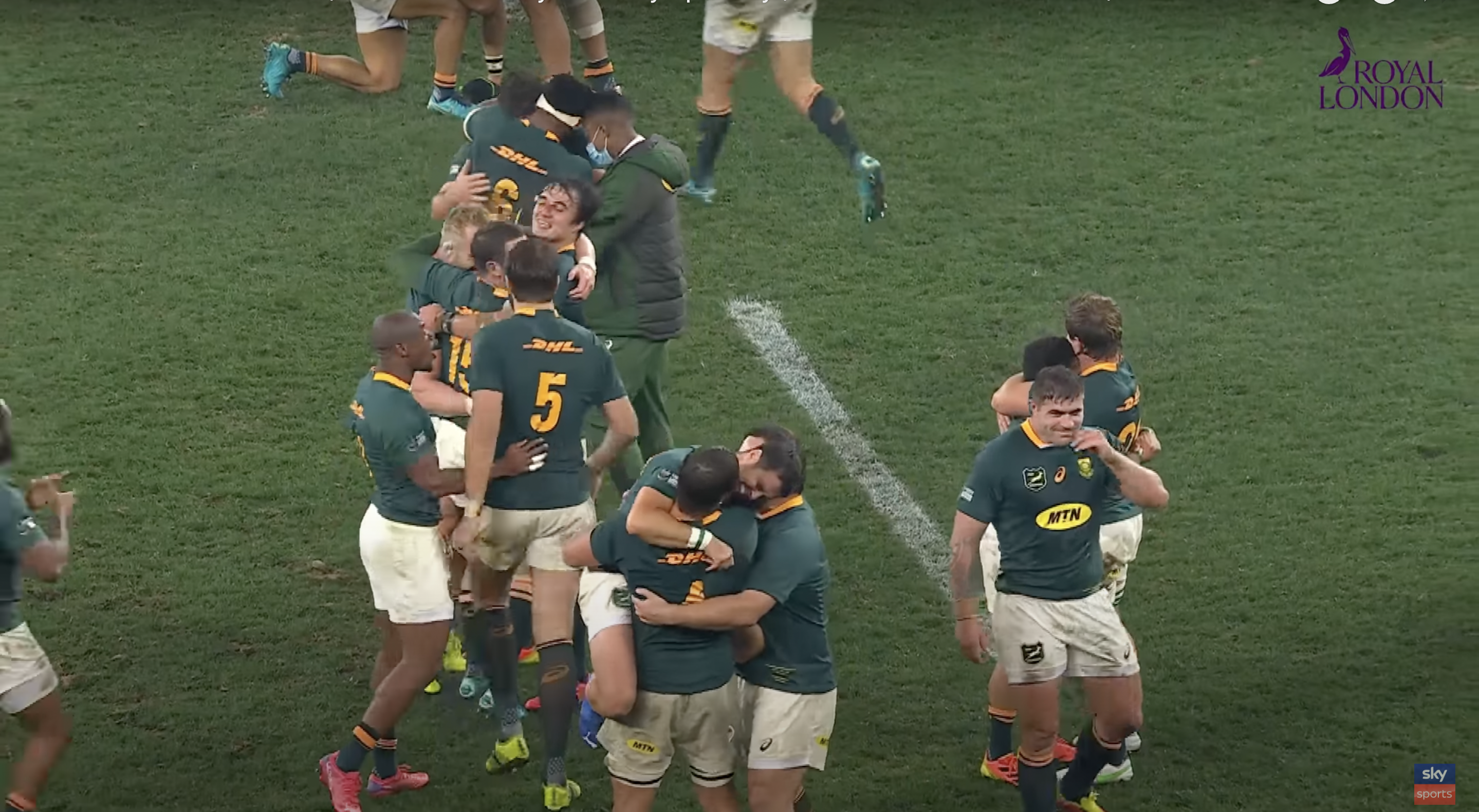 South Africa face the prospect of having their series win against the British & Irish Lions stripped from them by World Rugby according to reports, as Rassie Erasmus is set to face a disciplinary hearing.

Though it is highly likely Erasmus will be punished in some way, this scenario does seem outrageous, and it has infuriated many South African fans on Twitter. Bok fans have gone online in their droves to defend Erasmus, saying that he was doing a service to the rugby world with his hour-long video pinpointing all refereeing errors.

What’s more, many fans have stressed the point that everyone knows who won the series regardless if it is stripped, although some Lions fans will say that is courtesy of Erasmus heavily influencing the referees before the second and third Tests.

Fans have gone on the offensive against World Rugby though, saying that things need to change in terms of the officiating, also suggesting the Home Nations are treated better than all other countries. This is what has been said:

If we get stripped from our B&I Lions series win, I’m sure Mr @MarcoMasotti_ and his legal team from NYC will be on their way to South Africa. Arm doors and cross check. @BoknRoll @SARugbymag @mark_keohane

This sound like a war against not Rassie only but SA Rugby,games are won on the field not in https://t.co/M5JzzHzXkG would be disgrace really if they could do that,SA seem has lot of enemies👀

South Africa has always been a target for referee’s and it was high time that we call for fairness. If Beaumont is going through with this then he has clearly showed his hand as a puppet. I stead of innovation in the game they want to scew the rules to benefit themselves

Maybe @WorldRugby should focus on developing competent officials so these incidents don’t happen in the 1st place. Its been a professional sport for quite a while now its high time the officials catch up with the players and coaches. Huge quality gap of refs globally.

Well has any team ever been stripped of any title before? This in itself will set an awful precedent for rugby, knowing that no title or trophy is secure and World Rugby can strip titles and re-distribute medals at their own discretion. Let’s just not play rugby then!!

World Rugby is under pressure and is perceived as a limp wristed Old Boys Club. Rassie has shaken things up. So they either do nothing or they use this to assert themselves. I am not sure what taking the series away from the Springboks achieves? We won and the world knows it!

The result on the pitch is the one that counts. Regardless of what World Rugby do, everybody knows that the Boks won the series