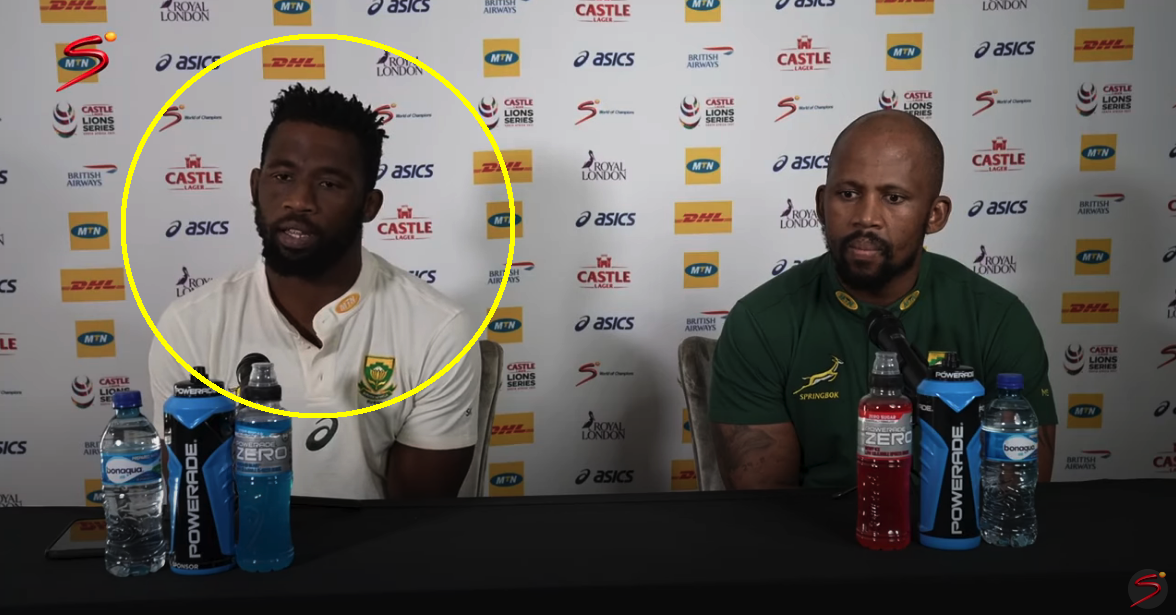 South Africa captain Siya Kolisi has insisted that there will be no verbal abuse from his side towards the British & Irish Lions’ Duhan van der Merwe, but whether anyone believes him is an entirely different matter.

The World Cup winning skipper stressed that his side have not said anything in the build up to the first Test in Cape Town to suggest they will treat the South African born Lions winger differently, and said they “will never be that kind of team.”

Scotland’s van der Merwe qualified to represent the Six Nations outfit last year having grown up in South Africa and played for their under-2o side. Warren Gatland, van der Merwe and the entire Lions team will know that there will be plenty of verbal digs aimed towards the powerful winger on Saturday, and though it is part of Kolisi’s job as captain to deny it, he surely knows he is not fooling anyone.

The only thing that may help van der Merwe is that without crowds, viewers at home can hear far more clearly what players are saying, which may force the Springboks to bite their tongues more than they usually would.

This is what he said when asked about the “chirping” directed to the winger: “You clearly have not heard anything from our side, and we’ve never been that kind of team and we never will be that kind of team. We go about our business, we focus on the game, we don’t want to focus on one player. So that definitely doesn’t come from our side so I don’t know anything about that because we haven’t come out and said ‘this is what we’re going to do, we’re going to be chirping.’ No, we don’t do that. We save our energy for the work that we need to do.”

Kolisi and Stick on how the Boks will treat Duhan van der Merwe.

Stick: 'If it weren't for the pandemic, we would have invited him for some braaivleis.'#LionsRugby #BoksvLions pic.twitter.com/QHkEYlQfYR