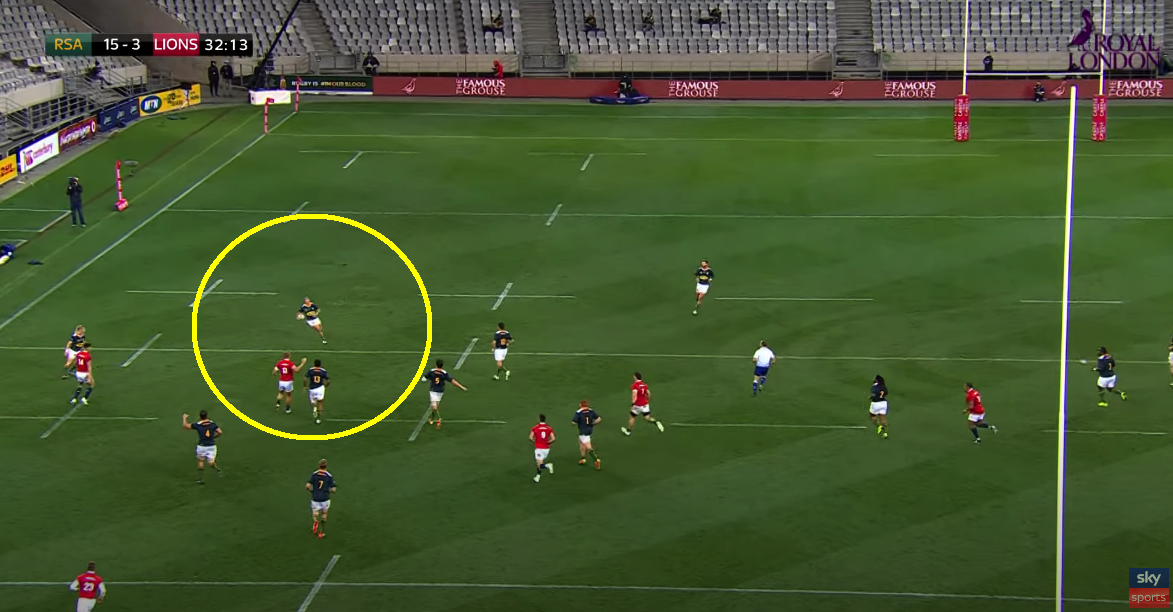 One clip that British & Irish Lions fans have not been able to escape from since their team’s loss to South Africa A on Wednesday is Lukhanyo Am’s try. Social media has seemingly been devoted solely to replaying the try, with the world waxing lyrical about Cheslin Kolbe’s footwork.

Rightly so, as this was a special piece of play from one of the most dangerous players on the planet when given space, or even no space. But the problem with this is that it may have revealed too much to Warren Gatland too early. Instead of waiting until the Test series, Rassie Erasmus played his hand in what is effectively a meaningless game.

Plenty of analysis has been made online on the second try of the match, such as by EK Rugby Analysis, where Faf de Klerk and Eben Etzebeth were both commended for their role. The scrum-half worked his way to the wing before the ball was kicked to allow Kolbe a passing option and attract the attention of Lions winger Louis Rees-Zammit. De Klerk in turn was the player Kolbe dummied his pass to to make the break. On top of that, the lock’s support line prevented Murray from being able to work back and defend.

Likewise, from a Lions perspective, the team were not quick enough to put Murray and Tom Curry onside, which ultimately created the space for Kolbe to attack.

Now knowing what the Springboks plan to do and what the Lions should do to prevent it is one thing, but being actually able to stop them doing it is another thing entirely as they are, after all, world champions. But it has at least provided Gatland with food for thought ahead of the Test series.