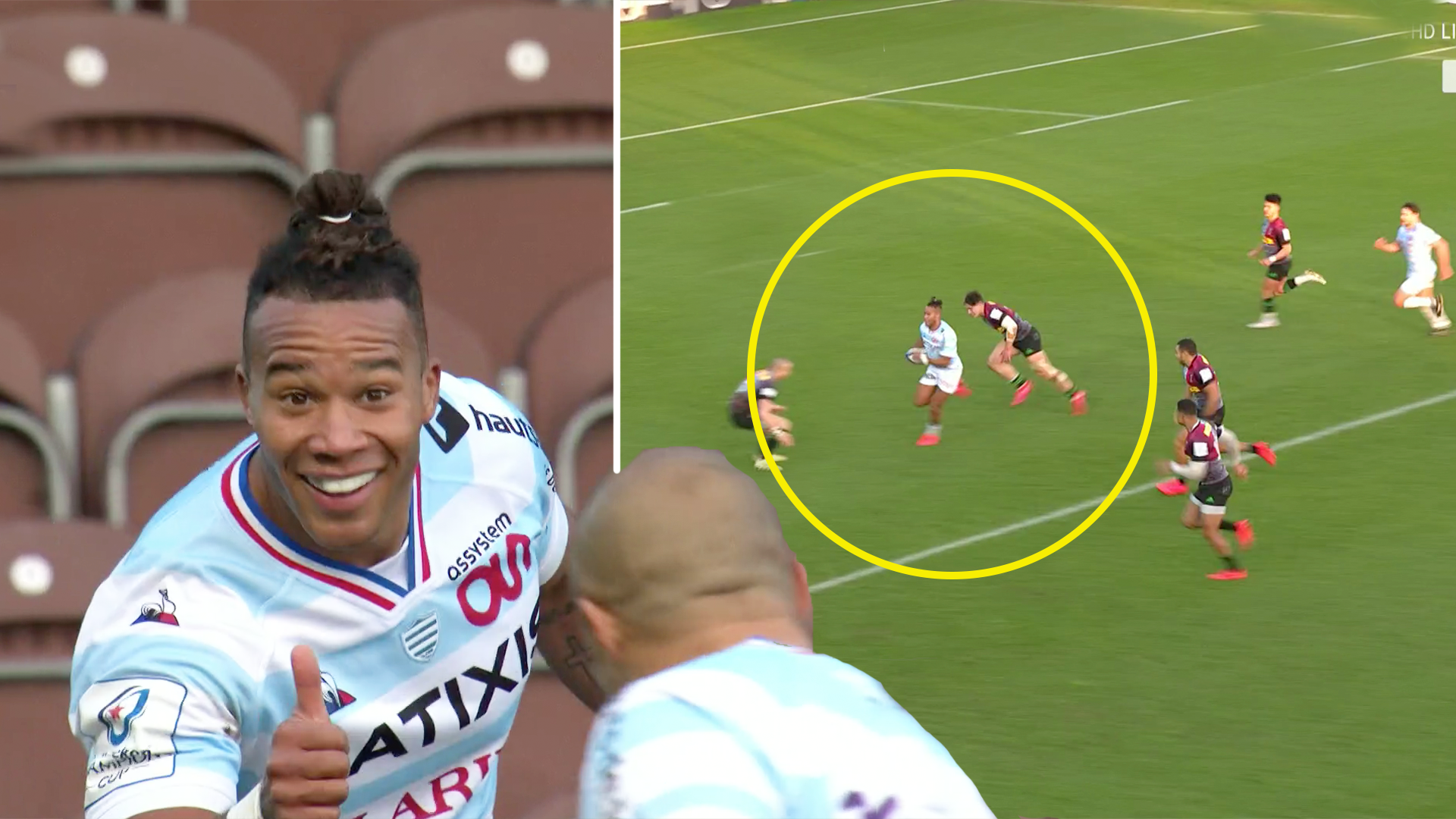 Today, we saw French winger Teddy Thomas at his rip-roaring best as he single-handedly took on the Harlequins defence to score a stunning try at the Twickenham Stoop earlier today.

The score came after just two minutes in the Champions Cup clash for the defending Champions.

Fans on social media were raving about the pure athleticism of the French winger with Ugo Monye referring to him as ‘a real thoroughbred’ on commentary for BT Sport.

Harlequins trailed by 0 – 20 against the Parisian visitors after a first half in which they were clearly second best.

Here is what fans had to say about the phenomenal finishing of Teddy Thomas.

Whether he’s scoring for your team, against you or you’re just watching him score as a neutral Teddy Thomas is a joy to watch with ball in hand. Lethal

Teddy Thomas is one hell of a player

I have been telling @jaredwright17 for AGES that Teddy Thomas is the most balanced runner in rugby.

What a sensational finish! The guy is all sorts of good! #HARvR92

You have to say, the French winger really did make it look all too easy as he cut his way through the Harlequins defence with ease. Here is the full video of his try in the opening minutes of today’s clash.

Such a dangerous runner! ⚡️

Teddy Thomas darts through the Harlequins defence with ease 👏

Here is another angle of the rip-roaring run into the Quins half.