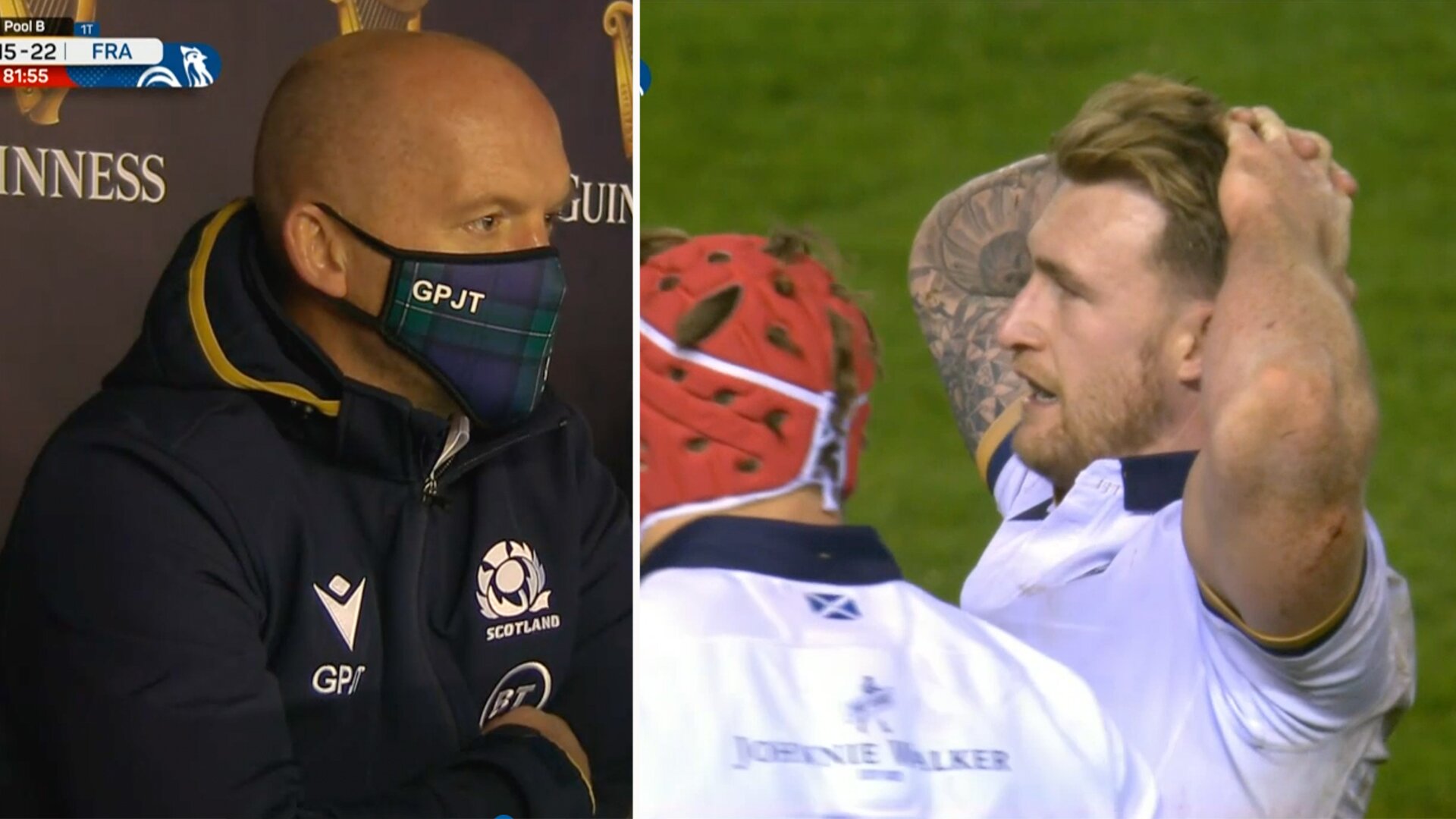 It doesn’t get much worse than this.  Stuart Hogg has had another howler in the Autumn Nations Cup as he made a horrendous error in the final moments.

Scotland fell to a 15-22 loss to France at Murrayfield after a brain-fade moment in the closing seconds of the match.
The French went into the match as favourites after promising performances so far in the Autumn Nations Cup but this was a tightly fought contest.
France now top their pool in the tournament and are favourites to progress out of the group.

France was winning by 7 points and Scotland had a penalty with the final play of the game.

They went to kick to the corner and then Hogg somehow missed the kick, gifting France the win!

The game was a tight affair with France’s defence being as rock hard as ever thanks to the Shaun Edwards machine.

Stuart Hogg. How many mistakes at crucial moments can he get away with making?

Stuart Hogg – hit the corner you wet towel. Try-less is shocking, what a dark Townsend dystopia we live in

Here it the moment when Stuart Hogg had one of his worst moments in the Autumn Nations Cup. Is this man cursed in a Scotland shirt?