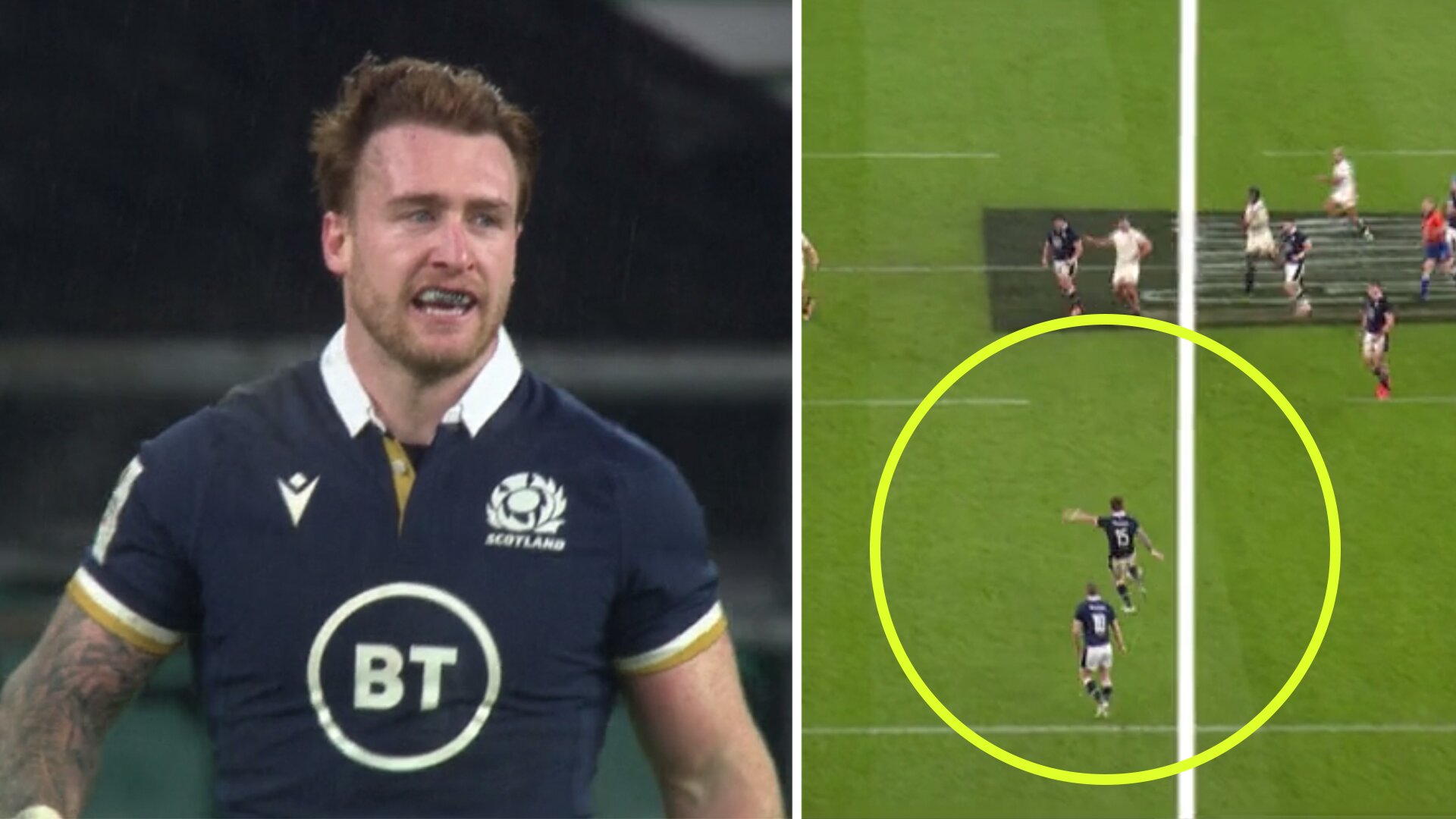 Scotland captain Stuart Hogg put in a masterful kicking performance on the weekend to help give the men in blue the first win at Twickenham in 38 years.

A compilation has been made showing just how impressive Stuart Hoggs’ kicking technique was in the game.

Scotland was able to masterfully manage England territory game in the match, they played with a lot more attacking intent than their opposition.

Stuart Hogg at his absolute best

England was heavily criticised after the match for the amount of kicking that they did. It got so bad that at one point in the match, statistics showed that Scotland had 70% of the entire possession in the match!

The 28-year-old spoke to media directly after the win, could the men in blue genuinely be contenders to win this tournament?

Scotland made history as they beat England at Twickenham 👏

One of the reasons why England could not get a foothold in the match was because of the calm composed kicking from Stuart Hogg. The captain in blue regularly managed to put England on the back foot in the match with his superb and accurate kicking.

A short compilation has been made showcasing just how good his kicking was at certain points in the match. No wonder he is being hyped so much by so many fans at the moment!

Now, surely comes the question surrounding whether the team has what it takes to actually go on and win this competition.

Scotland have regularly failed to finish better than third in the competition. Could this actually be their year?