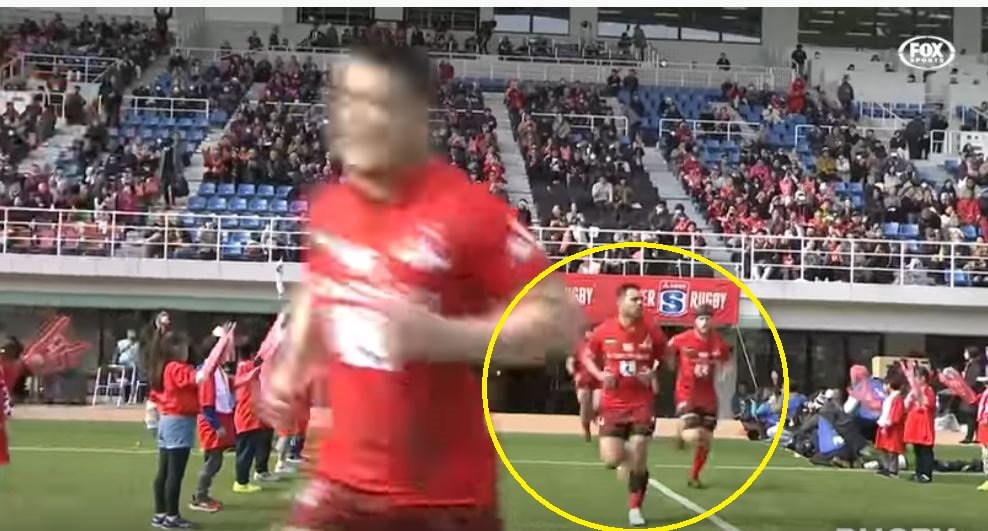 The Sunwolves have got their farewell tour off to the perfect start beating the Rebels by 36-27 at the Fukuoka Hakatanomori Stadium.

Ex-England centre Ben Te’o led the Sunwolves – who many deem the ‘worst team’ in Super Rugby – to ultimate victory over Brumbies.

Teo didn’t make the Rugby World Cup and now calls Sunwolves his home or something. Good on em.

Te’o, 32, joined Warriors from Leinster three years ago and has won 20 international caps, two for the British and Irish Lions in New Zealand two years ago, during his time at Sixways.

He has made 33 first team appearances for Warriors, the most recent in last Saturday’s Gallagher Premiership win over Sale Sharks at Sixways, and has scored eight tries including one in the away win at Bristol Bears last month.

Rugby Australia Chief Executive, Raelene Castle said: “Vodafone Super Rugby is unique among all sporting competitions across the globe – played across four continents and almost a dozen time zones – and remains the best provincial Rugby competition in the world, graced by many of the world’s best players.

“After one of the closest Aussie Conference races on record last season, we are looking forward to seeing our teams take their performance to another level in 2020.

“One of the key changes for the 2020 season is the introduction of earlier kick-off times for night matches in Australia, which we believe will be widely welcomed by Rugby fans and will give young families an opportunity to get out and enjoy the night at the Rugby and be able to get the family home earlier, or to tune in earlier on FOX SPORTS if they can’t make it out to the ground.”