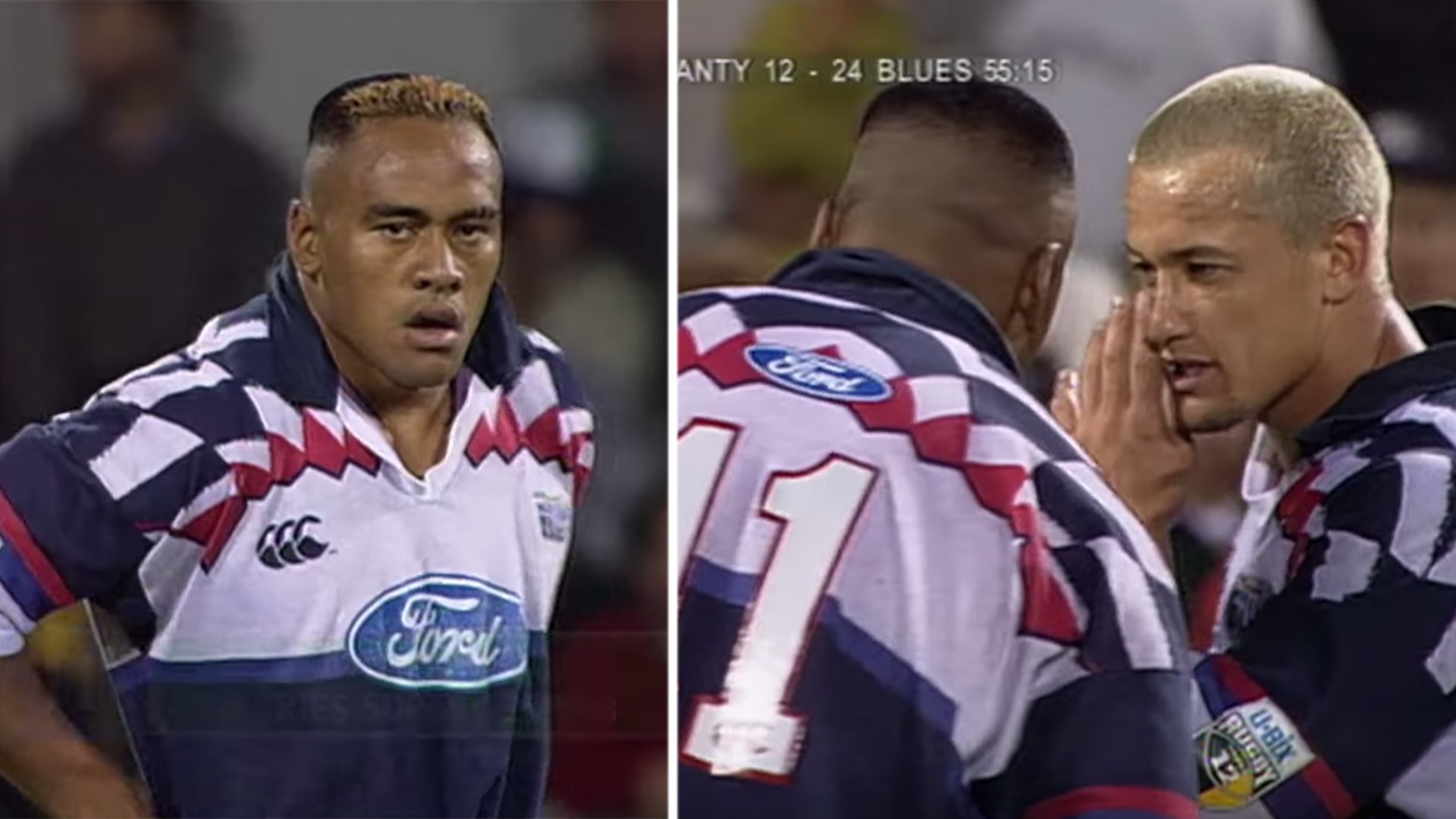 With no live rugby on at the moment, we have been instead treated to a whole host of different kinds of rugby. Super Rugby today released an old match when a young Jonah Lomu and Carlos Spencer were in their prime.

This match was from 1998 and it looks at the Blues vs the Crusaders in Super Rugby.

Jonah Lomu was just 20 at the time and you can see how much of an impact that he had on the match. If you look at this try that he scored here in the match, players were physically scared of him!

His counterpart Carlos Spencer was still very young in this match, but he was also as dangerous as ever for the Auckland Blues, who were a very strong team during this period.

When you see the players run out at the start of the match it’s amazing to see so many legends of the game looking so young.

In this clip you can see the likes of Andrew Merthens and Carlos Spencer lining up for their teams. And also Todd Blackadder for the Crusaders.

This is when Super Rugby clashes were brilliant affairs!

In other news: Australian rugby at serious risk due to Coronavirus

The internal division remains, but the financial strife afflicting Rugby Australia (RA) is among the big headaches helping bring world unions closer together, according to the boss of the English game.

Rugby Football Union chief executive Bill Sweeney said while the coronavirus pandemic was creating crises across the game globally, some national unions had been hit harder than others.

USA Rugby was the only union to have filed for bankruptcy but others were on their knees following the suspension of competitions and related revenue hits.

Rugby Australia announced a financial loss of $9.4 million for 2019 and, forecasting a potential $120 million revenue hit this year, has stood down 75 per cent of its staff for three months and slashed salaries to combat COVID-19.

But players remain in the dark on their predicament after Rugby Union Players’ Association bos s Justin Harrison entered discussions on their behalf on Tuesday.

Despite the security of a non-disclosure agreement, RA are yet to provide Harrison with a financial picture he thinks is clear enough to progress discussions.