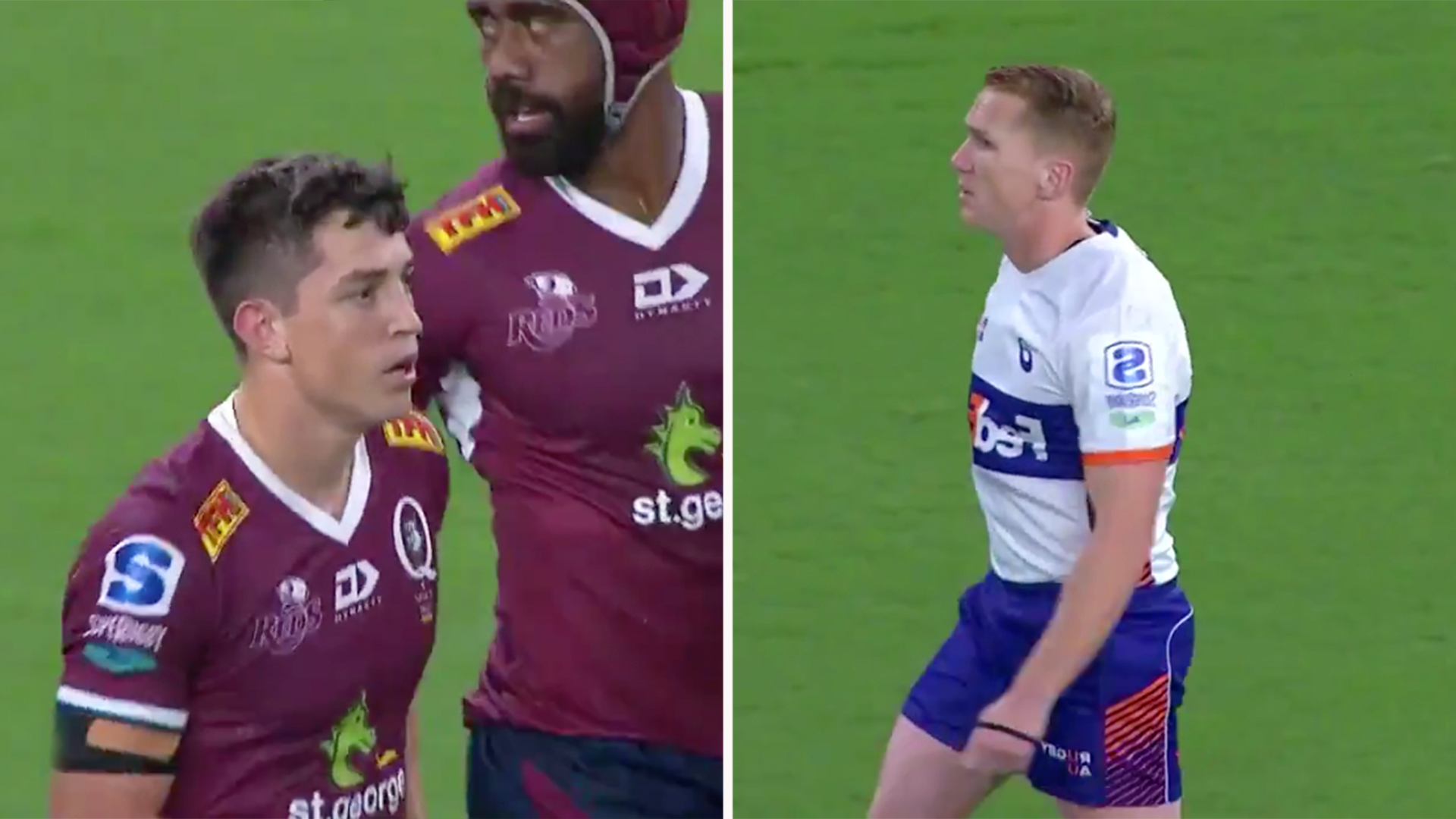 This morning saw the return of Super Rugby in Australia with the Reds facing up against the Waratahs in a hotly anticipated encounter.

The hosts walloped the Tahs with a comprehensive 41 – 7 victory but one of the scores from the win has baffled rugby fans around the world.

Is this a contender for worst TMO decision of all time?

The Super Rugby howeler occurred in the 8th minute of the clash with the Waratahs leading the Queensland side by 7 points to 3.

We see as Reds skipper James O’Connor blasts a hole through the Waratahs line before looking inside for the pass to his support runner.

watch the video below to see the full TMO shocker

The Reds bite back!🔥

Not without controversy though…😳

Forward pass or not?🤔

Here is another angle of the blatant forward pass from this morning’s Super Rugby clash.

Apparently not a ‘clear and obvious’ forward pass from JOC #REDvWAR pic.twitter.com/OITt4AuxxP

He throws the most-forward forward pass that you will ever – that goes to hand allowing the hosts to run in to take a 10 – 7 lead.

You can see the players walking back towards their own halfway line as the TMO goes to take a look at try-scoring pass.

There’s almost a resigned look in their eyes – knowing that the call would be brought back for a forward pass.

You also hear from what the commentators are saying that it’s a clear piece of foul play.

The Reds went on to win this match convincingly – but who knows how this decision may have effected the contest.