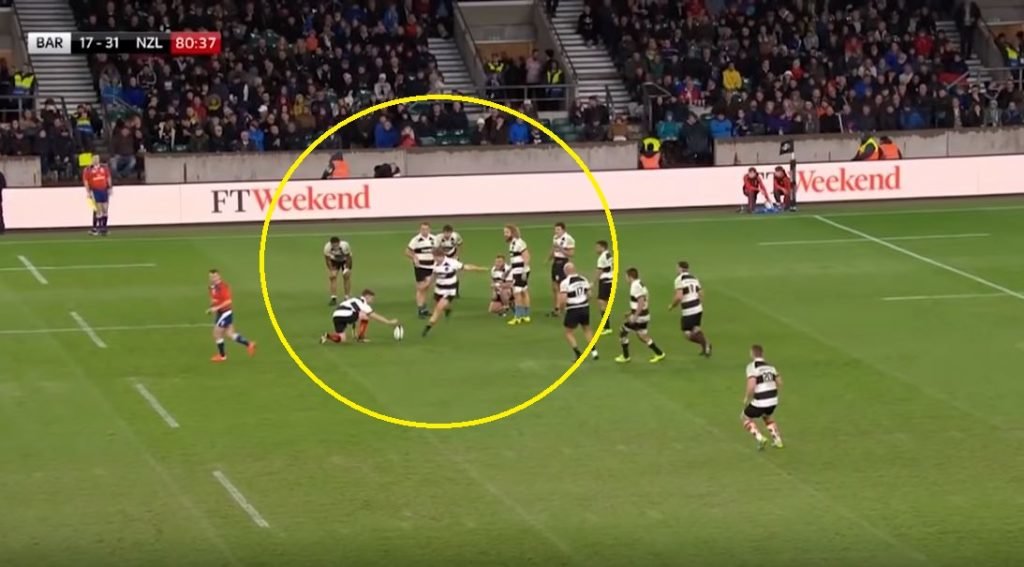 SUPERCUT: The best Barbarians tries ever have been stuck into a one ridiculous video

Some absolute stunners in this compilation from the official Barbarian FC account.

The Barbarian Football Club, usually called the Barbarians and nicknamed the Baa-Baas, is an invitational rugby union team based in Britain. The Barbarians play in black and white hoops, though players wear the socks from their own club strip. Membership is by invitation, and as of 2011, players from 31 countries had played for the Barbarians.

Traditionally at least one uncapped player is selected for each match.