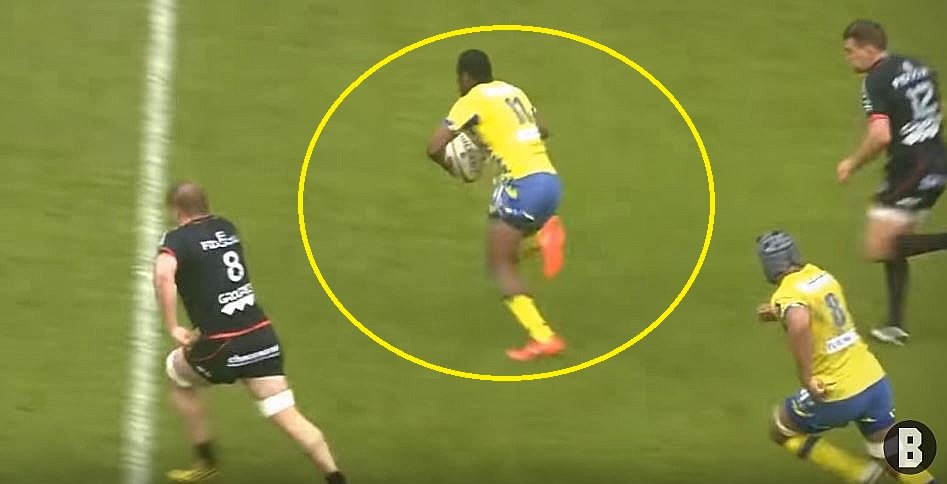 SUPERCUT: The Fijian secret weapon that may give France a RWC shot in the arm

Jacques Brunel has only got a matter of months to turn his French team around ahead of the World Cup in September.
The tournament will surely be the coach’s swansong in charge of Les Bleus, and he will want his team to be as strong as possible. Fortunately for the 65-year-old, he has one of the widest player bases to choose from in France, and while it has not clicked for him so far in his tenure, the combination of the French’s unpredictability and their resources, could cause an upset in Japan.

One player that will surely be in contention for a call up to the national squad later this year is Clermont Auvergne’s recently qualified Alivereti Raka. The 24-year-old is originally from Fiji, but qualified as a French citizen in December. An injury halted any hopes of playing over the Six Nations, but he will hope some good form for the French giants will force him into contention.

Here is what the winger has to offer:

For the first time in years, France had the semblance of a settled team over the Six Nations, particularly in the outside backs. Raka’s Clermont teammate Damian Penaud looks to have secured a place on the wing, and despite his abject stint as a fullback, Yoann Huget looks to be a contender to play on the other wing. But that does not mean that Raka cannot work his way into Brunel’s plans.

With typical Fijian flair, athleticism and footwork, Raka would be an asset to the French team as they hope to make an impact at the World Cup. The winger perhaps announced himself to the rest of Europe last season in Clermont’s 46-14 demolition at reigning champions Saracens, where he simply looked unplayable at times. If he is able to replicate that form for Clermont in the latter stages of this season, he will surely be on Brunel’s radar.