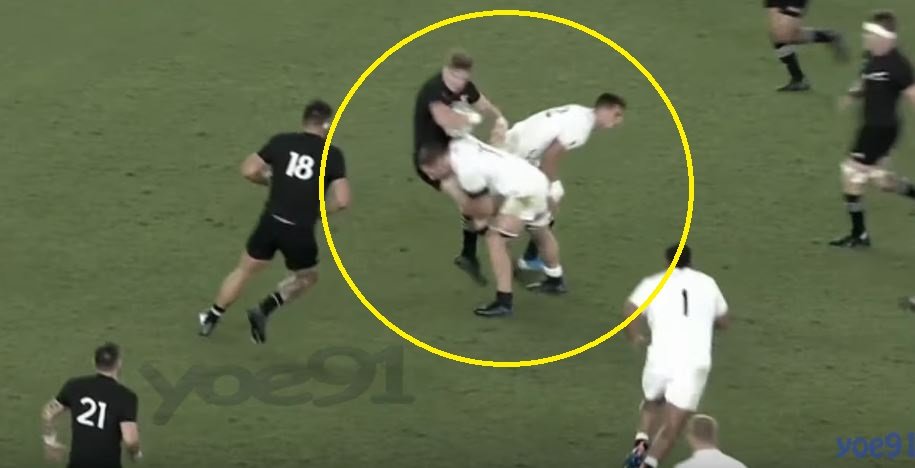 Tom Curry and Sam Underhill battered the All Blacks.

In fact England may well have won if it was just the two lads against the All Blacks. That’s not hyperbole.

Savea, Barrett and Reado were completely physically monstered by the Kamikaze Kids. Underhill Curry are the real deal.

Curry said after the game: “Games like this are massive, especially in the semi-final. We wanted to have passion because that drives English rugby, but also have control to maintain our focus.”

“We wanted to go at them early doors and that is the first part of the game, isn’t it? We tried to set the standard early. It worked so we are happy.”

“When you pick tall lads like that (Scott Barrett, NZL), there is an opportunity to work a bit lower. It came to fruition today. It was a big focus for us, especially getting attacking momentum going against New Zealand. It all starts at the breakdown.”

The Finals weekend kicked off in Rotorua on Friday night with Bay of Plenty hosting Hawke’s Bay in the ultimate Battle of the Bays for the Mitre 10 Cup Championship title.

Far from the try scoring affair that was expected from two attacking teams, Bay of Plenty emerged winners 12-7, with all their points coming off the boot of Dan Hollinshead.

The victory sees Bay of Plenty gain promotion into the Premiership for 2020.

Tasman secured an unbeaten season and their Union’s first ever Premiership title with 31-14 win in front of a home crowd in Nelson. Will Jordan crossed for two tries, while Mitch Hunt kicked 16 points to cement the victory.

In the Meads Cup Final, North Otago led from start to finish in their 33-19 victory, with the match highlight in the form of a first half drop goal from captain, and prop, Ralph Darling.

In wild conditions on the West Coast, South Canterbury spoiled the party, beating home team West Coast 23-19 in Greymouth. Two late penalties from William Wright put South Canterbury ahead and they managed to hold for their first title since 2013.

The Canterbury women claimed the three-peat with a 30-20 win over Auckland in a classic Finals fixture for the Farah Palmer Cup Premiership.

In an unbeaten season, it was Canterbury’s impressive backs that contributed to the score line and a Kendra Cocksedge drop goal that put the result beyond doubt.

Joining Canterbury in the Premiership in 2020 will be Otago, after they claimed the Championship title 24-20 in Dunedin today.

Hawke’s Bay held the lead until midway through the second half but two late tries saw Otago claim the result in their third consecutive Championship Final.

New Zealand Rugby Chief Executive Steve Tew congratulated all the teams that took the field in Finals and commented on six hard-fought matches.

“It was very fitting to see Tasman win their first premiership title in front of a vocal home crowd. Going through the season unbeaten is an impressive feat and I congratulate their coaching staff and players for their efforts.

“Bay of Plenty have also been a class team throughout the competition and thoroughly deserve their promotion into the premiership.

“The Heartland Championship continues to produce great rugby and the Meads Cup Final was no different, North Otago thoroughly deserve their first Meads Cup title since 2010. And after a confident semifinal victory last week it was great to see South Canterbury continue that form through to lift the Lochore Cup.

“Canterbury have continued their dominance in the Farah Palmer Cup with another hard-fought title. I congratulate them on an unbeaten season and it is fantastic to see a number of their players recognised with selection in the Black Ferns Development team. It was also great to see Otago gain promotion to the premiership after their third consecutive finals appearance and a tough Final against Hawke’s Bay.