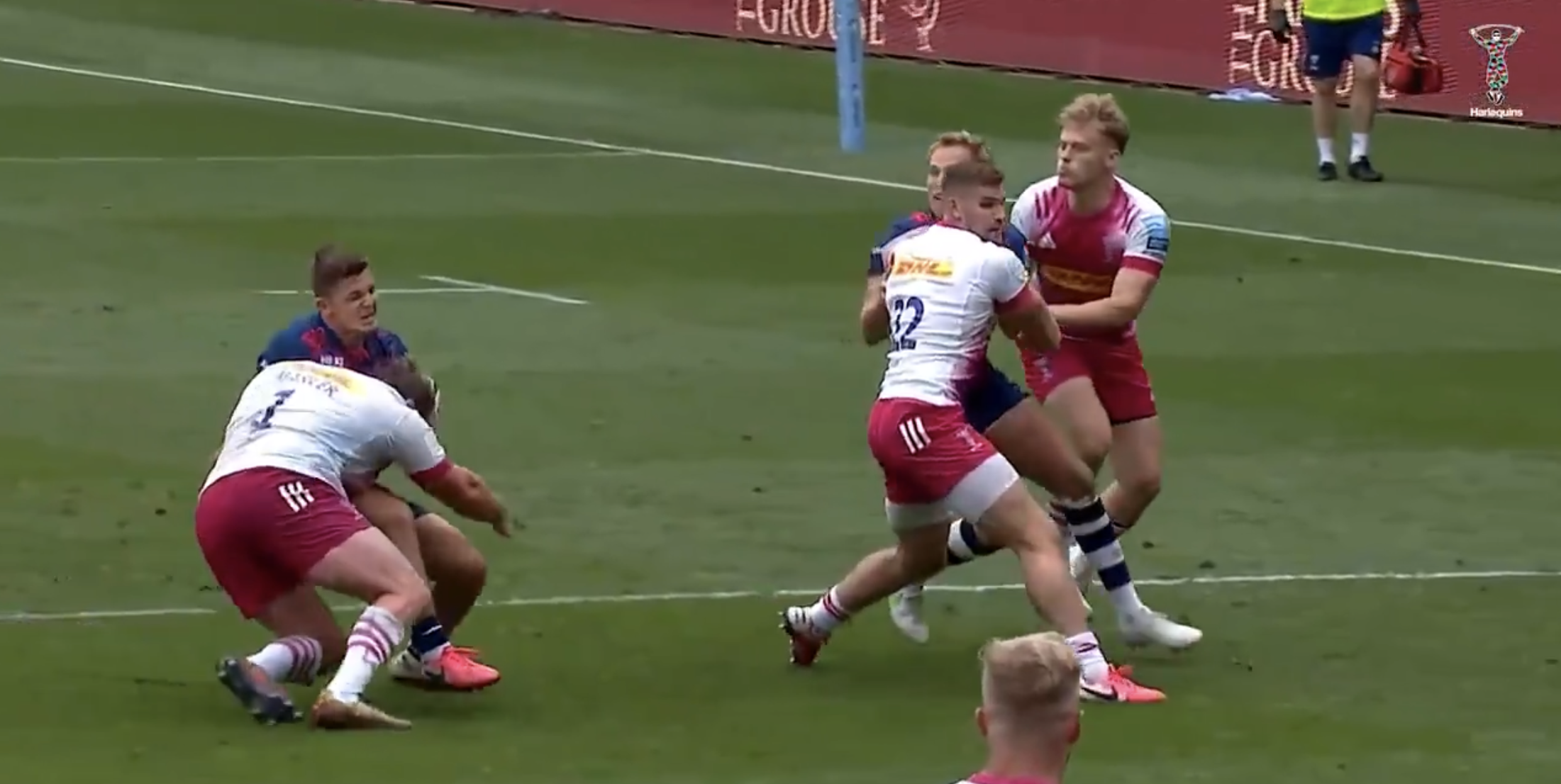 Tackling machine keeps proving Gatland made mistake not picking him

The shift Joe Marler put in at the weekend was nothing short of superhuman, lasting 95 minutes in Harlequins’ thrilling extra-time victory over Bristol Bears in the Gallagher Premiership semi-final.

The loosehead  was not simply making up the numbers for over and hour and a half at Ashton Gate on Saturday either, rather he was producing one of the defensive masterclasses he has become known for, shown no more clearly than in the final ten minutes of normal time.

With Harlequins still trailing by seven points, Bristol’s Callum Sheedy stood in the pocket to kick a drop goal on 75 minutes which would have put the game out of sight. Instead, the Wales fly-half opted to dummy the kick, taking two onrushing Quins defenders out of the game. It looked as though he had created a three-on-two situation in Quins’ 22 only for the England prop to track across and make the tackle in the 15 metre channel. The hit was so solid that Sheedy couldn’t twist to present the ball, allowing winger Louis Lynagh to get over and win a penalty. Quins scored from the penalty as they worked their way up field, forcing the game into extra time.

Despite missing England’s Guinness Six Nations campaign for personal reasons, Marler’s form at the Stoop made him one of the public’s leading candidates to make Warren Gatland’s Lions squad as one of three looseheads. The 2017 tourist missed out on the initial squad to Mako Vunipola, Rory Sutherland and Wyn Jones, but his form has not dropped one bit since missing out, and he proved once again in the semi-final that he is one of the best defensive props in the game currently.