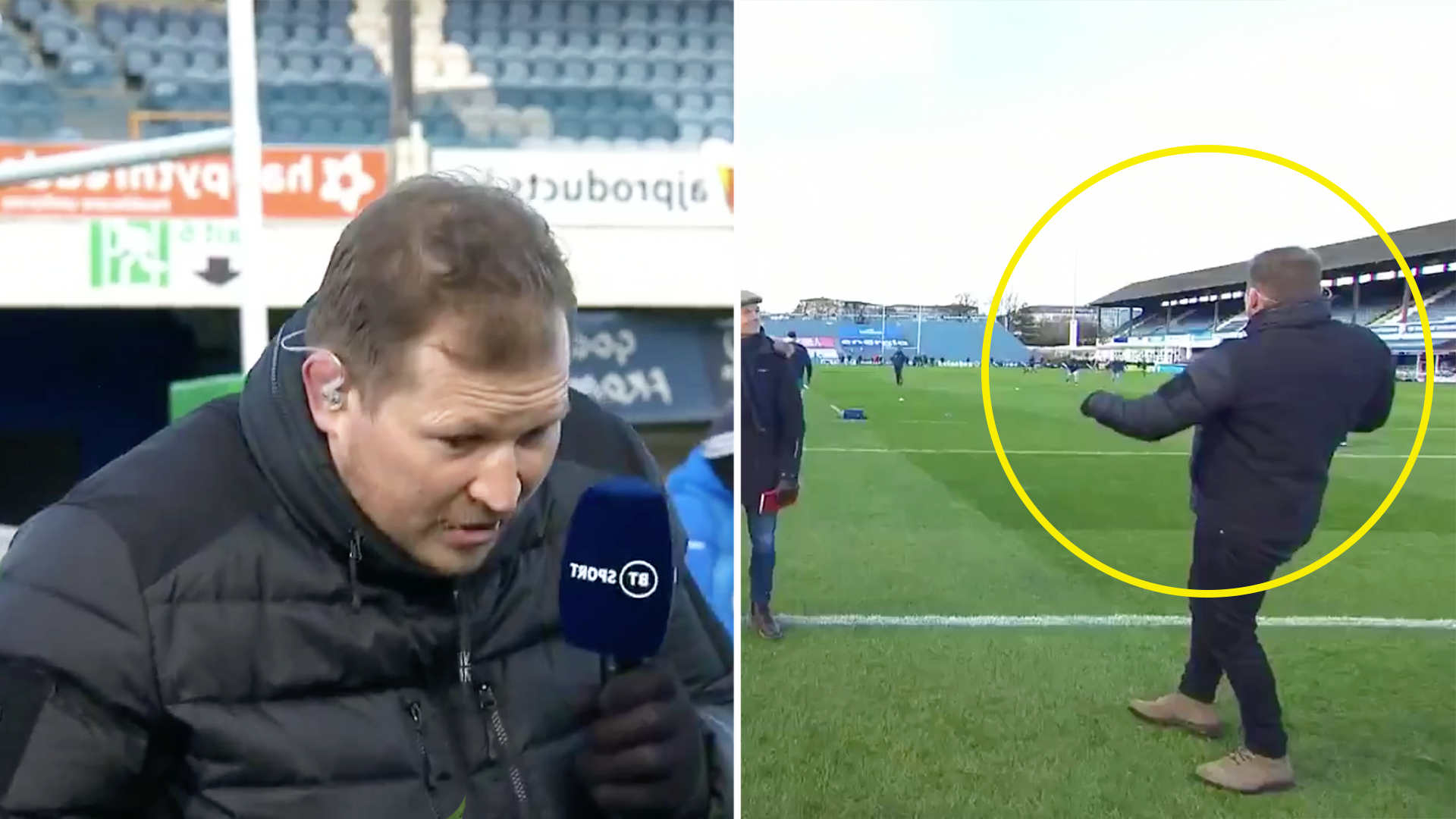 Tensions became a bit frayed earlier on today in Dublin as Leinster played host to Northampton Saints in the lead up to their Champions Cup clash at the RDS Arena.

The drama started well before kick-off as the BT Sport punditry team pitched up next to the playing turf in the pre-match coverage.

This moment from earlier on today has been making hits on social media.

We see as the punditry team of Craig Doyle, Brian O’Driscoll and Dylan Hartley lined up on the edge of the pitch with both sides preparing for the clash with their warm-ups in the background on the field.

As you can see in the video below, Hartley was less than pleased by the practical jokers.

It has to be said, Hartley took the incident in very good spirits. As did his co-pundits. Hartley went on to commentate on the clash at the RDS Arena as Leinster went on to record a 35-19 victory over Northampton Saints.

There was one moment in the clash which dragged Harltey and O’Driscoll back into the spotlight as they discussed the main focus point of the game in which Tom Wood avoided a red card for an illegal clear out towards the end of the encounter.

Here was the incident in question.

How do I explain to my grandchildren that this wasn’t a red card for Tom Wood? 😳 pic.twitter.com/NwQ73Zad1u

Some fans on social media criticised O’Driscoll and Hartley for describing this as a perfectly legal clear out and for stating that this was only a penalty offence.

@btsportrugby @BrianODriscoll @DylanHartley So a clear out that is aimed at the head and is done with force is ok? Surely that can’t be right in view of the climate at the moment. It’s dangerous end of story.

Wood comes in from the side, direct contact to head…its a straight red all day.

Is the Brian O’Driscoll currently defending Tom Wood’s right to smash Van Der Flier in the head at the ruck on BT Sport the same BOD who spoke three days ago about the duty of ex-players and pundits to change the way they talk about these incidents given the CTE lawsuit?