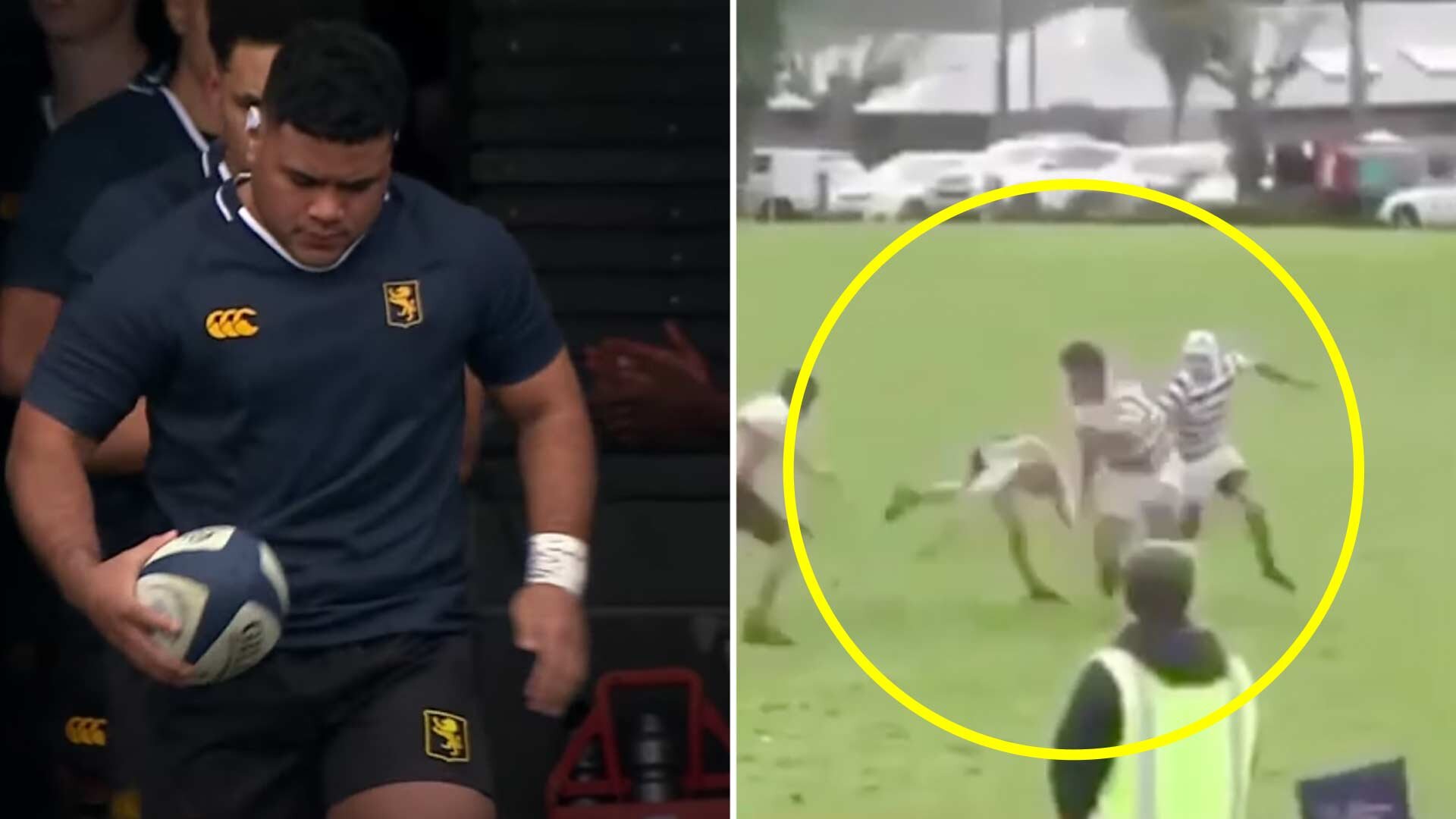 A simply terrifying try has been scored this weekend by a New Zealand schoolboy playing for Otago. We are not exaggerating when he says that he beat 9 schoolboys on the way to the score.

Footage shows the incredible moment Otago Number 8 Semisi Taeiloa picked up the ball from the back of the scrum and caused untold chaos with ball in hand!

Rugby has started again in New Zealand and that means Schoolboy rugby is back in the country with some of the top stars taking the field for their clubs!

Otago Boys High First XV star Semisi Taeiloa has scored one of the most sensational tries you’ll see all season.

Playing at No 8 for Otago Boys against John McGlashan College on Saturday, Taeiloa picked up the ball from a scrum and incredibly fended off nine defenders on a barnstorming 50 metre run to the line.

Many teams have been in action this weekend in New Zealand like Auckland Grammar, but this is by far the most interesting

Despite one commenter joking that Taeiloa was playing “in the wrong age group”, such was the ease at which he palmed off would-be tacklers – this was no mismatch, as the try was a pivotal one in Otago Boys’ eventual 29-21 victory.

Look at how this Number 8 swats the opposition players away with ease. A truly terrifying run from the New Zealand schoolboy!

😯 Ever seen a fend game this strong before? Stunning stuff from Otago Boys’ High School No 8 Semisi Taeiloa Tupou this weekend.