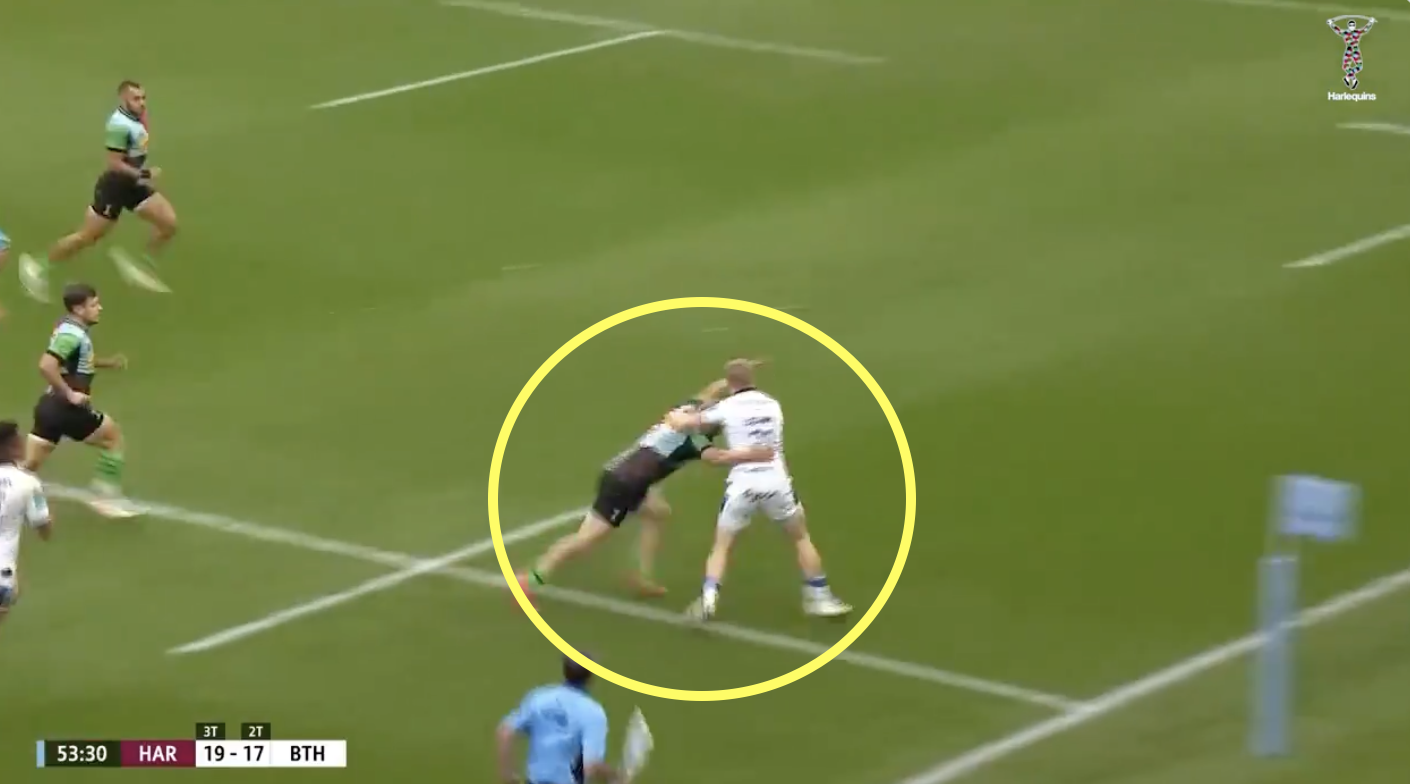 One player that many fans and pundits thought was in with a shot of making Jacques Nienaber’s South Africa squad last week was Harlequins’ Tyrone Green.

The 23-year-old tops the Gallagher Premiership stats this season for metres gained and defenders beaten, and has had a standout year having been fundamental to Quins’ Premiership triumph, scoring two tries in the epic semi-final against Bristol Bears. Though he is uncapped, he was one of the favourites to be called into the Springboks squad for the upcoming November internationals against Wales, Scotland and England.

He put the disappointment of missing out behind him on Saturday by starting against Bath at the Stoop. The South African has clearly posted some impressive attacking stats this season, but a clip of his defending has been shared by his club this week.

Defending a two on one as a fullback is a thankless task, as they are obviously outnumbered. But Green defended expertly after finding himself in that position against Bath. Commit to the ball carrier and it is an easy pass, predict the pass and you risk being sold a dummy, but Green was able to do both at the Stoop, forcing the carrier to pass and then bundling the receiver into touch.

Who knows what would have happened had the ball carrier Richard de Carpentier decided to dummy, but Joe Marchant was tracking across field, which may have given Green the opportunity to track the pass.

Take a look at this defending:

Harlequins won the contest 31-17, picking up a bonus point in the process. The win kept them in second place in the Premiership, although they probably have their most difficult match of the season this Sunday as they host third place Saracens, who have posted 50 points two weeks in a row.