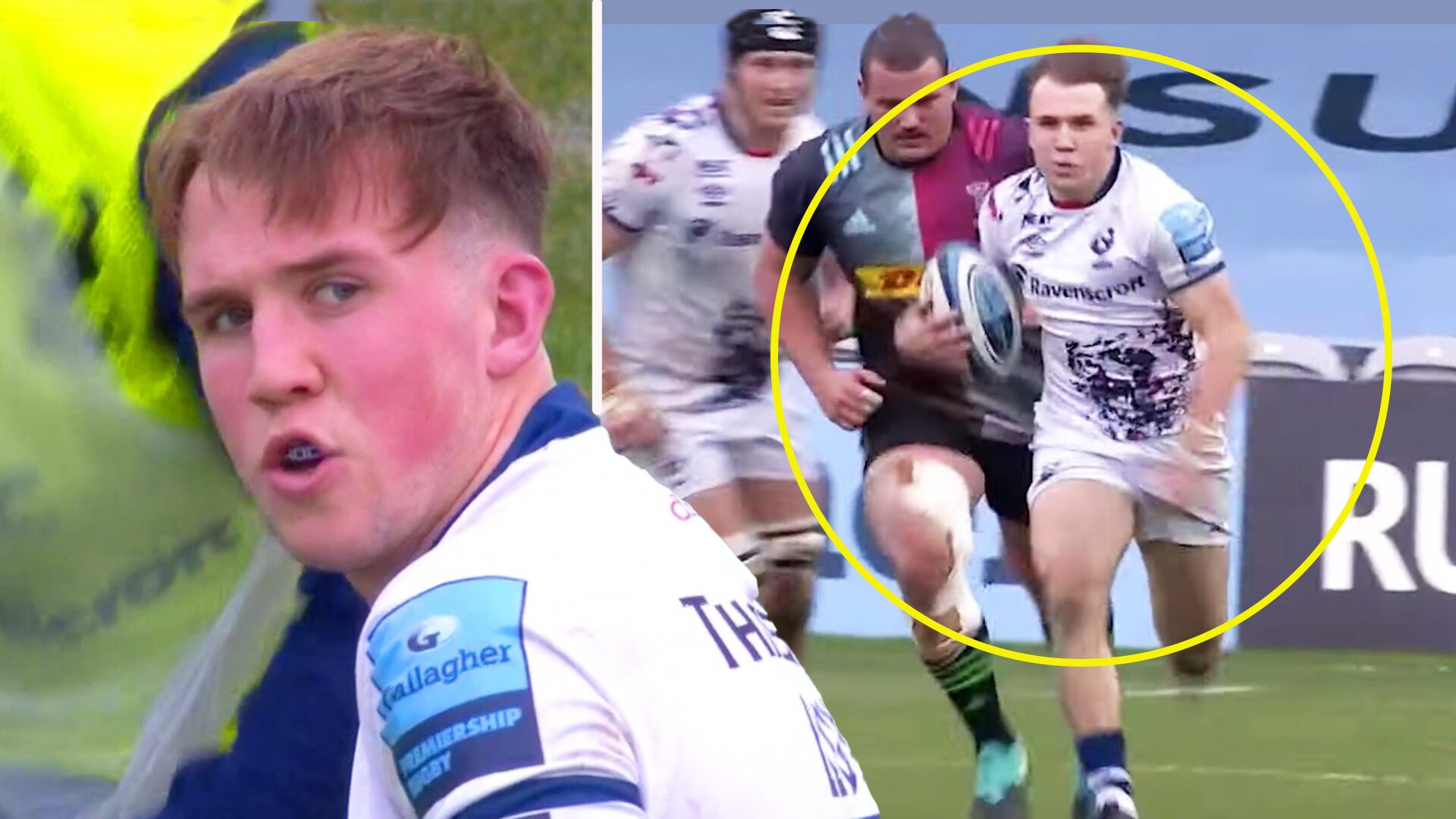 Ioan Lloyd is the real deal.

There have been many incredible young talents that have entered the Welsh rugby circuit over the years that have promised to emulate the Welsh greats of 1970’s but none quite like this guy.

I’m telling you right now – this kid IS the going to make Barry John look like Shontayne Hape and that’s no word of a lie.

A new video has dropped today that showcases just how incredibly gifted this young 19-year-old is.

The footage from the channel, ‘Owen Farrell’s shoulder’ showcases everything that is exceptional about the Bristol flyer’s game.

In the last 12 months, he has had a meteoric rise to the top after becoming a firm favourite of Bears boss, Pat Lam.

The video showcases less than two minutes of footage from Ioan Lloyd’s performance against Harlequins – but that’s more than enough to prove that the kid is the saviour of Welsh rugby.

Watch the sensational new footage in the video below.

Ioan Lloyd’s introduction into the national set-up has come at the perfect time with Wales in dire straits after a miserable 2020.

Informants to Rugby Onslaught have reported back to headquarters with reports that this new rugby prodigy is widely being considered as the Messiah in many parts of Wales.

People will say that we’re hyping this kid up – but if you watch the footage, you don’t really have a leg to stand on, do you?

Fans have raved about Ioan Lloyd on social media for months – here are some of our picks.

Controversial opinion for 2021? – Ioan Lloyd should embrace his new role as a young Lee Halfpenny by wearing a scrum cap and packing on 20 lbs of muscle #BRIvNEW

When Ioan Lloyd was born, Kelly Jones was rasping his way to No 1 with Mr Writer.

If there’s a way to feel old, it’s talking to the 19-year-old wunderkind.