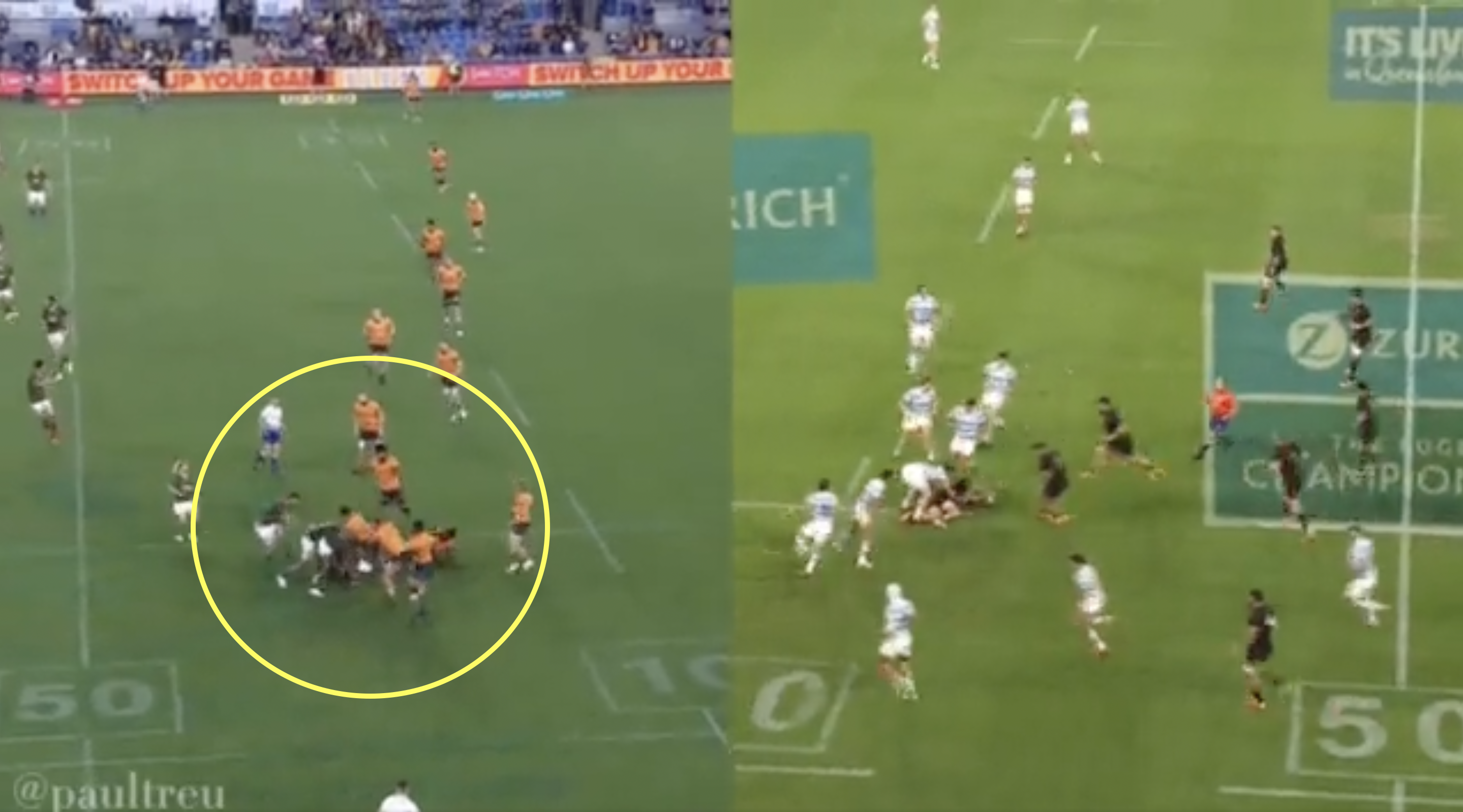 South Africa’s preference to kick the ball is something much of the rugby world is aware of by now, and it has served them very well over the years.

South Africa’s clash with the All Blacks is the ultimate contest of rugby styles, as New Zealand have a reputation of keeping the ball in hand far more. Well, former South Africa Sevens coach Paul Treu recently provided a short clip last year that perfectly exhibits the difference in philosophies between the Jacques Nienaber’s side and Ian Foster’s.

Both clips came from last year’s Rugby Championship, and see the Springboks regain a kick at the halfway line, and the All Blacks do the same against Argentina. However, what the two teams do from there is remarkably different. This is the clip:

It must be noted that in this situation, the All Blacks are able to gain some ground after catching the kick, which not only builds momentum but facilitates a quick ball recycle. That makes the Argentinian defence very narrow, and therefore allows the All Blacks to move the ball wide. Conversely, Australia are able to slow the Springboks down, only slightly, which makes their defensive line that bit more solid.

However, the All Blacks opt to receive the ball about five metres behind the ruck and play flat from there. On the other hand, the Springboks ship the ball about 15 metres backwards, and then ship it back again without running forward, creating plenty of time and space for Willie le Roux to kick. Apart from the pod of South African forwards that were set up, their entire line was set up to kick, while the All Blacks’ first intention was clearly to keep ball in hand.

The new 50:22 Law may have encouraged the Springboks to kick again as there would have been space in the back field. In fairness, they came very close to kicking the ball into the 22, which would have given them the lineout and would have been deemed a good idea.

This video is a helpful snapshot of the two sides’ tactics. It is not as if the All Blacks do not kick, they clearly do, but they use it as a platform to attack with ball in hand, which is maybe where they differ with the Springboks.