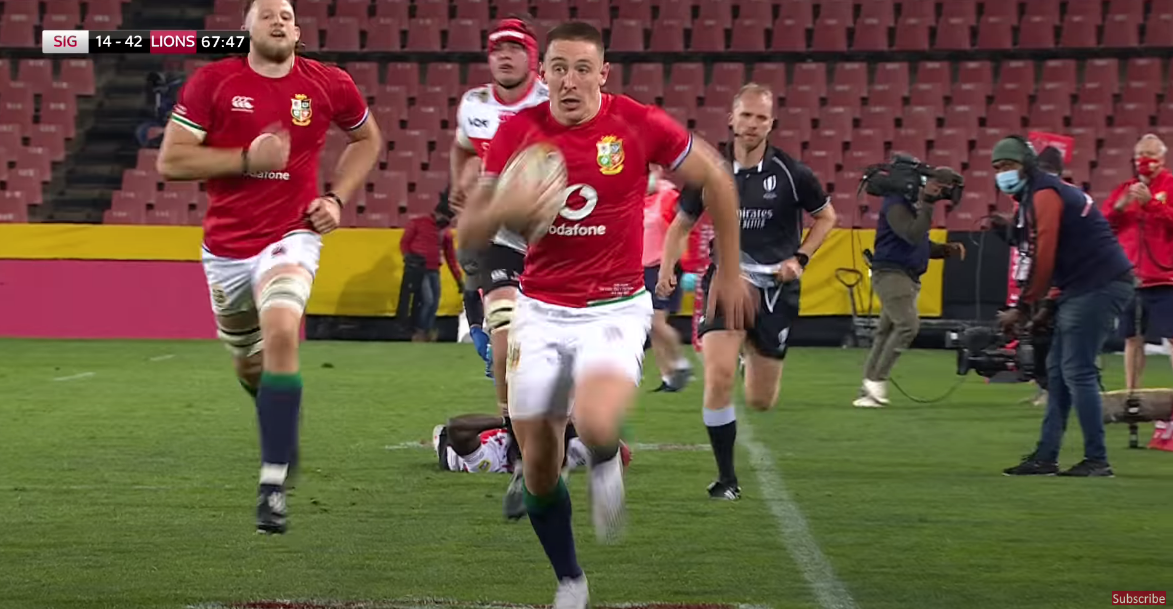 The British and Irish Lions made it three wins in a row on Wednesday when they comfortably beat the Cell C Sharks.

It was the second time in as many matches that the Lions scored over 50 points, with both Duhan van der Merwe and Josh Adams grabbing hat-tricks. The Welshman was playing at fullback on this occasion after starting on the wing against the Sigma Lions a week before, where he bagged four tries. Having scored on his Lions debut against Japan, the Cardiff wide man now has eight Lions tries in three appearances.

This is some strike rate, even for a player who has 17 tries in 32 Wales caps, which included being the 2019 Rugby World Cup highest try scorer. What is even more remarkable is the fact that he has only made 26 carries so far across the three appearances. This stat has been shared on social media, meaning he is averaging a try every 3.25 carries.

Josh Adams has scored 8 tries from 26 carries on tour so far, a try for every 3.25 carries 🤯 @lionsofficial

Adams may not have been in Warren Gatland’s draft Test XV initially, but form like this cannot be ignored. The 26-year-old is undeniably in red hot finishing form, and all Springboks players will be taking note ahead of the Test series, which starts on July 24.