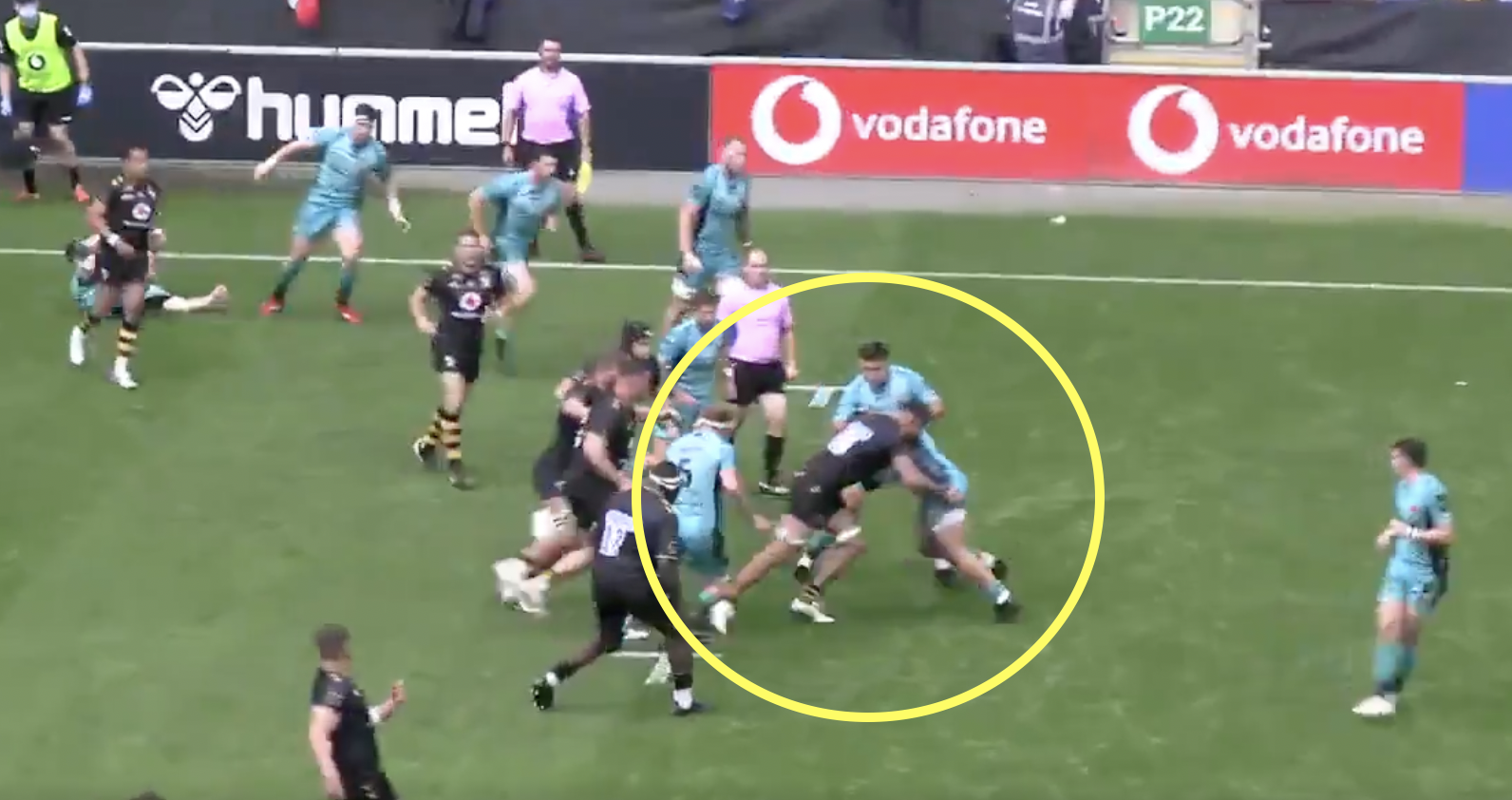 The All Black already making a huge impression at Wasps

Wasps may have finished their pre-season matches with a loss to Dragons in Coventry on Sunday, but it was a good chance for some of their new players to show fans what to expect in the coming season.

One of those was All Black Vaea Fifita, who was packing down at second-row again, this time alongside debutant Elliott Stooke, who arrived from Bath this summer. Both players are two of Wasps’ landmark signings, and the 11-cap All Black showed why he could be one of their key players this season with a bone crunching hit against the Dragons.

A second-row combination of Stooke and Fifita, in front of a back-row of Brad Shields, Thomas Young and Tom Willis, makes a seriously dynamic and highly rated pack. With Joe Launchbury and Jack Willis also being added to that cohort at some point when they have recovered from long term knee injuries, head coach Lee Blackett will have a lot of optimism going into the new Gallagher Premiership season.

Fifita is comfortable at lock and the back-row, and won the majority of his All Blacks caps as a flanker, so he could move to the back of the scrum as the season progresses to team up with Shields again, whom he won Super Rugby with in 2016 while they were both at the Hurricanes. The 29-year-old earned the last of his All Blacks caps in the epic 16-16 draw with South Africa in the 2019 Rugby Championship, and brings a serious amount of pace for a player his size, and would be one of the most mobile locks in the league if he continues to play there.

The new Premiership season starts this weekend, although Wasps have a bye week in round one, meaning their season starts on September 25th when they face last season’s table-toppers Bristol Bears at the Coventry Building Society Arena.