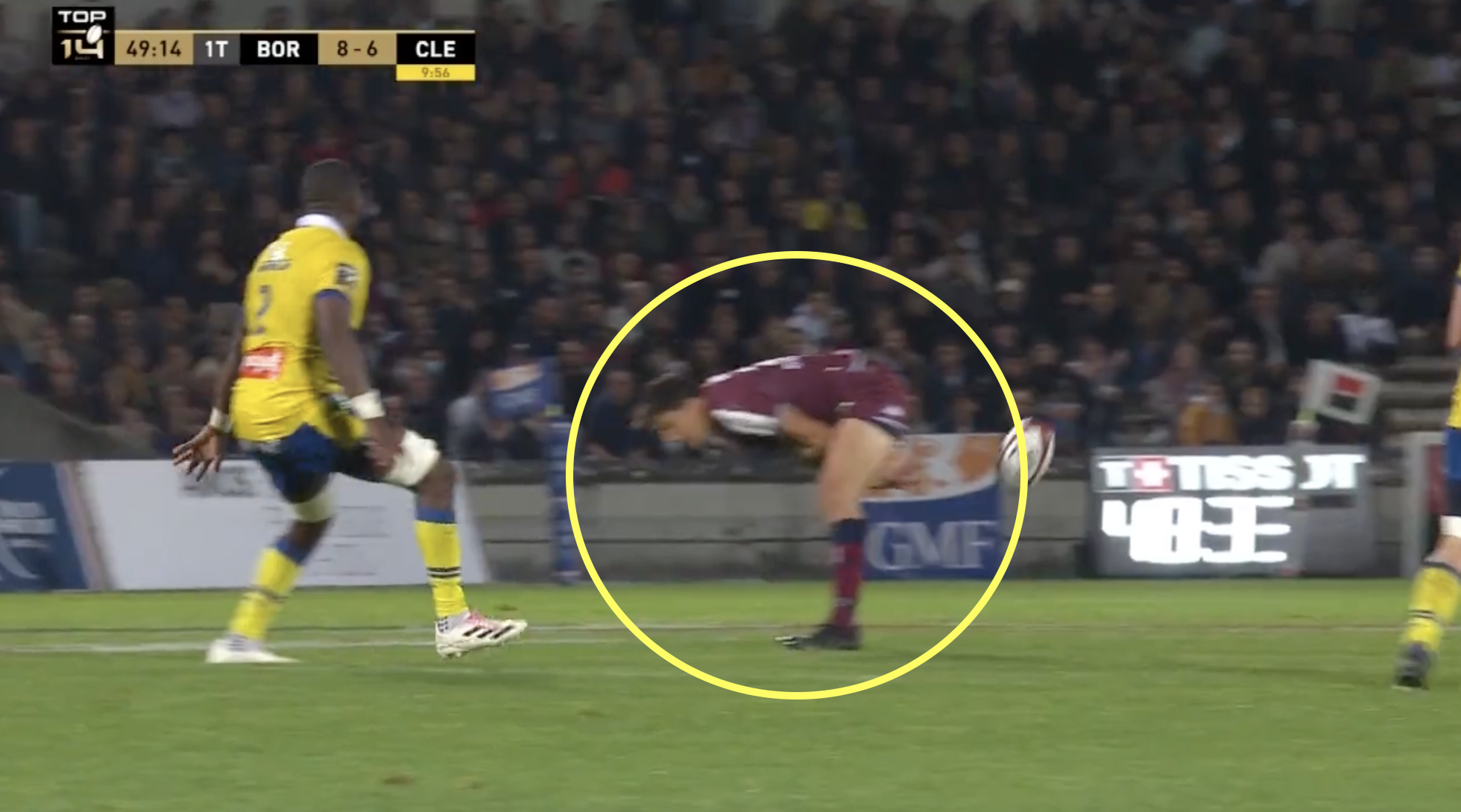 We all love a ‘through the legs’ pass, there is no denying that, but doing them for the sake of it is sometimes daft, and former France fly-half Francois Trinh-Duc may have been guilty of that at the weekend.

The experienced Bordeaux Begles No10 pulled the pass off again ASM Clermont Auvergne last Saturday, and while it looked impressive and did not create any problems, it was not entirely necessary.

The 34-year-old received a bobbling ball while facing the ruck, which is the position that a player would usually pull off a ‘through the legs’ pass, but in this situation there was not even a defender within five metres of him. The pass subsequently went over the head of the two players on his shoulder, but fortunately landed in the hands of his fullback Nans Ducuing.

As flashy as this was, this pass surely must win the award for the most unnecessary ‘through the legs’ pass, and he would be the first to admit that he had time to turn and pass. Though Bordeaux went on to win comfortably, the score was only 8-6 at the time, so this could have been calamitous as the ball could have gone anywhere.

Trinh-Duc was obviously hoping to join some fairly esteemed company of players who have created tries with this pass. Of all of the passes that have been produced over the years, Carol Spencer’s is probably the most iconic, in setting up a try for Joe Rokocoko in the 2003 World Cup semi-final against South Africa.

Beauden Barrett also joined the elite group in 2018 with a try set up for Rieko Ioane against the Wallabies.

Of course, Brian O’Driscoll has also pulled off this august manoeuvre on a rugby field, although it is fairly obvious that he would have at some point across his career.