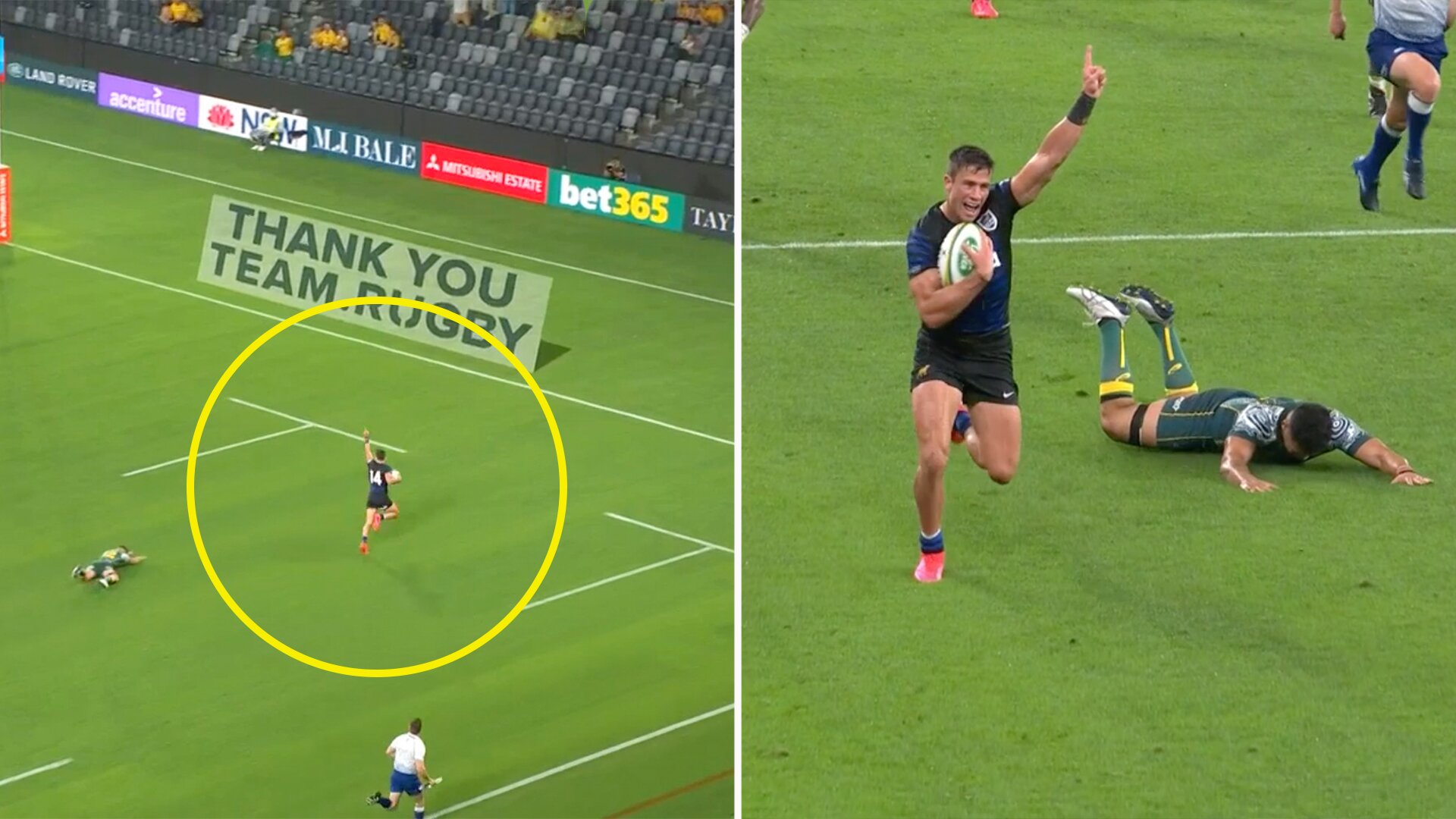 Bautista Delguy has been stealing the headlines this morning after a sensational first-half performance in the Tri-Nations clash against the Wallabies.

His side, Argentina, went into the break with the scores standing at 6-13 after a spectacular try for the Pumas winger that had fans raving on social media.

You’re gonna want to watch this!

The Pumas battled it out against the Wallabies this morning in a hotly contested Tri-Nations clash with the South Americans looking for a strong response after last week’s hiding against the All Blacks.

One name that you may not have heard of before today was that of Delguy. After this performance, you’ll want to take notice of him!

Supporters online have been raving about the speedster’s score today.

After watching this we’ll think you’ll have to agree! Watcht the outstanding Argentina score in the video below.

We see as the Pumas set up a rolling maul off the lineout, deep in their own half. They get the shove on and march their way up the field from 80m from the Australian try line.

Then, we watch as the Argentina scrum half then breaks away from the maul catching the Australian defence off guard.

He swerves in and out of the covering defenders before releasing it out wide to Delguy who showed wonderful feet to wrongfoot his opposite man unleashing a brutal handoff to down the last defender.

Fans were raving on social media about the stunning score from Argentina earlier today.

No matter what any of his teammates say or do, I can’t think of a thing that would ever make me not love Bautista Delguy.

Bautista Delguy is so slippery man….

Hand-off into finger-point-celebration is a new level of 💅 from Bautista Delguy. Awesome.