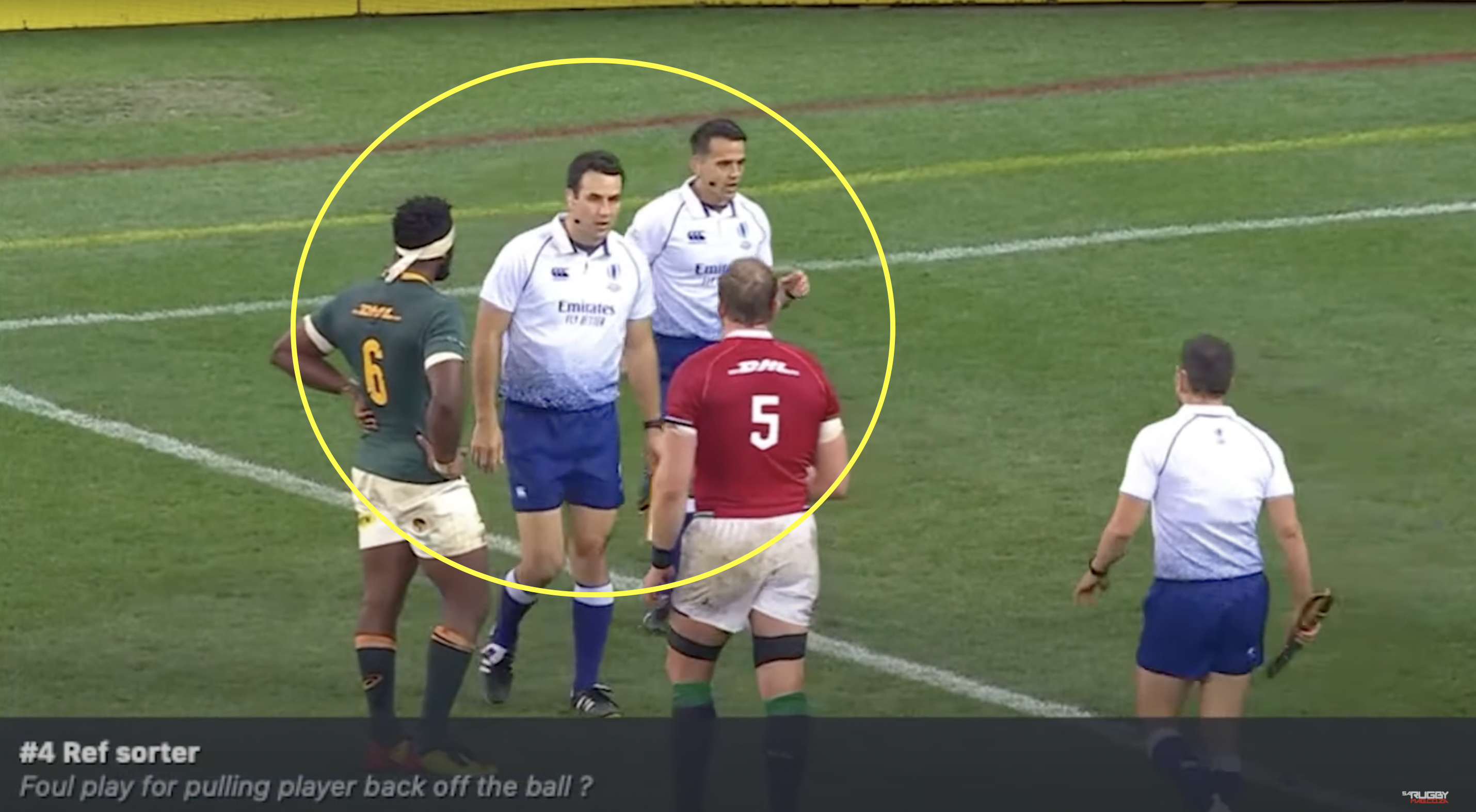 The best of social media reacting to Rassie’s epic video

South Africa director of rugby/ water boy Rassie Erasmus/ Jaco Johan has gone above and beyond this past month to ensure the weeks between Test matches are not dull, and he provided some light entertainment again for the rugby world this week with an hour long video discussing his queries from the loss in the first Test.

As someone who has used social media as a vehicle to get his point across this series, either in person or potentially as the now infamous Johan, he must be aware that a video like this would a receive a backlash online.

On the one hand, there is something about this video that is worrying the public as it set a dangerous precedent regarding the criticism of referees in the future. On the other hand, this has provided plenty of amusement for fans. To be fair, if any coach is going to share a video like this, the jokes write themselves.

I heard Rassie has contacted Peter Jackson about doing a 6 hour trilogy on Munsters loss to Scarlets in Pro12 final.

The burner account was cool, the press conference was hilarious, but I think I’d draw the line at “feature length documentary about how Nic Berry is bad at his job”

Rassie seems to be at my 4th pint post-match blaming ref stage.
Which is right before my 5th pint post-match, sure it’s only a game stage.
But, it’s 5 days later and he’s a professional coach.
Really not sure what the end game is here

My favourite part of the video was when he kept replaying Daly holding Mapimpi back (fair).

But the same replay kept showing Lukhanyo Am absolutely smashing Henshaw with no arms to knock the ball loose in the first place. No mention of it.😅

It’s rugby, there are missed calls.

I was all for Rassie Erasmus’ Twitter antics but I’m not sure about this new Shia Labeouf phase.

I dont know, first the burner account now the hour long video. Kinda turning into the trump of rugby

My favourite quote from the #RassieTapes so far apart from Alwyn Jones is “There’s no something, like that’s a nothing.”