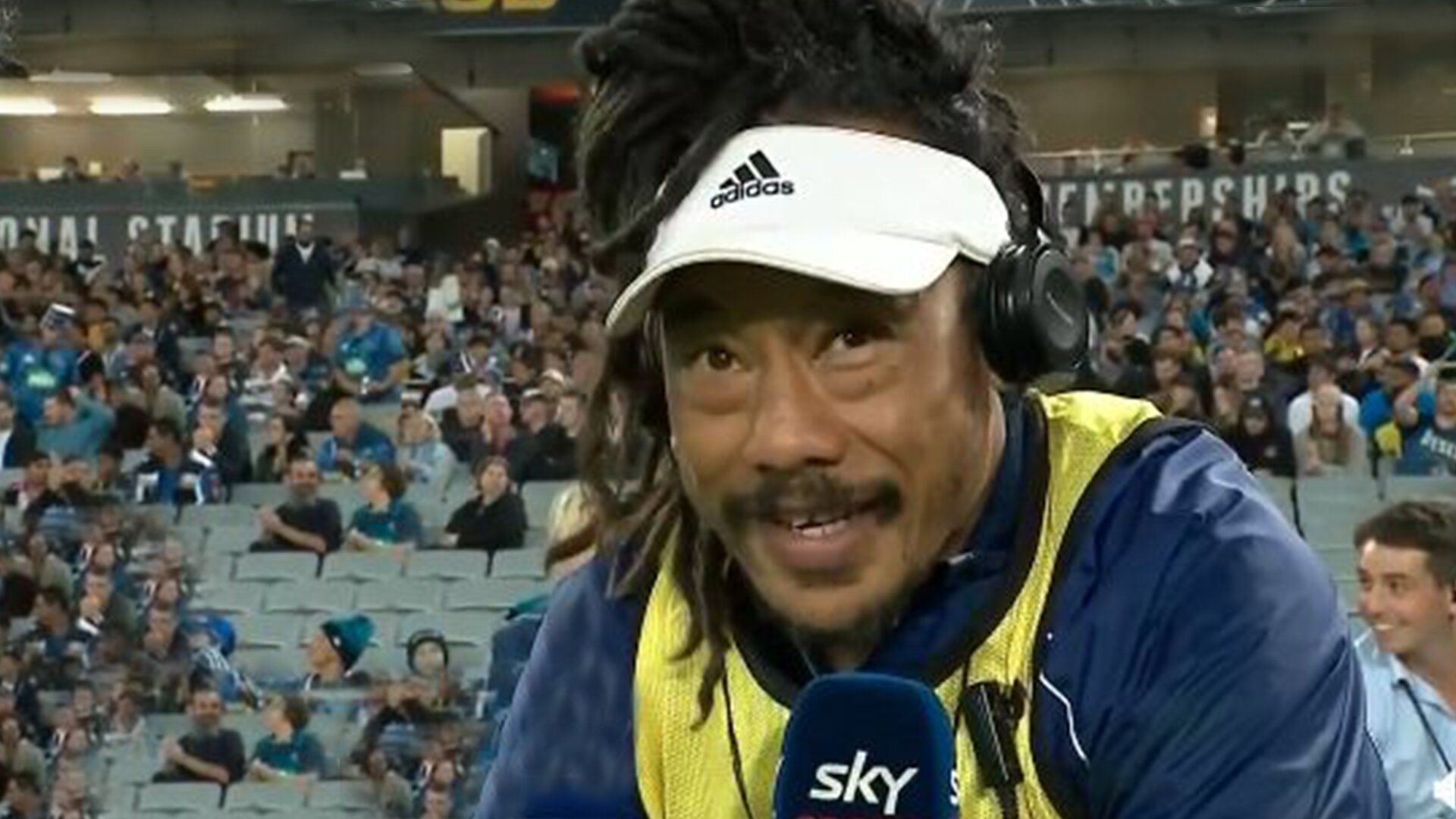 A Tana Umaga pitchside interview is confusing and surprising rugby fans around the world for many different reasons.

The Blues took on the Hurricanes this weekend in Super Rugby Aotearoa, but it was a moment with one of their coaches, legendary All Black Tana Umaga which had fans confused.

The Auckland Blues are currently second in the New Zealand Super Rugby competitin four points behind the dominant Crusaders. It was a brilliant game this weekend if you were up early for it. The style of rugby they play in New Zealand is on another level and miles ahead of the Northern Hemisphere in terms of class and style.

When the camera cut to Umaga, it seemed like his words were slurred and some fans even suggested that he may have been drunk!

It turns out that it was probably the microphone in his ear which was at fault for what happened in this situation.

The delay on his microphone appeared to be his undoing here with it meaning that he couldn’t hear what he was saying when the camera went his way.

It is similar to what we saw with James Haskell back in 2018 when he had similar audio issues.